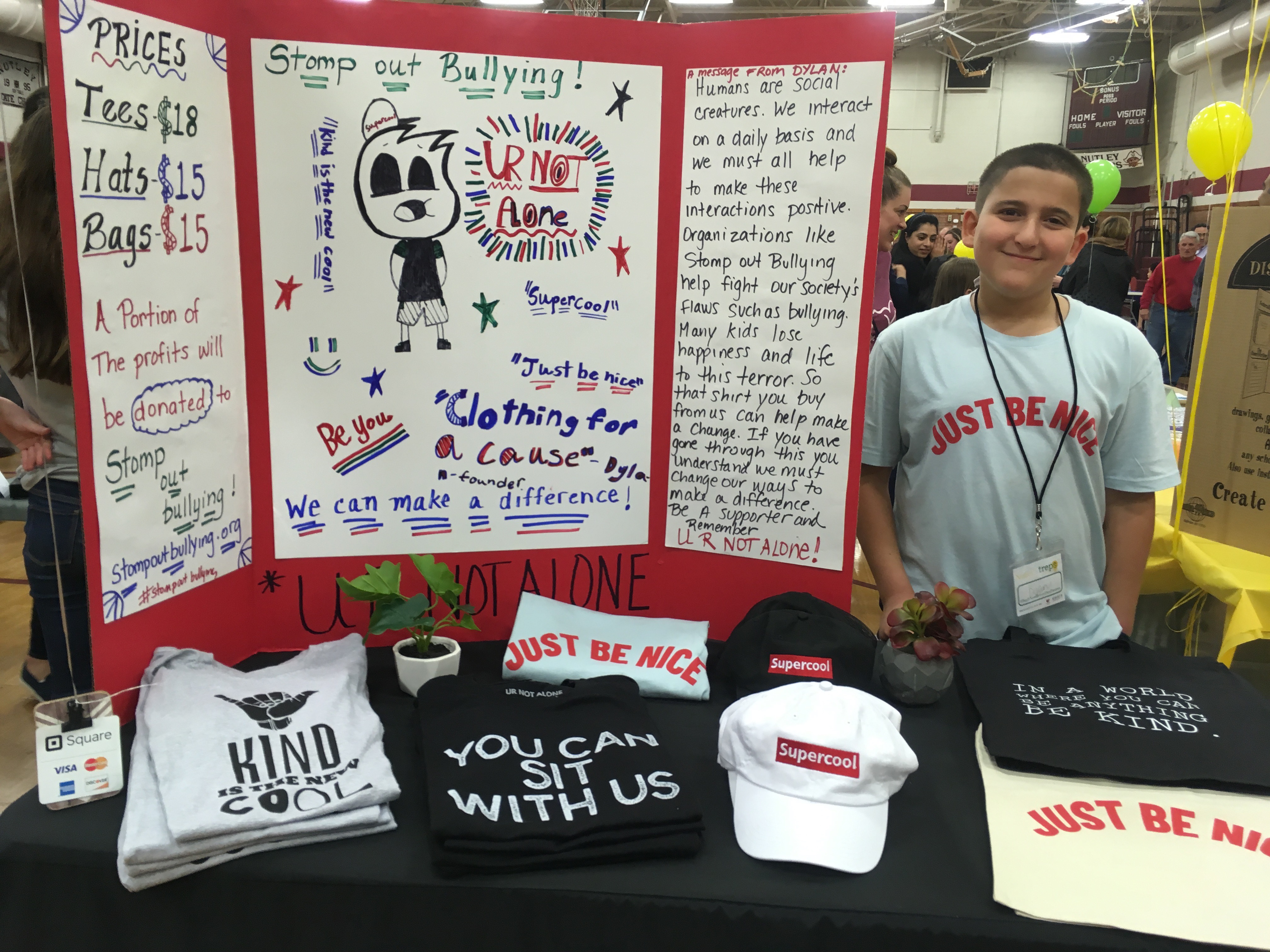 The Young “EnTREPreneur$” of Nutley

Submitted by Allyssa Bovasso Pignataro on 28 May 2019

In its second year, the Nutley Trep$ Marketplace, where students showcased and sold their items, took place on April 26, 2019. Trep$ is a project-based learning program that teaches students from grades four through eight how to start their own business and also teaches them the skills needed for the future.

Mr. Kent Bania, Director of Curriculum, Instruction and Assessment 6-12 helped to bring this program to Nutley last year.  The program originated from the NEF grant awarded to a parent to purchase the license and materials to run the program here in town. “The district has assisted with finding qualified instructions, preparing the instructors, organizing students and payments, providing classroom and logistics, as well as all other aspects of the operations of the program,” stated Mr. Bania. He also says that the program enrollment has increased significantly and, “the repeat students have more creative and better designed products, and there is an increased sense of innovation across the district.”

The marketplace, held in the Nutley High School gym, allowed the students to set up booths, marketing materials, and sell their products. There were students who made and sold slime, cookies, and dog treats, but one stood out from the rest. Almost all of the students products sold for less than $5, but sixth grader, Dylan Thayer of Radcliffe Elementary School, had items that cost a little more than the rest. Dylan was selling t-shirts, hats, and bags that said things like “kind is the new cool” and “just be nice.” They sold for $18-$20. A portion of the profits made from Dylan's table were donated to Stomp Out Bullying, a national anti-bullying and cyberbullying organization for kids and teens in the U.S. The organization offers support for students who experience the harmful effects of bullying.

Dylan plays recreation basketball. He hopes to play on the travel team this year and is in the process of trying out. In school, his favorite subjects are language arts and science. He is very interested in computer programming and robotics. He also loves writing stories and creates scripts. Dylan is very interested in entrepreneurship as a whole. “I look up to people like Elon Musk and Jeff Bezos and people like that. I want to one day become a real entrepreneur with my own product or company. This was just a cool stepping stone,” says Dylan.

In fifth grade and a portion of sixth grade, Dylan said that he had a rough patch with his own friends and was a victim of bullying. “It’s hard and I know a lot of kids have to go through it unnoticed,” he said. “I was able to take a stand so I wanted to help the organizations that are helping to take a stand and that’s why I am donating towards anti-bullying to send a message out.”

Dylan’s mom helped him design the shirts, bags, and hats online. The bags were big sellers and sold out first and most people bought two at once. Dylan also was taking special orders for people who wanted an item that was sold out. He and his mom drove around town delivering the items to people at their houses.