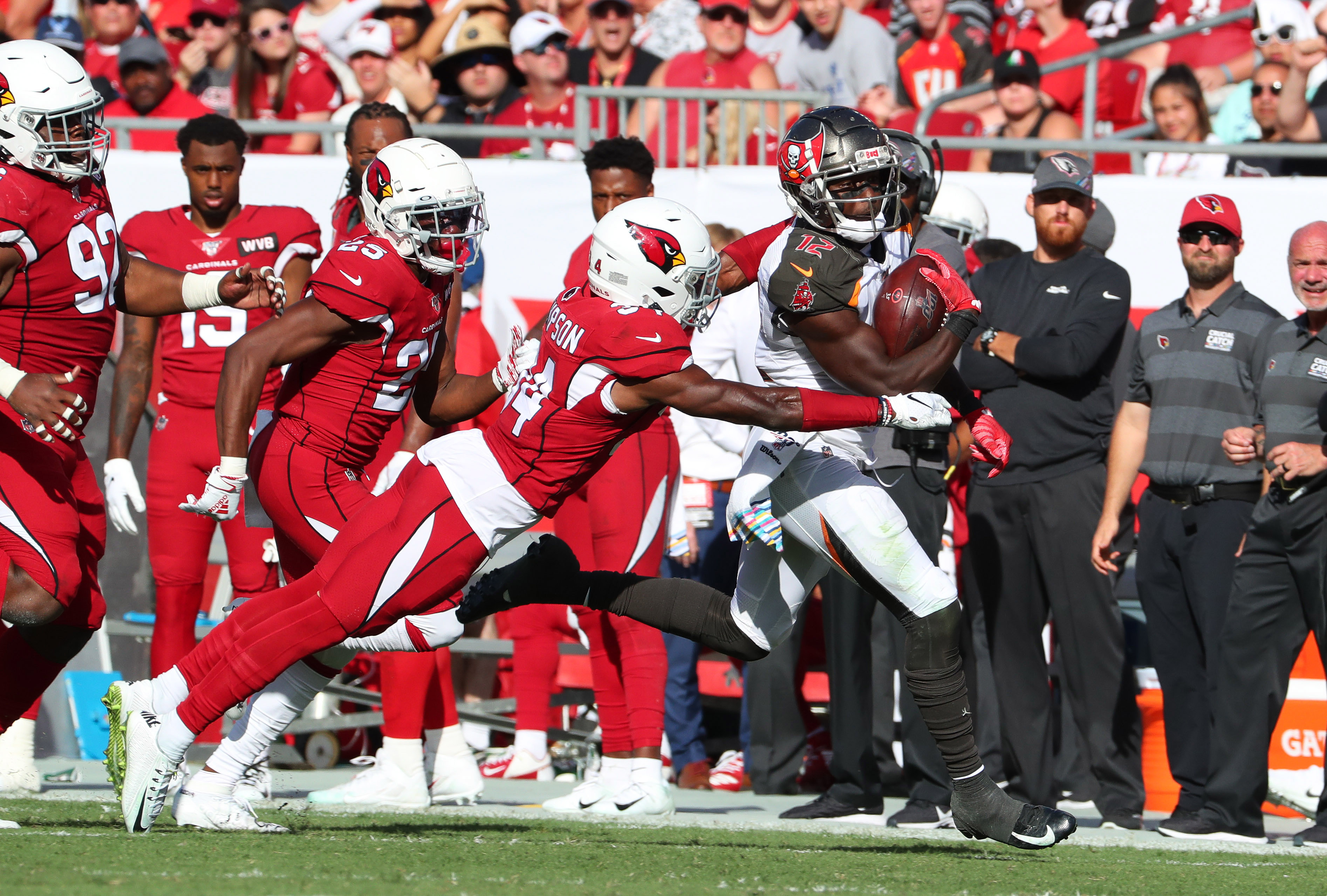 One of the Most Unpredictable Offseasons in NFL History

Submitted by Salvatore Intili on 22 February 2021

As fans and players head into the NFL offseason, many things are uncertain. Some of the league’s best wide receivers hit the market as unrestricted free agents while many teams are just a wide receiver short of being Super Bowl contenders. Along with that, many teams are fielding trade offers for their quarterbacks as almost a dozen teams are in need of a quarterback. Fans saw the first blockbuster quarterback trade as longtime Detroit Lions’ quarterback Matthew Stafford was shipped over to Los Angeles to play for the Rams in exchange for Jared Goff, two first-round picks, and a third-round pick. With many more moves to be made, this year’s draft class is one of the most stacked fans have ever seen and teams are in a rush to trade up for a higher pick to acquire some of the best collegiate athletes in the nation. The possibilities are endless and fans buckle up for what is expected to be one of the most chaotic offseasons in recent history.

First and foremost, the wide receivers entering this year’s free agency are some of the most talented people have ever seen. Former Chicago Bears receiver Allen Robinson sits among the best receivers in the game and goes into the NFL offseason with many offers on the table. He put up 102 receptions this year with 1,250 receiving yards which many attribute to his insane ball skills. According to Pro Football Focus, within the last two seasons, Allen Robinson has acquired 200 catches with only four dropped balls along with the most contested catches in the league amongst wide receivers in the last two years. He is a huge target for all teams and when asked about where he believes he will end up, he goes on SiriusXM NFL Radio to say, “Right now, everything is pretty much on the table.” Many classify him as a top-seven receiver and consider his hands some of the best in the league.

Furthermore, the league sees up-and-coming superstar receivers in Chris Godwin, JuJu Smith-Schuster, Kenny Golladay, Will Fuller, and Marvin Jones Jr. all hit free agency this season. All these receivers are relatively young and are undoubtedly some of the best in the business. It’s just a matter of which teams will have enough cap space to give them the best deal. With the NFL coming off of one of its lowest income-producing seasons in awhile, teams projected salary caps are low. This limits the moves teams can make as they can’t sign huge contracts to ensure they have enough money to pay all their current players and players they acquire. All these guys will be heavy targets as they all have fought for their right to be labeled some of the best at what they do. However many teams need more than a wide receiver which makes it extremely hard for teams to deal out good money to these players. All of these players are expected to go wherever they are offered a combination of the best money and great quarterback play.

Only a few quarterbacks will have the ability to sign with teams of their choosing. However, some of the league’s best quarterbacks have requested trades and made this offseason even more interesting. Former MVP front-runner and 2014 Super Super Bowl champion Russel Wilson has reportedly grown frustrated with his current organization, the Seattle Seahawks. According to Rob Goldberg at Bleacher Report, Wilson is unhappy with the Seahawks’ ability to protect him in the pocket. Considering his resume and certification as one of the league’s best, teams would have to deal the Seahawks a ton of great things. Although it is reported that Seattle has shown no interest in sending Wilson anywhere, as they have declined every offer they’ve received.

Nevertheless, many other quarterbacks are on the trade block as well. 2020’s league leader in passing yards, Deshaun Watson, is very unsatisfied in Houston and wants out immediately. His raw talent and leadership paired with his young age make him one of the most sought-after trade targets in the entire NFL. Almost everyone considers him a top-five quarterback and you rarely see an extremely young football guru up for the taking. Although his landing spot is still undetermined, as many teams are in search of a franchise quarterback such as Watson. With these two being the best available, there are a ton of other options on the trade block as well. Quarterbacks such as Carson Wentz, Marcus Mariota, Mitchell Trubisky, Jacoby Brissett, and more are also for the taking. These are lower-tier quarterbacks compared to Wilson and Watson, but they have proven to be good enough to lead an NFL offense and with the right people around them, can finally reach their maximum potential. With these quarterbacks being the ones that are known as trade options, I’m sure other teams would trade their starting quarterbacks in exchange for an offer they feel is suitable.

Alongside all the players that have undetermined homes in 2021, a brand new wave of players hit the NFL in a way fans have never seen before in this year’s draft class. This year’s draft class has an abundance of players that have proven themself over their time in college. One of the most anticipated college prospects since John Elway hits the draft this year. Keep in mind that John Elway is currently in the Hall of Fame and a two-time Superbowl champion. The player who resembles him goes by the name Trevor Lawrence and stands tall in the pocket at a staggering six feet and six inches tall. You take that and put it together with his 220-pound frame, athleticism, and ability to be accurate with almost every ball he throws. That is scary and something that can add a whole new dimension to the world of quarterbacks. Even with one of the most talented college prospects hitting the draft, the long list doesn’t end there.

Across the board, every position has a solid player in it and makes late picks in this draft extremely valuable. Typically, the later picks hold less value but this year, second and third-round picks will be some of the most significant late picks in NFL history. This draft features one of the best quarterback classes since 2017 where fans saw Patrick Mahomes and Deshaun Watson enter the league. The list of top-tier quarterbacks is endless and that’s just the beginning. Heisman winner DeVonta Smith enters the draft as one of the most lethal offensive prospects alongside Ja’marr Chase, Jaylen Waddle, Kyle Pitts, and many others.

On the other side of the ball, there is too much talent to account for with the most notable players being Micah Parsons, Kwity Paye, Caleb Farley, Patrick Surtain II, and the list goes on. The focus has been on the offensive players this draft features although the defensive side looks outstanding with promising players across the board. With all this talent in the draft combined with a ton of different trade possibilities, the outcomes are all unpredictable.

The promise that this draft class has makes all 2021 draft picks significantly more valuable. Many teams are looking to trade up to acquire some of these draft prospects. With all the superstar players up on the trade block, it only makes sense that draft picks start flying around between teams. Teams like the New York Jets have a great amount of draft capital and money, allowing them to pick up many free agents that have been discussed and acquire young players to learn off some of their veterans. Many teams are looking for draft picks in exchange for their superstars and teams like the Jets and Jaguars have exactly what they’re looking for. The Jaguars are holding onto 11 draft picks this year including the first overall pick. Many insiders around the league speculate that these teams that are coming off bad years will have the most productive offseasons due to them having great draft picks.

The NFL will most likely look completely different next year. The amount of chaos ensuing in this offseason is crazy and there’s no telling what will happen. Chances are that if you can imagine it, it's possible that it will happen this NFL offseason. Coaches, players, and fans are in for one of the longest roller coasters in NFL history and everyone is ready for it. 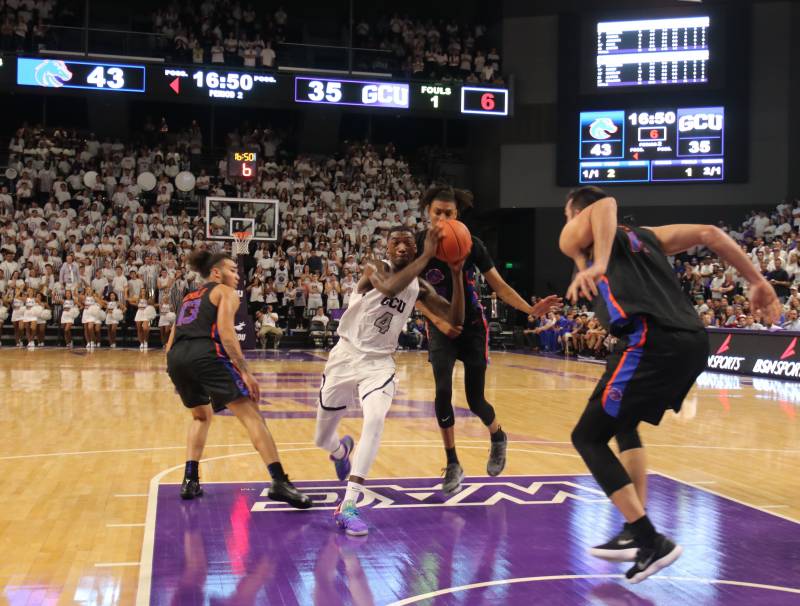