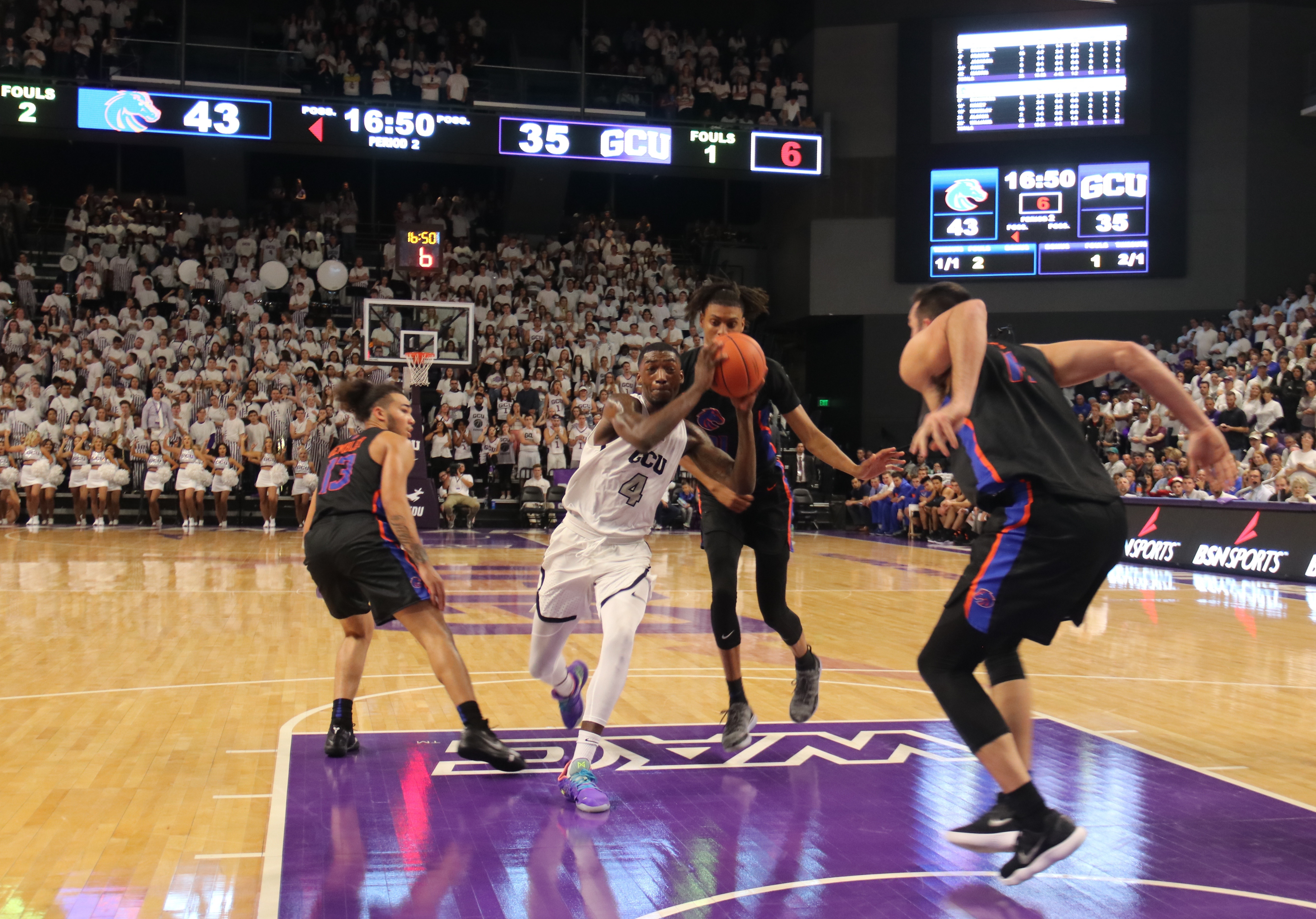 From Happiness to Tragedy

On March 25, 2021, it was announced that Oscar Frayer, just days after competing in the NCAA March Madness Tournament as a forward for Grand Canyon University, tragically passed away from a car accident in Lodi, California. Frayer’s sister, Andrea Moore, and their family friend had also passed away as they were in the car with Frayer at the time. The news of the accident broke the hearts of both the Frayer family and the community of Grand Canyon University, who loved and nurtured Frayer as both a player and companion.

When asked about Frayer, Grand Canyon head coach Bryce Drew had this to say about Frayer: "He was the heartbeat of our team with his vibrant, energetic personality. I cannot put into words the hurt and sadness we all feel, but we know he is in heaven and that gives us great joy to know we will be together again."

Teammates had also mourned Frayer as his passing struck them with a mass amount of sadness. "I took all of our good times for granted," former teammate Damari Milstead added. "I took all of our late night drives and convos for granted. You believed in me in a way that I never believed in myself. You looked over me when I was the new kid on the block in high school and college. Your loyalty is unmatched and will never be replicated. We always dreamed about making the tournament and you made that into reality. I am blessed to be your sidekick for so many years and hope that one day we can meet again, so that you can brag to me how you made the tournament before me. My brother I will always keep your name alive and always represent. Love you 4."

A funeral service to honor the three victims was held on April 6 to celebrate the lives of people who were taken from their loved ones way too soon. The service was a great way to honor the victims and remember that life is a precious gift that we must hold on to and never take for granted. Oscar Frayer’s impact for GCU will neve be forgotten and will live on forever in the hearts of the university.