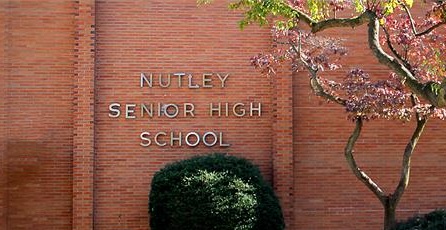 Nutley High School received a security threat shortly after the Parkland shooting in Florida this past February. In addition to NHS, many schools throughout the state of New Jersey faced copycat threats during this time.  The threat prompted a quick response from the district and police, and Nutley Public Schools were closed for one day, following the threat. Since then, there have numerous evaluations and changes made to procedures and protocols to continue to protect the community, schools, students, and staff.

Beginning in September 2018, the district decided to alter the appearance of the students' school IDs.  The IDs were all changed and made the same color to represent this school year, and the photos were made larger.

The Principal of Nutley High School, Mr. Denis Williams, believes that this change is a step in the right direction for the safety of the school.  By changing the size of the photo, it has made it easier to identify the individual students. Because of this change, staff members are able to make sure the correct person is wearing their own identification.  This helps prevent strangers or other outside forces from entering the building if they are unrecognized. “You should have a large photo, so you can see more of someone’s face,” stated Williams. Along with the bigger photos, the colors of the IDs were changed to keep people from using the same identification the following year.  Only IDs with the chosen color for the year will be accepted. Williams stated that with the different IDs, “we will be able to identify each year.”

By continuing to make the IDs a priority of the future, the administration is planning to make more changes, including using the new identifications to scan into different rooms.  “To get into the bathroom you are going to have to swipe in,” said Williams. “I think that the biggest piece, is that were wearing them because we are a community.”  It is a collective movement toward improving safety and security.

Since the incident of the Florida Parkland shooting people have been on high alert, ready to protect themselves.  By creating new IDs the school has been able to strengthen the security and increase the likelihood of spotting potential dangers that try to enter the schools.