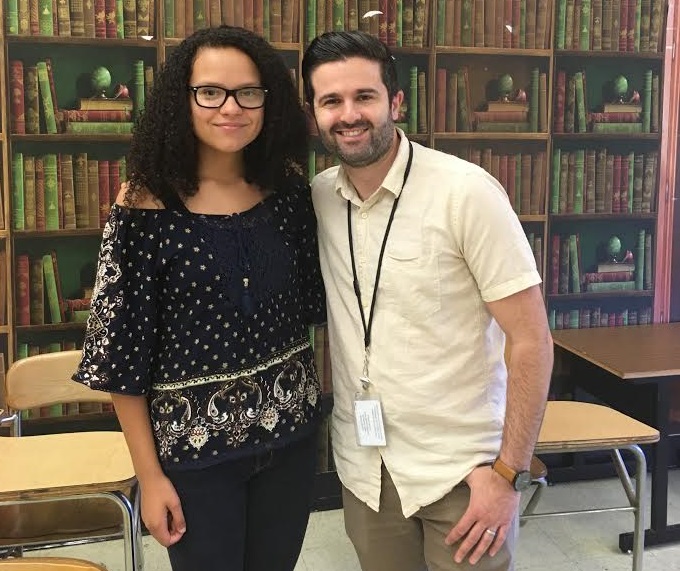 The Brilliant Mind Behind the Curtain: Michael Gurrieri takes on Pippin

For the past three years, Mr. Michael Gurrieri has been teaching at Nutley High School. Prior to Nutley High School, he worked in a performing arts school which was part of the New York City Department of Education.  After being there for one year, he changed schools and for the following three years, he worked in the Freehold Regional High School District, located in central New Jersey.  Throughout those seven years, Mr. Gurrieri taught ninth grade English and various theater art classes.  During that time, he also had the opportunity to direct several plays and musicals.

Becoming a teacher was not something that Mr. Gurrieri was sure about until several years after finishing college. “I really didn’t consider a career in teaching until my early 20s,” said Mr. Gurrieri.  “My undergraduate degree was in Communications and Theatre Arts, and I spent a couple of years after college acting professionally in some children’s theatre touring productions. I traveled all across the country and earned my Actors’ Equity card in the process; equity is the union for professional theatre actors and stage managers. Though it was a great experience, I realized I didn’t want to pursue acting as a full time career.  We got the opportunity to conduct several educational workshops and that really was my first foray into teaching and I found it immensely satisfying.  I had always had a passion for reading and writing, whether it be drama or prose, and that is when I made the decision to pursue a career as a secondary English Language Arts teacher.  So I went back to school to obtain a Master’s degree in education.”

Since 2015, Mr. Gurrieri has been the director of the fall play at Nutley High School.  He was also the assistant director of the spring musical. This year, he leading the spring musical, Pippin, as its director.  As director he is joined by Eric Wdowiak and Nicole Monte, who help him coordinate the play.  Pippin is his favorite play that he has had the opportunity to direct because he has “such a personal connection to the piece.”  As for his favorite play of all time, Mr. Gurrieri says that it is The Laramie Project because of its vibrance, simplicity, and power.  “I was very proud of that production.”