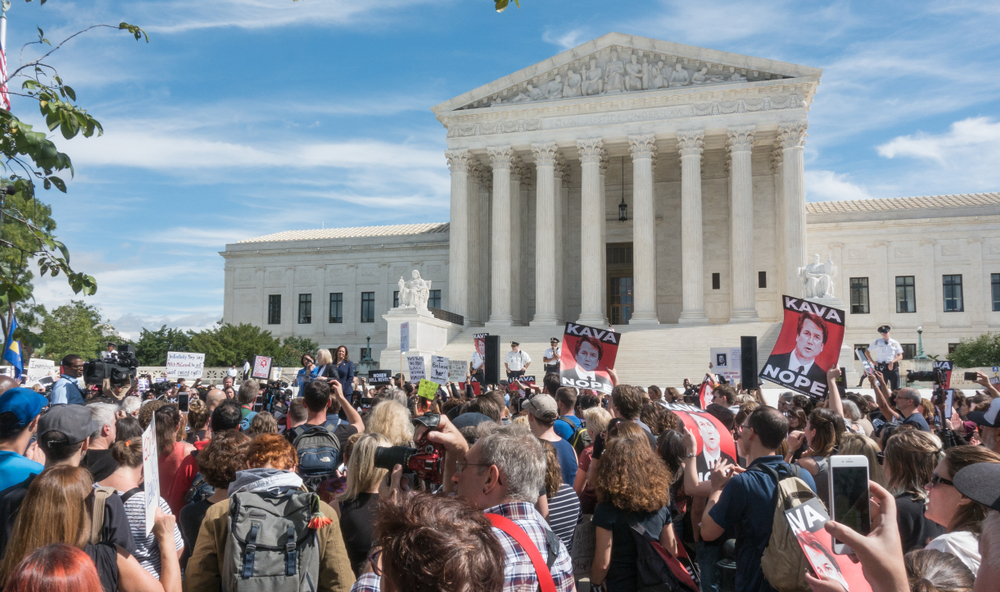 Submitted by Molly Herschell on 5 November 2018

On July 9, 2018, President Donald Trump nominated Brett Kavanaugh to the United States Supreme Court to replace retiring judge Anthony Kennedy, 82. That same day, at a White House ceremony, when Trump revealed his nomination and described him as a, “true thorough leader among his peers” and having “impeccable credentials.” A few weeks later, on July 30, a psychology professor in California named Dr. Christine Blasey Ford quietly slipped a letter to Senator Dianne Feinstein, the top Democrat on the Judiciary Committee. Dr. Ford alleged that Kavanaugh physically and sexually assaulted her when they were in high school. At Ford’s request to keep the letter confidential, Feinstein did not publicize the letter.

On the fourth day, legal experts and other witnesses testify about his nomination. The allegations from Ford were never raised. Then on September 12, Dr. Fords letter was sent to the FBI, after several days of rumors about its existence leaking to the Senators and the press. The bureau did not launch an investigation against Kavanaugh because the limitations on the alleged sexual assault expired years earlier.

On September 16, The Washington Post released an article interviewing Dr. Ford. She said that Kavanaugh had sexually assaulted her at a high school party. Ford also stated that she feared that Kavanaugh might inadvertently kill her that night, years earlier. Kavanaugh denied that the incident took place. On September 23, Ford agreed to testify before the Senate Judiciary Committee on September 27. On that same day, another woman came forward with sexual assault allegations. Deborah Ramirez, who attended Yale University with Kavanaugh, accused him of exposing himself to her. The alleged incident occurred in the 1983-84 academic year. On September 26, a third woman came forward and accused Kavanaugh of sexual misconduct. Julie Swetnick, said she witnessed multiple occasions where Kavanaugh drank and engaged in “abusive behavior” toward teenage girls at parties. On September 27, both Ford and Kavanaugh testified before the Senate Judiciary Committee.

After much consideration, the President asked the FBI to launch an investigation into this incident and Kavanaugh’s past. It was determined that not enough evidence was found to delay any further. Kavanaugh was confirmed as a Supreme Court judge on Saturday, October 6, 2018. The Senate vote of 50-48 to confirm him was one of the slimmest margins in history, with most Senators voting along with their Democrat or Republican party affiliation.

The country was divided on this hearing into two main opinions: many supported Dr. Ford and her testimony, calling her decision to speak out about sexual assault, “brave.” Many others believed that the charges against Kavanaugh had well passed the statute of limitations and that not enough evidence was presented to the Judiciary Committee. Overall, the accusations and the hearing fit into the year of the #metoo movement, which has fiercely divided the country and taken down many powerful men in politics, media and government.