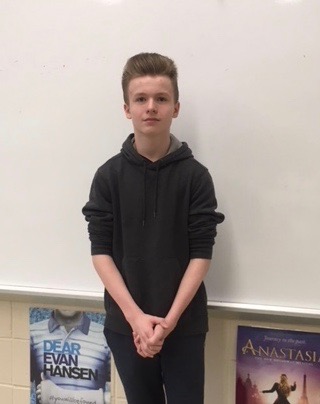 Richard Pitts Takes on Politics and Foreign Policy in his Writing 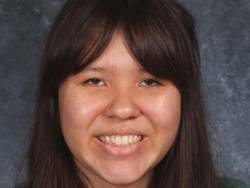 Richard Pitts, a sophomore at Nutley High School, seems far older than he looks.  On Tuesday, March 6, 2018, he visited the Nutley High School Journalism class and spoke about foreign policy, politics, and his writing background.  “My political leanings are left wing,” said Pitts.  “And I advocate for the expansion of healthcare and an overhaul to our educational system. I also have quite the interest in foreign policy.”

Richard Pitts has a strong passion for writing about politics and foreign policy. He says that he would like to take the NHS journalism course during his senior year.  He is currently in the process of looking into summer programs for journalism.  His future plans double majoring in law and political science in college. Further down the line, he is intrigued by the possibly of a career in politics, possibly as a state representative or senator.  In addition, Pitts is interested in the humanities, such as literature, writing, history, linguistics, and politics.  He also has an interest in science, especially astronomy.

At the age of 16, Pitts refers to himself as a hardworking student, yet somewhat of a procrastinator.  He says that Nutley High School has shaped him up to be a better person by making him more intellectual.  Also, teachers have helped him become more involved in school.  He says that the classes he takes in Nutley High School are immersive and that the teachers are good. These courses and teachers have peeked his interested in foreign policy and writing.

“My first foray into journalism was a couple years back when I had started a Quora blog,” Pitts said. While I was only able to get one genuine post out, it broadened my scope and revealed to me the joys of writing and investigating for such writing. A year later, I found myself working on a piece regarding the Yemeni Civil War, which was published by a local NJ media outlet. Fast forward toward the end of that year, and I found myself writing for an online magazine, for which I have seven published articles.”

Pitts’ motivation is to write  about topics that he feels do not get enough coverage in the media. His interest in writing is also his motivation.  “I never really put too much thought into my writing techniques,” said Pitts.  “I just kind of collect my thoughts, figure out what’s important and what’s not important.”

Pitts’ interest in news, foreign policy and politics is atypical for most high school students. While he has his own personal views on many topics, “for foreign policy issues, I try to remain as neutral as possible.”