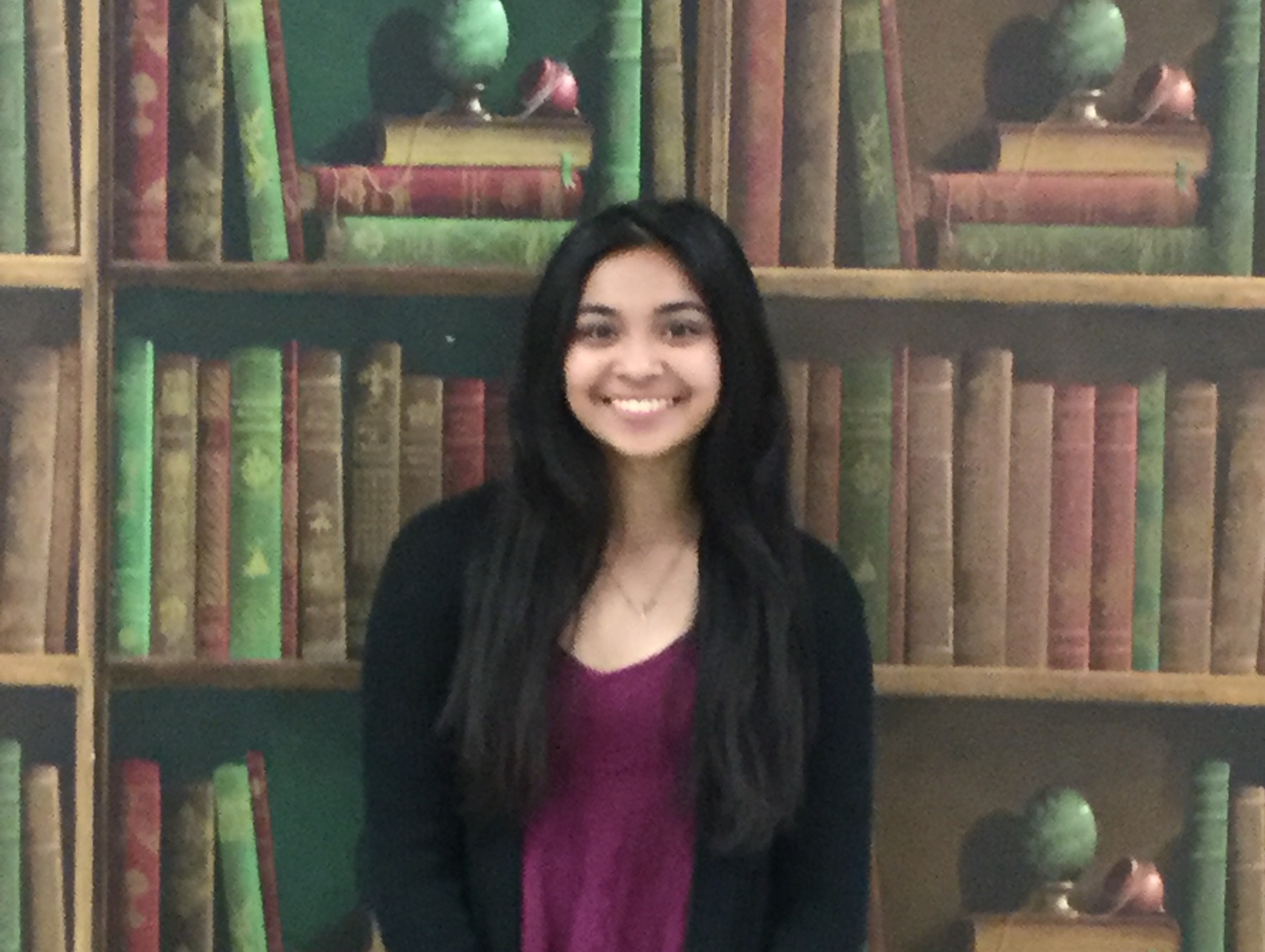 A New Generation of Cancer Research

Submitted by Gabrielle Mackiewicz on 26 January 2018

Saira Somnay appears to most as the average 17-year- old. The Nutley High School senior plays for the girls’ varsity tennis team, enjoys painting, and practices piano in her free time. However, Somnay far crosses the line of “average” when you step into the academic side of her life. Taking a total of 10 Advanced Placement classes throughout her high school career, and achieving the status of National Merit Commended Scholar, her intellectual abilities and knack for math and science have led her to the experience of a lifetime.

This summer, instead of hanging out with friends and going to the beach like many her age did, Somnay attended the Human Oncology Pathogenesis Program (HOPP) at Mortimer B. Zuckerman Research Center of Memorial Sloan Kettering Cancer Center in Manhattan. This program allowed her to observe and work with professionals in the field, and dive farther into the world of medical research.

After sending in an application, doing an interview over the phone, and ultimately being chosen to participate in the program, Somnay spent eight weeks commuting by bus and subway to the New York City research building every weekday, working the equivalent of a 9 to 5 job.

The program involved a select group of 26 students, who were split up to work in separate labs at the center. Somnay’s lab had a total of six people, and was called the Tsui Lab, named after the primary investigator leading the group, Dr. Dana Tsui. The group studied cell-free DNA, or cfDNA, which is DNA shed from tumors.

“The main focus and goal of our research,” Somnay explains, “was to find the most effective and useful ways to use cfDNA as a liquid biopsy in order to create a prognosis and treatment plan for a specific cancer patient.” She continues, “In order to do this, cfDNA must be isolated from blood or urine samples and then subjected to various DNA sequencing methods. From the data created by this, mutations in a patient&#39;s DNA can be observed and analyzed.”

Somnay’s job in the lab was to find the best way to isolate the cfDNA through research, and at the end of the summer, she created a poster presentation to showcase her findings. This task, Somnay admits, was a lot of work and quite overwhelming, but still beneficial and worthwhile. Most notably, her project and work there was impressive in the eyes of others.

Julie Yang, Ph.D., a computational biologist at Sloan Kettering and another member of Somnay’s lab, commends her for, “completing a massive multi-part Pre-Analytics project that is currently being considered for publication.”

Somnay’s work ethic was prevalent throughout most of her life, as Mrs. Joanne Somnay, her mother, recalls. “Saira was a bright and precocious child,” she says. “She started doing puzzles at the age of two and has always been mathematically inclined.”

Mrs. Somnay goes on to describe how Saira first became interested in medicine at around 13 years old, and that this interest only grew as she got older and focused on more activities related to the field. “She had advanced her medical knowledge by completing several summer enrichment seminars and training programs, shadowing doctors in a clinic, [and] volunteering at Clara Maass Hospital,” Mrs. Somnay explains. The Sloan-Kettering program was her latest expedition.

Somnay’s career at NHS involves a lot of hard work, and it is paying off for her, as she is successful both in and out of the classroom. Between taking an abundance of Advanced Placement and honors courses, participating in many clubs, and playing for the varsity tennis team since her freshman year, she has proven herself as a well-rounded student. These high-level classes have led her to be recognized as an AP Scholar with Distinction, and earned her a perfect score on the mathematics portion of the SAT.

Not only has her school work led her to academic success, it helped her achieve at Sloan Kettering, especially by taking the AP Biology and Human Physiology courses offered at NHS. “I remember at the interview for the program, they asked me something I had just learned in class,” Somnay says. “The classes that I took really prepared me, I would have been lost if I hadn’t taken them.”

This same diligence is recognized by teachers as well. Dr. Peter Smith, who teaches Human Physiology, Chemistry, and Medical Math at NHS, recalls that, “Saira was one of the top students in my class. She was an extremely conscientious student who was not afraid to ask questions.”

Mrs. Jenifer Rainone, a NHS English teacher, is another who recognizes Somnay’s hard work, and is someone who greatly influenced her. “Saira has been one of my best students, and I feel privileged to know her,” Mrs. Rainone says, “She is very hardworking and she gives 110% to everything she does.”

This opportunity led Somnay to an experience that was hands-on and complex, and that was quite unique to the program. Sloan-Kettering opened her up to in-depth circumstances that cannot be replicated in a high school classroom, which expanded her knowledge of medicine and cancer. “I have learned that it is so diverse,” Somnay says. “There is no one cure to cancer.”

Somnay plans to utilize this knowledge after high school, and looks to a career in the medical field. With her eye on the University of Chicago, she hopes to become either a research scientist or a doctor. These careers are ones that directly impact people, something that is very important to her. She is also hoping to participate in an undergraduate program that Sloan Kettering offers, saying, “I want to get involved with research right off the bat.” But for now, her main goal for her senior year of high school: “Make it through.”