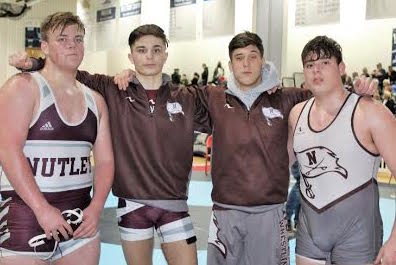 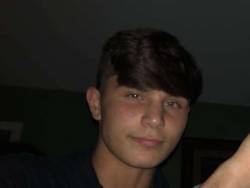 Submitted by Jacob Gonzalez on 26 March 2020

The end of wrestling season is here and, with the elimination of wrestlers in districts, the Regions began. Region 3 includes plenty of teams, Nutley had eight student athletes entered into the region. Out of these eight wrestlers, one was junior Nick Polewka. The 13th seed who pulled off the most shocking upsets all throughout the region.

After this victory Nick, and his coaches believed he could make it further than he thought in this tournament. Nick would find his way wrestling one of the best 220 pounders in the nation next. Nick was not upset by this. "I knew I had to wrestle him anyway. My end goal was to place in the top 4 and make it to states anyway possible.”

Nick knew taking 1st to 4th place would allow him to punch his ticket to the state tournament. The bracket played out for Nick in the best way possible. He then faced a wrestler from North Bergen High School who he had lost to previously. Going into the match, Nick felt nervous and excited. “ I was ready and knew what I had to do to win.” Nick won the match against him in an exciting fashion right at in the last ten seconds he scored to move on.

Nick had one match left to wrestle which would decide if he made it to the state tournament or not. He found himself up against a wrestler from Irvington, who he had never wrestled prior to this match. The match ended up in a nail biter throughout the last 30 seconds, in which Nick was the victor.

Nick is now included on a list of state wrestlers from Nutley all of which will never be forgotten. He made his way through the tournament in an exciting fashion and will now be wrestling in the NJSIAA State Wrestling Tournament.

During the whole tournament, it was clear Nick wasn’t going to end his season here. By the look in his eyes, his teammates could tell he showed heart throughout the whole tournament. He was also excited to include himself into the group of wrestlers who also made it to Atlantic City.

Nutley High School sent four wrestlers down to Atlantic City this year. Last year they had an upsetting outing as a team in which they broke the 25+ year streak of sending a wrestler to the State Tournament. This year, Nick Polewka and his friends had different plans.