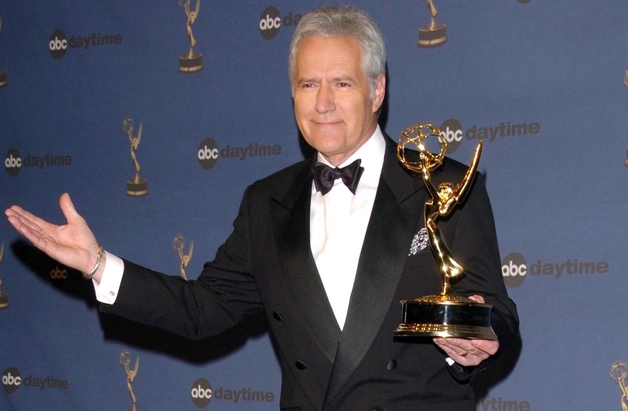 Alex Trebek: Then and Now

In 1984, Alex Trebek started his well-known career and was hired as the host of the trivia show Jeopardy!  Thirty-five years later, during 2019, Trebek has become more well known across different platforms because of his struggles.  On March 6, 2019, an official video of Alex Trebek was posted where he stated that he was battle stage four pancreatic cancer.  “Despite what you may have heard, I’m feeling good, I’m continuing with my therapy and we, by we, the staff, is already working on our next season, the 36th year of Jeopardy!  I look forward to seeing you once again in September with all kinds of good stuff,” he said in a video posted to the official Jeopardy! accounts.  He is going through chemotherapy for his cancer, but this often causes other negative symptoms.  Some of the symptoms of chemotherapy include dull and sharp abdominal pain and cramps, fatigue, nausea, weight changes, shortness of breath, and other symptoms.

Despite these challenges, Trebek has decided to continue working on Jeopardy.  In the recent episodes, a new name has been on top of the leaderboards.  Professional sports gambler James Holzhauer, “is already the second-most-successful contestant in the show’s history, having won 22 straight games with total winnings of $1.69 million (as of press time). Holzhauer also set a new Jeopardy! single-game record of $110,914, topping Roger Craig’s previous mark of $77,000” according to the Philadelphia Inquirer.

Before he became well known for his role in Jeopardy, Trebek had other careers.  With the help of his parents, he went through his primary education and eventually went to college.  Although Alex Trebek is well known in the United States, his life began Canada.

George and Lucille Trebek welcomed their son George Alexander Trebek on July 22, 1940 in Sudbury, Canada.  His father George was a Ukrainian immigrant and his mother Lucille was of French-Canadian descent. Until the age of 12 Trebek attended a Jesuit school.  He went on to attending the University of Ottawa High School in Canada and he graduated in 1957. As a high school graduate, he was unsure of the path that he was going to take.  He eventually chose to further his education in the University of Ottawa where he studied philosophy, but he soon decided to pursue a career in journalism instead.

Though he was initially interested in philosophy and journalism,  his first job with CBC TV as a fill-in reporter. At the age of 26 Trebek continued to follow his career path but he also discovered a new interest in hosting game shows.  He was the Canadian show host of the quiz show called Reach for the Top, and his first American television host appearance was on a 1984 NBC show called The Wizard of Odds.  In 1984 he was hired on Jeopardy!  Six years later he married Jean Currivan Trebek and they have been together ever since.  Together, they have two children: Emily (26) and Matthew (29).

Though Trebek is currently experiencing difficulty in his life, he plans on continuing his career and working towards a better state of overall health.  With the prayers and help of others, he plans on beating his stage four of pancreatic cancer.