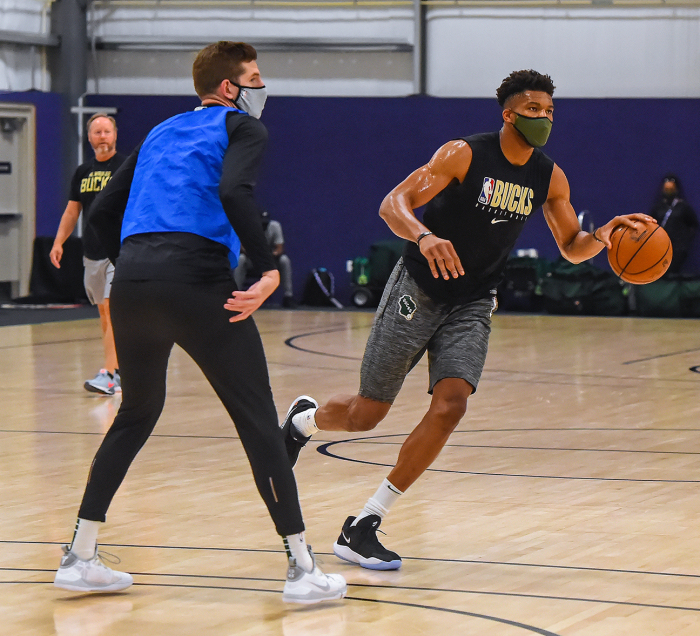 How Covid-19 has Affected the NBA

Submitted by Nathan Arroyo on 20 January 2021

Week nine is in the books for the NBA Season, with lots of surprises.  So far, the season seems to be taking off fast. With the players being forced to follow Covid protocols, there hasn't been much for them to do. This year's draft was virutal and players were able to watch the draft at home. Many are excited to watch their favorites players play at their home stadium. The Los Angeles Lakers are coming back from last season's championship win against the Miami Heat and were able to get their Rings at the Staple Center.

Now teams are hoping to bounce back from last season and win this year's chip. This week's power rankings are looking dangerous. The Phoenix Suns are climbing to the top with a 7-3 record but above them are the Lakers. Thes Lakers are 8-3 and are having a great season, planning to go back to back. The TimberWolves on the other hand are 3-8 and are having a dreadful season and seem to be off on the wrong foot. The team is having trouble to keep up with others and are scoring the least amount of points in the paint. Players such as Karl Anthony Towns and D’Angelo Russel are struggling to be the leader of their teams

As expected all health warnings were taken care of before the season. Players who are tested positive have two options: go 10 days or more after the first positive test or onset of symptoms, or test negative twice at least 24 hours apart via PCR testing. Since the NBA has allowed for home courts, teams will have a limit of 45 people to travel with the team 17 being the players, rest being the coaching staff. Some were outraged at the decisions. “The owners wanted their arenas back, and the players wanted their lives back,” said in an NBA Article

It doesnt stop there. The NBA set fans Covid-19 protocols for appearing in games. If you want to watch you must show proof of your negative test 2 days before entering the arena. A survey will be given to fans and this will allow them to see if your symtematic. Entering the Arena will also mean mask up.

The Coronavirus had a huge impact on the NBA season, players risking their health to be able to play and entertain others. Sixteen players have recently tested positive for Covid. Previous players who had tested positive are back on the court and are showing off. The NBA has allowed players to come back after missing a week.