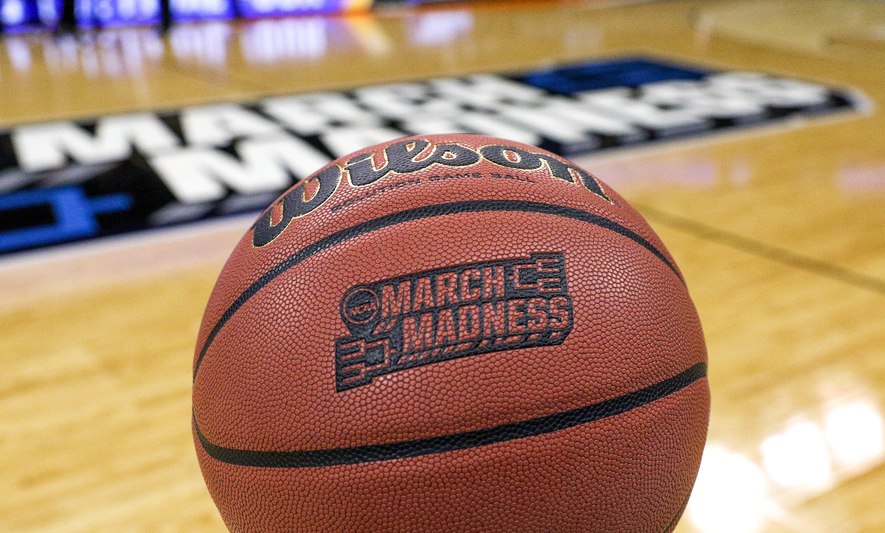 Editor's Column: As If March Could Not Get Madder 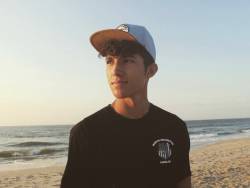 The Death of College Basketball We Know And Love?

A huge scandal surfaced, colleges on the FBI’s hot seat, a 16- seed beating a number one, and upsets galore all have one thing in common: college basketball.  The collegiate sport currently defies all laws of college hoops physics.

At 5:38 a.m. on February 23, 2018, Yahoo Sports released an exclusive bombshell investigative article, which uncovered the NCAA basketball’s underground economy of bribery, shady deals, and other forms of corruption.  It sheds light on a multi-year investigation made by the FBI. The article obtained documents and bank records that include expense reports and balance sheets which list cash advances, entertainment, and travel expenses for basketball prospects and their families.  On top of the documents, the FBI monitored multiple targets and intercepting more than 4,000 calls during a 330-day period.  The discoveries list future and even current NBA players and dozens of top basketball colleges.  Players like Deandre Ayton, Dennis Smith Jr., Kyle Kuzma, Markelle Fultz, and Josh Jackson, are just some big names listed in the article. Specifically, Deandre Ayton and coach, Andy Miller, of Arizona University were two very big names highlighted the document.  According to leaked FBI wiretapping information, Sean Miller, allegedly offered to spend $100,000 to lure Ayton, a prospective lottery pick in this upcoming NBA draft, to play for Arizona. Miller, upon release of the document and possible involvement, was relieved from coaching duties for that week’s matchup against Oregon in late February.  An official quote made by the school, according to ESPN says, "We must do everything we can to ensure that our programs are of the highest caliber as we must also protect the rights of all involved and respect due process for employees." Sean Miller’s assistant coach, Richardson, was formally charged with six federal felonies and faces up to 60 years in prison, according to ESPN.  What will be done with Sean Miller by authorities is unknown, but the University of Arizona has stood behind the coach and has taken no action.

ASM Sports, the agency of former NBA agent Andy Miller and his associate, Christian Dawkins, who are no strangers to the controversy, are the primary people discussed in the article.  The documents and bank sheets come from their company. They were involved in another recent scandal earlier this year in which their office in Englewood, New Jersey was raided in connection with bribery made to college basketball and NBA prospects.  The investigation led to the arrest of four college coaches. This could have lasting effects. It is too soon to tell what the effects may be, but what is certain is that the way college basketball runs and the familiar household college ball names may soon disappear.  The wrapping up of the investigations might take weeks, months, and even seasons. The Yahoo Sports report noted major programs potentially involved, including Alabama, Clemson, Duke, Kansas, Kentucky, Louisville, Michigan State, NC State, North Carolina, Notre Dame, Seton Hall, USC, Villanova, Virginia, Washington, Texas, Wichita State, and Oklahoma State.

The effects of the investigation are already being felt.  In the Yahoo Sports report, NCAA President, Mark Emmert, stated that, “These allegations, if true, point to systematic failures that must be fixed and fixed now if we want college sports in America. Simply put, people who engage in this kind of behavior have no place in college sports.”.

Numerous schools have also publicly denounced their accused involvement, but have promised full cooperation with authorities. The National Basketball Association Commissioner, Adam Silver, is now questioning the famous one-and-done rule in which players can enter college for one year, and then declare for the NBA draft, a practice which is very common.  The NBA has also been surrounded by rumors suggesting that it may expand its developmental Gatorade League to encourage NBA prospects to skip college and begin their pro- journey at 18-years-old. The move could potentially limit college basketball potential and permanently damage the sport’s overall quality of play. However, the move is very similar to many other sports.  For example, in soccer, many clubs have academy teams where recruitment can happen very early in a player’s career.

Heading into the craziest tournament in sports, March Madness, many were worried that the investigation would cloud what is meant to be one of the most looked forward to sporting events in the United States.  Rumors went as far to say that perhaps some programs would be taken out of consideration for the tournament by the NCAA selection committee. The claim was not entirely false. Many programs did suffer on "Selection Sunday" due to their alleged involvement in violating NCAA regulations. USC Trojans were passed over by the selection committee despite a No. 34 ranking, making them the most qualified team to ever miss the tournament. The same thing happened to other schools touched by scandal, including Louisville and Oklahoma State, who too both were left out of selection. Lastly, Pac-12 champion Arizona was handed the 4th seed and SEC champions Kentucky stuck at a 5th seed in the South region which was, least to say stunning to college basketball analysts. The evidence that the selection committee had some disdain toward the investigated schools was certainly there.

Nonetheless, despite all concerns, the scandal was the last thing on the minds of analysts and viewers as of late.   The hype surrounding the tournament was lively as ever. ESPN recorded that 17.3 million people participated in their bracket challenge, one of many sites that host such a competition.  This number is only slightly down from last year’s record-setting 18.8 million. Traditionally, this process of “bracketology” has been as exciting as it has been virtually impossible to compile a perfect tournament bracket. A professor at DePaul University explained the odds of having a perfect bracket as so challenging that one has a better chance of being killed by an asteroid (one in 74 million) or being hit by satellite debris ( one in 21 trillion), according to NASA.

Regardless, no one could have effectively predicted this year’s outcomes so far.  In NCAA March Madness history, before this year, a number 16 seed has never beaten a number one. According to Fansided.com, only 3.4% of ESPN brackets had the University of Maryland Baltimore County beating a juggernaut, the University of Virginia.  Virginia, coming off an ACC tournament championship, Virginia had 18.5% vote in brackets to win the tournament, a very high percentage considering there are 64 teams in round one. However, after analysts and casual basketball fans preaching, “a number one seed always beats a 16,” a team has finally proved them wrong. Though their Cinderella story was short-lived, after losing to Kansas State the following round, their victory remains one of the best wins of all time.

The upsets continued.  Major programs like Michigan State, Arizona, North Carolina, Xavier, Tennessee, Wichita State, and Cincinnati were all out of the tournament. Michigan State, a big favorite to win it all, lost to a weak 11th seeded Syracuse. The least that could be said about that game was that Michigan State played abysmally. They shot a 25.8% shooting percentage in the game and Tom Izzo, their legendary coach, strategized like a rookie. Arizona lost big to an 11th seed Buffalo. Buffalo's play was amazing. Their shots just did not miss. It was a surprising, but hard-fought and tremendous win. North Carolina, a two seed, did not mesh well together. They fell to a 7th seed Texas A&M squad. They were simply dominated, 86-65.  Florida State, a 9th seed, was losing 61-50 with eight minutes and thirty seconds to number one seeded Xavier. Xavier beat themselves and lost 75-70. High seeds just did not perform this year.

Loyola Chicago, an 11th seed, has beaten 6th-seeded Miami and 3rd-seeded Tennessee, with buzzer beaters.  Luck was on their side and they are this year’s “Cinderella team” who you just cannot root against.  They came into the tournament with a Missouri Valley Conference victory, a conference that would be considered irrelevant by most analysts and enthusiasts who live through college hoops. In the Sweet 16, they merely edged out a fast-paced seventh-seeded Nevada, 69-68 to punch in their ticket to the Elite Eight.  With three very close consecutive wins, Loyola Chicago came into town to face off against another tournament surprise, Kansas State. However, Kansas State was no match for the red-hot Ramblers. They dominated and cruised passed Kansas State with an outstanding 78-62 blowout. Their run came to a screeching halt however, after their loss in the Final Four to Michigan. Nonetheless, they continue to prove that anything can happen in the month of March as they made one of the most impressive runs in college basketball.

This year has been crazy for college basketball.  Normally, a few upsets are expected considering a 15th seeded Middle Tennessee beat a number two, but heavily favored Michigan State in the first round of 2016.  However, this was the year of the upset. The talent left in the tournament this year heading into each round after juggernauts were defeated could be considered lacking, but if you love a good underdog story, this was your year.

The future of college basketball was dark and uncertain as the confetti sprayed down over the champions, Villanova, but, the love of the game was still strong in the air.

With the FBI knocking on the doors of the country’s most beloved programs, the 2018 NCAA basketball season has been the maddest of them all in the college sports history.