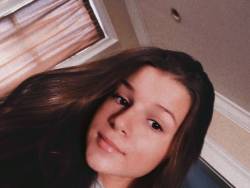 Submitted by Natalie Kruse on 20 December 2019

For the past few weeks Disney+ has received major hype and many people can’t stop talking about it. From the low prices to the large variety of Disney content, the buzz about this streaming service seems to be just beginning. Disney+ launched on November 12, 2019 and people were eager to look into it. Since this streaming service received so much publicity, people couldn’t help but hop onto the trend.

Despite the glitches and service errors on day one, Disney+ was launched with almost 10 million people registered. Disney+ has streamed many Disney essentials and blockbusters like Star Wars, Marvel, Pixar and Disney's own studio. It also includes shows and movies outside the traditional Disney categories, like all 30 season of the Simpsons. Based on the content provided on Disney+, it is definitely aimed more towards a younger audience, although older teens and even adults enjoy re-watching old shows from when they were younger. Disney+ is not fully available around the world, although Disney has plans to become worldwide in the near future. Disney+ can be streamed on phones, tablets, computers, connected TVs and streaming media boxes.

One of the main reasons why Disney+ is so popular, is because of the prices, especially for such a great variety of films. Disney+ is $6.99 per month and $69.99/year ($5.83/month), which is one of the lowest prices for streaming services.

Netflix has been the one most popular streaming service for 15 plus years. Netflix launched on August 29, 1997. Netflix offers three different plans: basic, standard, and premium. The basic plan is $8.99 per month and provides only a single screen at a time and old pre-HD television, which is better for one person. The standard plan is  $12.99 per month and allows two to watch at the same time with HD television. The premium plan is $15.99 month and allows four to watch at the same time with HD or 4k Ultra HD, which is better for a large family. Although the prices for Netflix are slightly higher than Disney+, Netflix provides users with more options to choose from. Netflix has a mixture of Pixar, Disney, Netflix originals, Nickelodeon shows and movies. “Netflix is personally my favorite streaming service because it expands more than just Disney,” says Natalie Vitiello, an NHS freshman and a Netflix user. “It has a large variety of different shows and movies. I also feel the pricing is good because there are options to the amount you want to pay.” Although Netflix is older and a little more expensive streaming service compared to Disney+, it still provides users with a large variety of shows and movies.

Hulu is a very commonly used and popular streaming service as well. Hulu was launched on October 29, 2007. It offers four different plans: basic, premium, basic and livetv, and premium and live TV. The basic plan is $5.99 per month which is the cheapest on the market, but includes ads. The premium plan is $11.99 per month, which is ad-free. The basic and live TV is $44.99 per month and has over 60 channels of live TV. The final plan is premium and live TV is $50.99 per month. Hulu includes newer shows and movies with newer seasons and reality shows, unlike Disney+ and Netflix. It also provides more adult oriented material from Disney, not so much children oriented films. Hulu beats Disney+’s price by just one dollar less and also has more choices for plans and the amount someone would want to pay. Hulu also offers original, wildly popular series like the Handmaid's Tale.

Amazon Prime is a type of subscription service that gives all the members many perks of Amazon. Including free and fast two-day shipping on most of Amazon items and many more perks. Due to all of these good perks Amazon Prime has over 100 million members. Amazon prime is $119 per year or $12.99 per month. Despite its more expensive price, users get many benefits from it. Amazon provides users with new shows and new movies as well. Amazon Prime also has shows that are on live TV now and has a good variety for all ages. “It took me a while to commit to joining Amazon Prime because I wasn’t sure I needed another monthly service, but I was really interested in watching the new series Modern Love,” says Mrs. Greco, the journalism teacher of NHS and also an Amazon Prime member. “The other benefit of having it is that all Amazon orders come within two days and are eligible for free shipping which is helpful this time of year.”