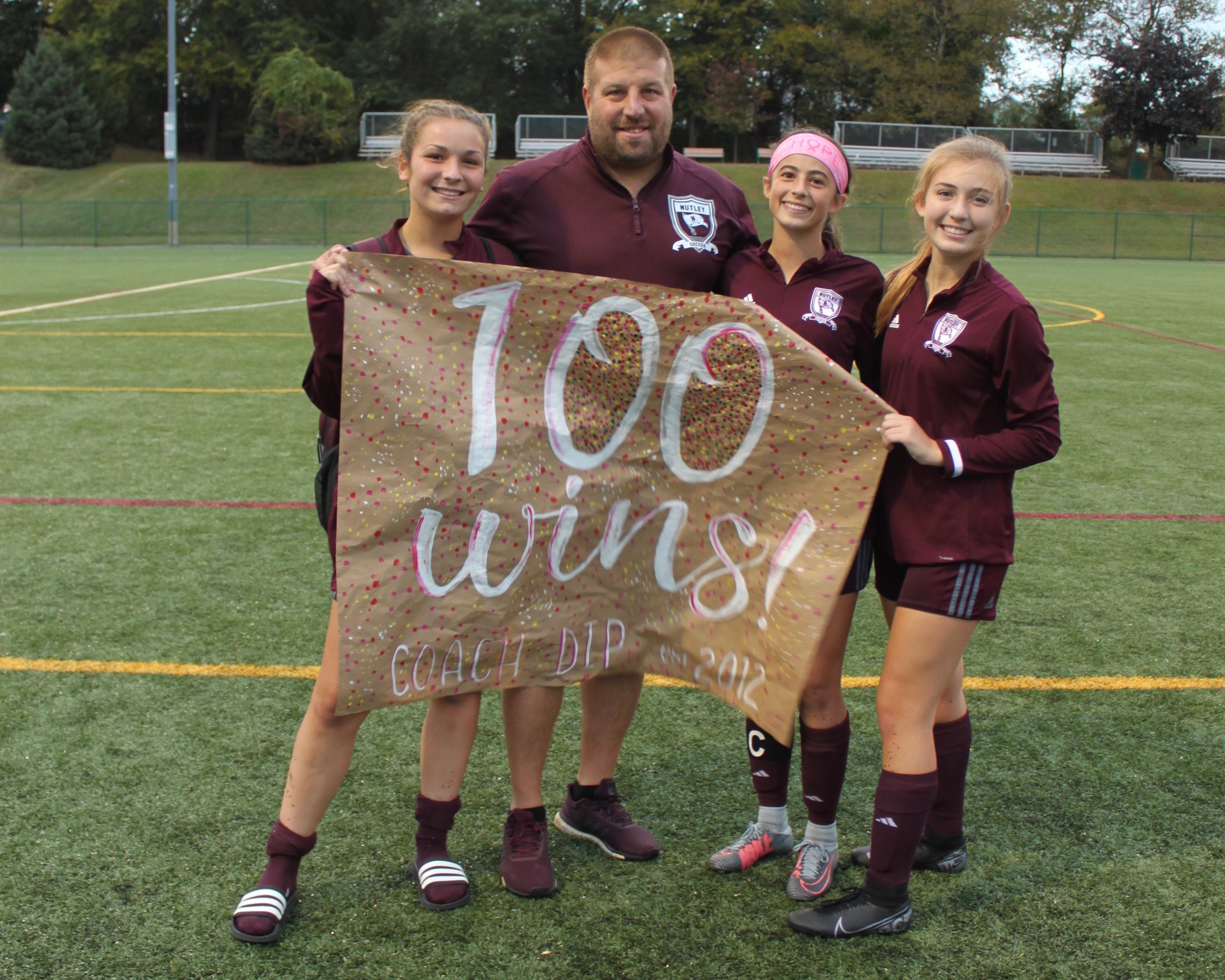 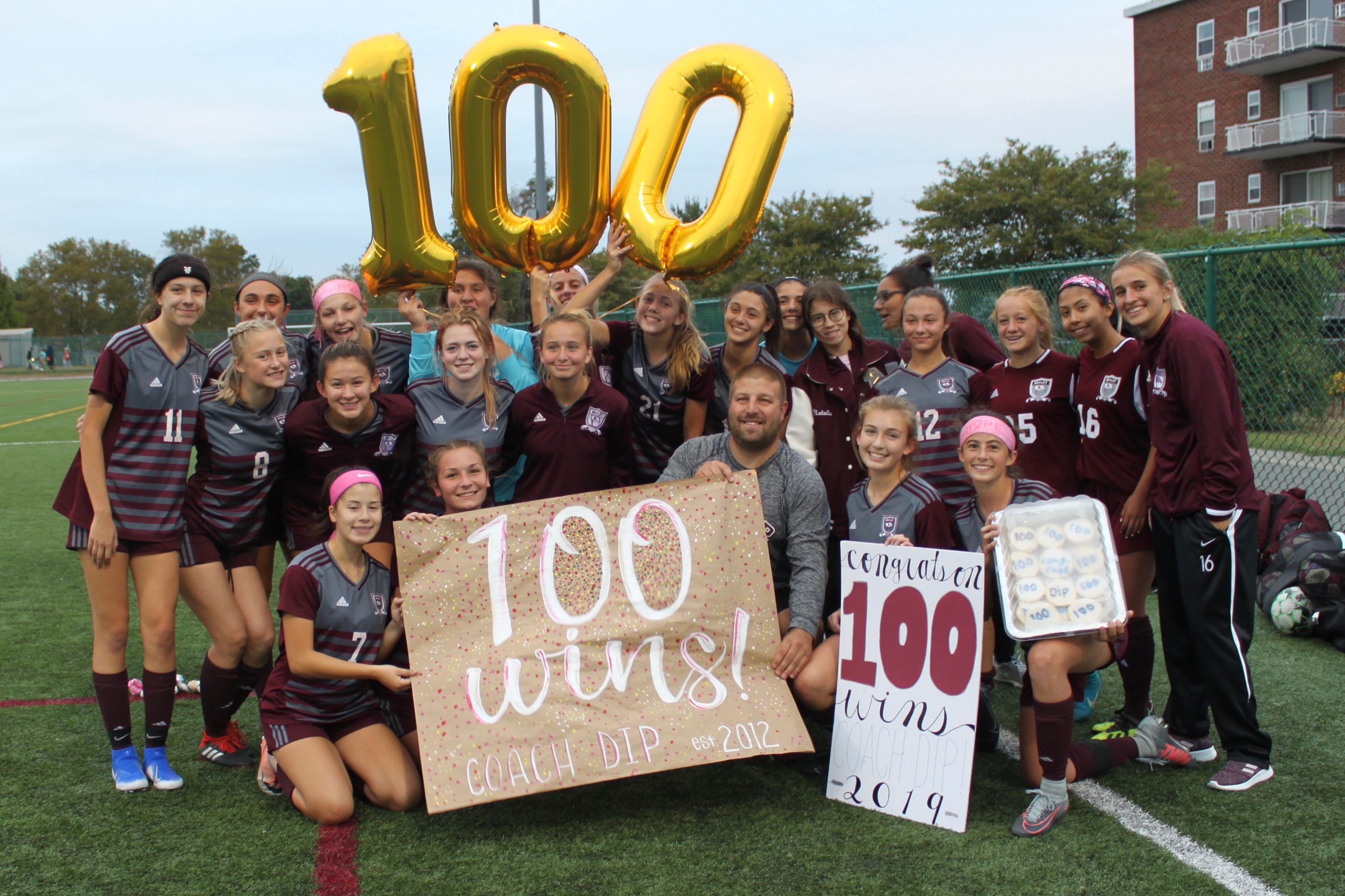 DiPiano’s 100th win with the girls soccer team also marked his 500th career win as a coach. He has won 293 as a head wrestling coach at St. Benedict’s Prep, Demarest, and Nutley High School. He also has 107 wins as the head coach of St Benedict’s Prep Baseball and his most recent win with the soccer team. DiPiano is very humble about all of this success. He says, “To be honest, I was just happy we won the game. Period. We have had a tough fall losing five games by a goal, so to win the game was the most important part of the day.”

Samantha Gabriel, a senior captain at NHS, was very happy to be a part of this game. She has known DiPiano since she was young because she used to go to his soccer camps. She understands that he has coached some really good players. Samantha explains, “To see all the amazing players that played for him, I think it was very cool to be the team that got his 100th win for him.”

Several of DiPiano’s former players reached out to him or witnessed his 100th victory. He says, “That is what coaching is about; the relationships and the fact that you have made an impression on someone that they take the time out of their busy schedules to call/text and congratulate you.”

Samantha agrees that DiPiano maintains good relationships with his players. “I believe we all have a good relationship, and he would do anything for the team and these girls. I am glad I’ve been coached by him these last four years and be apart of this huge milestone,” she says.

DiPiano hopes that the team makes the state tournament so their upcoming games will be very important. DiPiano explains, “we are so talented.” He believes that their record does not define them as a team and they will compete with the higher seeds in the tournament. DiPiano states, “I am hoping this win and celebration can kick start us to go on a run at the end of the season.” The girls and their coach are both really passionate about the game and that is all they need to be successful.