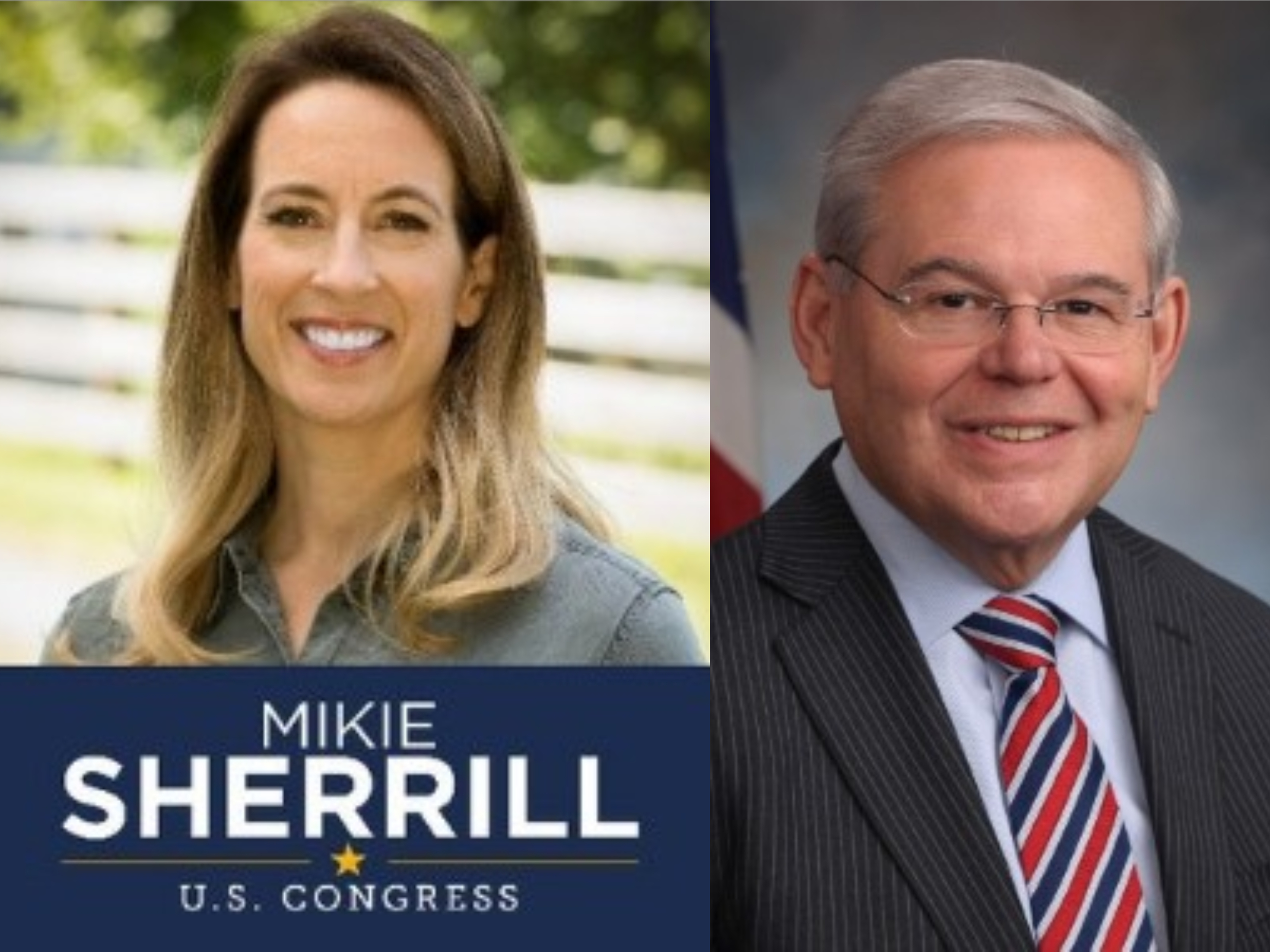 Submitted by Gabrielle Mackiewicz on 3 December 2018

On Tuesday, November 6, voters around the country hit the polls for the 2018 midterm elections. Up for consideration were 35 Senate seats, and all 435 spots in the House of Representatives.

This round of elections were set apart from midterms in the past, due to the large scale press for voter turnout. Activists, politicians, and celebrities alike pushed people to register to vote, especially on social media. Kim Kardashian tweeted a graphic of a list of voter registration deadlines with a caption telling fans to “Use your voice, register now,” and President Donald Trump endorsed several Republican candidates, encouraging people to “Vote GOP” on Twitter.

This drive to vote paid off, with a 47% turnout at the polls nationwide according to the United States Election Project, compared to 37% in the 2014 midterms, and 42% in 2010.

Residents of Nutley voted for a member of the House for New Jersey’s 11th district, and one of two Senators. For the House, Democrat Mikie Sherrill and Republican Jay Webber were the main candidates. Bob Menendez, a Democrat, and Bob Hugin, a Republican, both ran for Senate.

By the end of election night, the Democrats proved victorious. Sherrill won with 56.2% of votes, as opposed to Webber’s 42.7%, flipping the previously Republican held district. Menendez, being the incumbent, reclaimed his Senate seat with 53.7% of votes compared to 43.1% for Hugin.

In Nutley, the Senate race was a close call that was opposite the final conclusion. Hugin had 11 more votes than Menendez, with 5,036 votes compared to 5,025. The House seat was not nearly as closely contested, as Sherrill led Webber 5,879 to 3,988 votes.

Here is a closer look at these two newly elected local officials.

Though this is her first foray into a Congressional position, Sherrill is not new to American government. The Montclair resident earned a law degree from Georgetown University, as well as a Master’s degree in Global History from the London School of Economics and Political Science, which she used in her role as a federal prosecutor prior at the US Attorney’s Office.

However, Sherrill stood out most during her campaign for her time in the Navy, where the veteran served nearly ten years on active duty. She worked as a Sea King helicopter pilot throughout Europe and the Middle East. She also held the position of a Russian policy officer, helping to implement nuclear treaty obligations and managing the relationship between our Navy and the Russian Federation Navy. In addition to her law and Master’s degrees, she also earned a Bachelor’s from the United States Naval Academy before serving.

Congress wasn’t always a part of her plan, however. After leaving the US Attorney’s Office, Sherrill looked to go into criminal justice reform. President Trump and the 11th district’s former representative Rodney Frelinghuysen, who announced he would be retiring this year after serving 12 terms, played key roles in her decision to change paths.

“I think this president is leading through fear and intimidation, and I strongly believe this is a nation of courage and optimism,” Sherrill said in an interview with Politico. “The attack on the institutions of our government was disturbing to me.”

When a friend encouraged her to run for Congress, Sherrill wasn’t fully convinced until hearing that Frelinghuysen was refusing to meet with constituents. “That felt, to me, like Job One of a congressperson was to represent their constituents,” she said. “We’re in a representative democracy. And so I found that that really is incredibly offensive.”

Sherrill advocates for more progressives ideals, especially involving economic issues. She supports affordable healthcare for all and making college more accessible and less costly for students and families, issues she has seen affect many in her hometown.

She takes positions in favor of women’s rights, supporting equal pay for equal work and keeping the government out of women’s healthcare. She is against defunding Planned Parenthood, restricting access to birth control, and limiting women’s access to safe family planning services.

Sherrill also recognizes the gravity of climate change, and thinks it is important that politicians do not make it a partisan issue. On her official website, she says, “It’s an economic and national security issue that will affect all of us.”

“After a lifetime of service in the U.S. Navy and as a federal prosecutor at the U.S. Attorney’s office, I believe it is important to stand up and serve again,” Sherrill says. “My mission now is to bring that experience to Washington, to bring a different kind of leadership to Congress – leadership that will move this country forward and leaders who will listen to people and put their interests ahead of party.”

Menendez is no stranger to politics. The Cuban began his foray into government when he ran for a seat on the Union City Board of Education at 19, which he eventually won. He later earned a Bachelor’s of Arts from St. Petersburg University, then a law degree from a Rutgers School of Law.

Menendez continued his political career and became the mayor of Union City, and then was later elected to the House of Representatives in 1992 to represent New Jersey’s 13th district, where he served for 13 years. He switched to the Senate in 2006.

In terms of the economy, Menendez advocates for increasing the job market and raising wages, because, “the gap between the rich and the poor continues to grow as the middle class gets squeezed tighter and tighter,” as he explains on his official website. Like Sherrill, he also believes in affordable healthcare for all, and wants to make college less costly.

Being the son of Cuban immigrants, Menendez is in favor of reforming the immigration system, and thinks it is important to secure the border, but still keep families together. He helped propose a bill that would help millions of immigrants earn citizenship, and supports DREAMers, people who came as children, pushing for easier access for them to gain citizenship.

Menendez is firm in his belief in climate change, and the harmfulness that comes with it. He advocates for the use of green energy and pushes to reduce oil consumption by corporations and means of transport.

However, a large part of his previous terms and campaign were defined by scandal. As reported by The Washington Post, Menendez took several trips to the Dominican Republic, among other places, with a friend and donor Salomon Melgen, a wealthy Florida eye doctor, starting in 2006 while he was in office. Just before he was reelected in 2012, a person with the pseudonym Pete Williams tipped off the FBI that Menendez had had sex with four underage prostitutes while in the Dominican Republic. While there were some clues that might have led to a definite conclusion, these accusations were never confirmed and were left unsubstantiated. These allegations eventually lost traction because they were unsupported, but were resurfaced by his opponent Bob Hugin just weeks before this year’s midterm elections, even though there is still no solid evidence to prove the claims, and they are generally regarded as untrue.

While the prostitution accusations were never proven, they prompted the FBI to delve deeper into Menendez’s relationship with Melgen. In 2015, as further stated by the Post,  Menendez was indicted on federal corruption charges, alleging that he used his government position to aid Melgen and his company. The charges included helping Melgen get visas for girlfriends from foreign countries, assisting him in settling a multimillion dollar Medicare payment issue, and promoting a contract with the Dominican Republic to State Department officials that would benefit Melgen’s company.

Both men denied these allegations.

Melgen was later found guilty of stealing over $100 million from Medicare, one of the largest Medicare health-care frauds in history. He was sentenced to 17 years in prison.

In 2017, a trial for both Menendez and Melgen began, but eventually ended in a mistrial, and all charges were later dropped by a judge. However, after the criminal investigation had ended, the Senate Ethics Committee investigated Menendez. They concluded that he accepted bribes from Melgen, and “used his position as a Member of the Senate to advance Dr. Melgen's personal and business interests,” as stated in a public letter of admonition by the committee.

As of now, there have been no real consequences for Menendez.