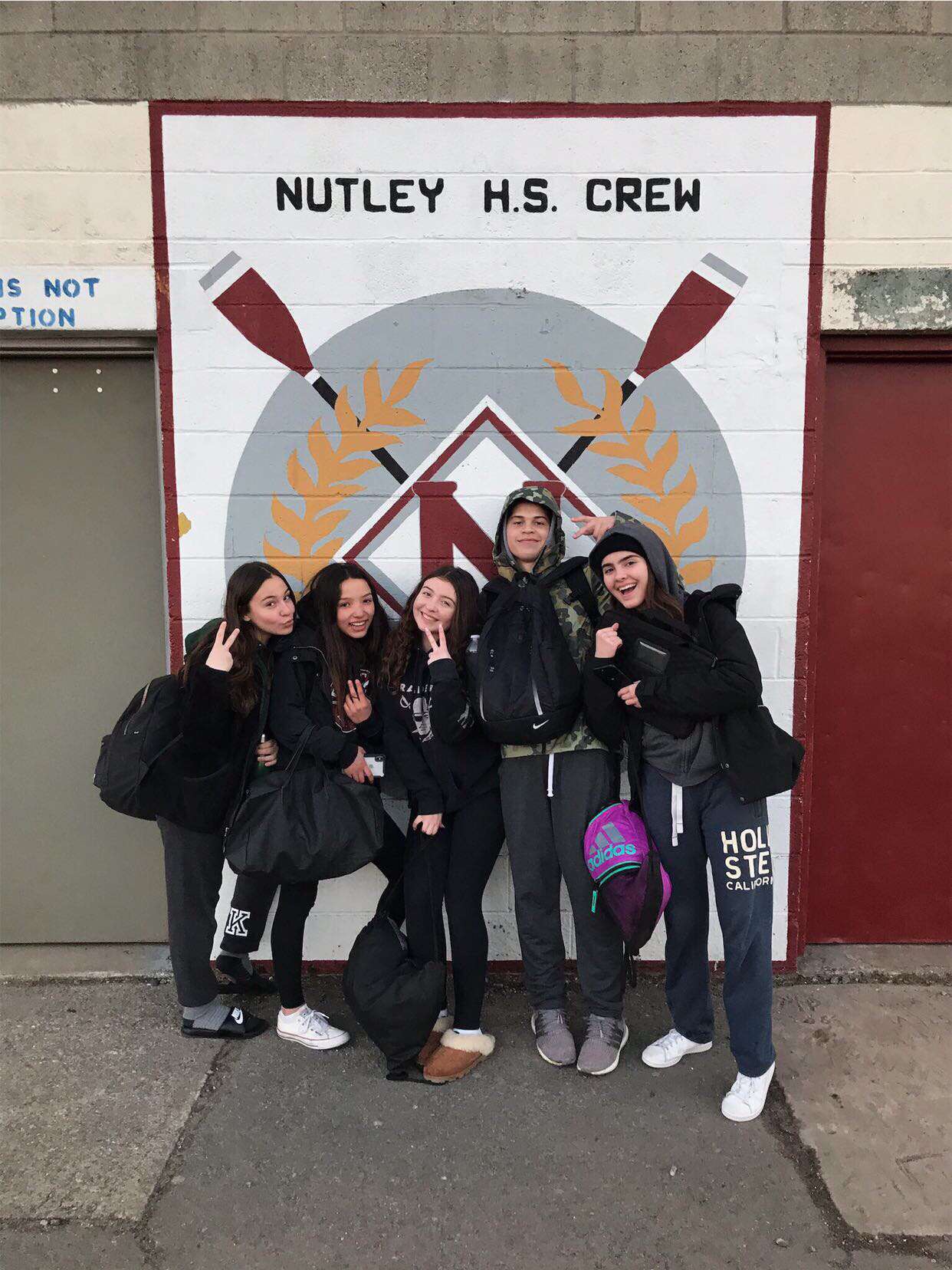 All You Need to Know About Nutley's Crew Team

Submitted by Dilara Kalebek on 19 March 2019

Nutley High School has many sports teams and clubs, but crew is one of the largest teams at the school. Crew is a team effort, a sport where all members are in sync on a physical and mental level. They come together as one machine, each student being a separate cog that the machine wouldn’t work without. All students are dedicated to the sport, being available at all times as well as needing to keep up academic standards. There’s a special bond between the students, their separate teams, and their coach.

Tryouts are taken extremely seriously by both students and coaches. There’s a strict program that all students must follow. Only the most able students make the team. They first must pass the swim test. If the swim test is not passed, the student is immediately unable to proceed to the next level. Then, there are other physical components the student needs to be fit in, including safety concerns. In case of a boat flip, or the falling of a student into the water, the members must be physically able to swim back to the boat or make it to shore easily. All participants are told what they need to do to make the team, as the Varsity Coach, Kevin Smyth, said, “we are very transparent. We have a program guide that clearly explains what is necessary to be eligible for the team, and how to earn points towards a varsity letter. It also contains rubrics that describe levels of strength and conditioning and aspects of the rowing stroke on a scale of 0-5.” Coach Smyth, as well as his colleagues take their selection process seriously.

The students go in and have a face-to-face meeting with the coach of their level.  They discuss “availability,” “academic history,” “level of interest,” and “outside interests.” After the discussion, the student will be instructed by a coach to show their rowing stroke. The coach will demonstrate and the student will follow their lead on one of the rowing machines. Their ability to take the form on properly, as well as how fast they learn, will then be taken into account.

That’s not all though, team chemistry is an important part of the process. These students need to be potentially able to work together to create a “symphony of gracefulness,” according to Coach Smyth.

Coaches pick the 5 or 9 students who are dedicated to the sport and the team. Those who are able will be able to participate in a rough, rigorous, but also rewarding sport. The Coaches even allow students trying out to go participate in work outs, with already established Varsity Rowers, to get a sense of what they’re going to be doing. The coaches are always there with their students, working with them and offering whatever support or help they may need. The crew coaches focus on crew skills, physical skill potential, academics, and discipline, everything that makes a good student, and athlete, when choosing their disciples.

The crew team does not take season preparation lightly. Coach Matt Bustos is in charge of getting the set members, and those trying out, in shape throughout December to February. It’s a program that increases strength and conditions the students while also helping to later on prevent them from receiving an injury. Although it’s optional, some of the members do a workout with the coaches on the rowing machines during the months of January and February.

The kids are constantly practicing, several times a week. Along with practice, crew has workouts they can complete down in the Nutley High School weight room. The set workout is curated by their coaches, made with the purpose of increasing their physicality.

The members who are rostered also have the chance to prepare throughout the fall season. Many members do so about two or three times a week, The coaches do their best to offer their disciples whatever they can to help them perform their best throughout competition season, as well as stay fit throughout the rest of the year.

The crew team is held to a high standard, not only in their tryouts, but practices as well. They carry an athletic prowess with them as they go into the season. They have crew practice five days a week, although it depends on the state of the team. Usually the schedule is: practice five days, competition once a week, and then a rest day. They also continue with workouts, which the students can go do themselves, as long as a coach is in the room. The workouts and practices aren’t always the same. “Each coach tailors his or her training plan to peak for specific races, so any given week may see an additional rest day or perhaps a second competition,” Coach Smyth said.

It’s clear that Nutley’s crew team puts a lot of their effort into their sport. They truly try to do whatever they can to ensure that they are able to put their best foot, or stroke, forward. The kids are dedicated and so are the coaches. When rowing, the students become the mechanics of the clock that is the crew team, and their coaches are the clock makers who put them together so that they can do their part.