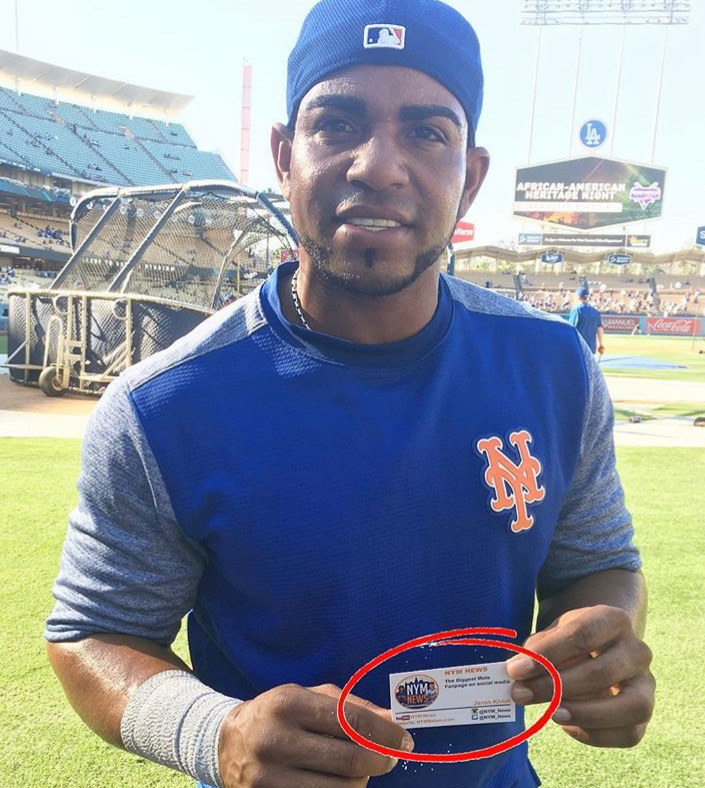 If you ask almost any student in high school right now if they’ve ever owned an Instagram fan account for a celebrity, sports player or team, the answer would likely be yes. They probably would tell you that the account wasn’t gaining enough followers and likes so they stopped using that account and gave up on their dreams of their idol noticing them. For Jaron Kiviat, that most certainly is not the case. In April 2014, he created his account for the New York Mets on Instagram, NYM_NEWS. Now with 73.4K followers and counting, the senior in high school is thriving.

This year, Kiviat will graduate high school and will attend Lasell College in Boston in the fall. At Lasell, Jaron will continue his interests expressed through his Instagram with his major, Sports Management. Born in Beverly Hills, CA, he then moved to Tarzana, and is now living in Calabasas, CA. Kiviat has been a Mets fan for as long as he can remember. When asked why he created his account for the Mets, he said, “It was created because I was looking for Mets pages to follow as a fan, and I was disappointed with the results so I decided to take matters into my own hands.”

His account is the largest fan page for the Mets on Instagram and is growing every day. “I envisioned it (his account) would be successful, but definitely not to this rate. The outpouring of support has been incredible,” he says. In the last year alone, he has gained 10K followers. His account provides final game scores, line ups for games, player updates, videos, and more. Kiviat also has an expansion account called @nymclips for game clips.

Some people may be confused as to how someone can be a fan of a team from the other side of the country, but Jaron makes it work. He gets it from his father from Long Island, who decided to raise Jaron a Mets fan when he was born. Whenever the Mets play in California, he always tries to make it to games in Los Angeles and San Diego. Additionally, each summer he tries to plan a trip to the city to make it to a Mets home game at Citi Field. When he is planning his trips he has to plan accordingly. He says, “I choose them based on opponent or convenience. For example, I’m currently planning my NYC summer trip around the Subway Series in early July and my school orientation, which is in late June”. At games he often gets recognized by fans and players and it has become quite normal for him.

Like many Mets fans, he has hopes of them winning the World Series in the year 2030.