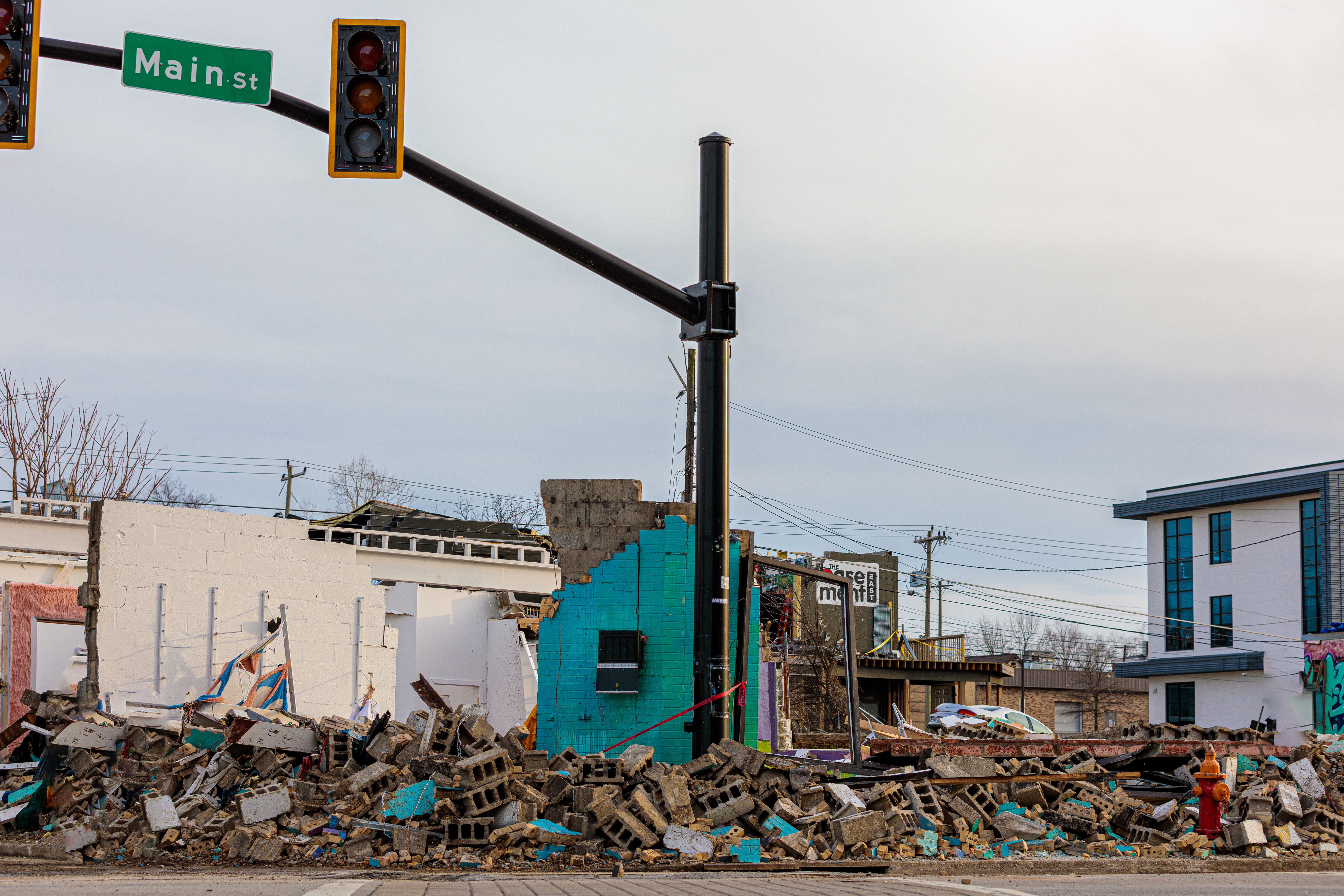 Submitted by Abigail Scheidel on 26 March 2020

Before dawn on Tuesday, March 3, dangerous storms and a tornado hit central Tennessee, leaving 24 people dead and hundreds of buildings destroyed. The tornado mainly hit East Nashville, ruining some of the town's famous landmarks. Power was knocked out for nearly 50,000 Nashville residents. It was recorded as an EF-3-rated tornado and it expanded about 50 miles. There are already 20,000 people signed up to volunteer to help and clean Nashville and the surrounding areas that were affected by the damage. Celebrities, such as Taylor Swift, are also making donations to the clean up.

Even though there were 24 recorded deaths, there are still 77 people that are unaccounted for. Officials have been looking through the piles of rubble left behind hoping to find survivors. In Nashville, there were 48 buildings that were knocked down and 39 roads closed due to excessive damage. Originally, 116 roads were closed down, but most of them reopened due to fast recovery. There are trash trucks running in North and East Nashville collecting debri. There have been 94 tons of trash gathered since March 7th.

The day of the tornadoes, there were videos released of windows exploding, walls collapsing, roofs taken by the wind, trees falling, and people being thrown from their homes. As these videos were circulating it frightened the citizens, but caused them to understand the severity of the situation. Most of the 24 deaths were caused during their sleep because of how strong the tornado was. Thousands were affected by this tragedy and their recovery process will be a long road.

The hashtag “Nashville Strong” has been trending and all of the residents have been lending a hand to their city. People began showing up to the damage with gloves, chainsaws, garbage bags, and tarps to make a difference. They are stocking up food for themselves, friends, and even strangers. The city is uniting for the greater good and to rebuild their famous city. Organizations such as Hands on Nashville, Gideon’s Army, the Second Harvest Food Bank of Middle Tennessee, and the Community Resource Center Nashville are providing their expert efforts to help clean the rubble. The New York Times stated, “people just keep showing up and looking around for an opportunity to help - so many people that it can sometimes become a problem for power crews with heavy equipment trying to get through.”

According to resident Margaret Renkl, none of this help is surprising. “This is what southerners are famous for,” she expressed in The New York Times. President Trump has sent his condolences to the city. There is still severe damage that needs to be cleaned, but with the support of each other, Nashville plans to get past this traumatic event.