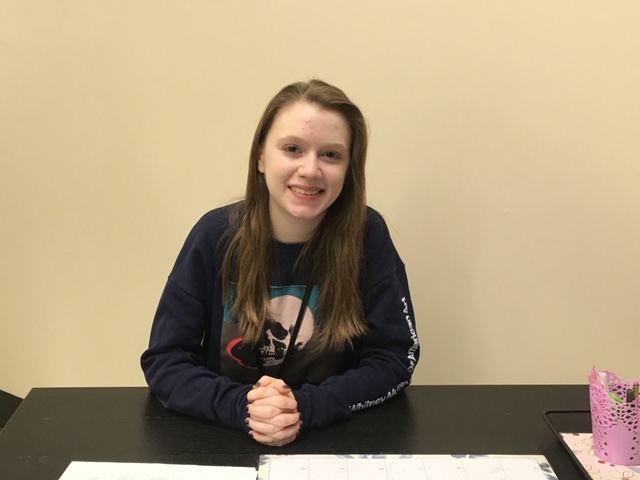 Resurrection of the Fall Play

On November 18, 2019, Julia Resnick, a junior, reminisced about her success in her theater career at Nutley High School. More specifically, she spoke about her recent project in the fall play, The Night of the Living Dead and the large role that she played offstage. The Night of the Living Dead is about the deceased resurrecting and eating the living on Halloween. The zombies held people hostage in a farmhouse, where most of the play took place.

In the fall of 2018, the fall play was canceled, leaving many people upset. Fortunately for these students, Julia did not want history to repeat itself, so this fall she took matters into her own hands and directed the play herself.

Julia’s love for theater began when she was just six years old when her mom took her to see a play. While watching, she thought to herself, “I can do that.” From there, its been all hard work to get her where she is today. Bringing back the fall play has been Julia’s greatest accomplishment in theater because it was all student-run and she felt that she was able to create something that could make others happy. That’s her favorite part of theater, getting emotions out of her audience. She says, “it’s a great feeling,”

Julia is also the president of Thespian Honor Society at NHS, the honor society for high school and middle school theater students. As president she wanted the theater to be a safe and welcoming environment to all of the thespians and she felt she did that through the fall play. “We were one, big ensemble,” Julia expresses. She believes that this is the reason the fall play was so successful.

Beginning with auditions, Julia knew that she wasn’t looking for people who could act the best, but the group of people who could work and act best together. Since she knew what she was looking for, the audition process went quickly and smoothly. The next step was preparation, the most challenging aspect in the fall play. “Getting everything done in time was the hardest part,” she explains. The lead of the play didn’t know his lines until a couple weeks before opening night and they were not able to access the auditorium until a week before the show. This was all very stressful for Julia, but luckily her assistant director, Katharina Rakauckas, helped keep her sane. Katharina says, “it was so easy to work with her (Julia) and put our heads together to solve issues regarding the show. I would work with her again in a heartbeat.”

Julia hopes to continue musical theater in her future where she would pursue acting, earning a Bachelor of Fine Arts. She is already looking at Carnegie Mellon University, DePaul University, and Boston University which are all very competitive in their theater departments. Mr. Michael Gurreri, NHS English and Theatre teacher, says that Julia, “has a real future in this.” Julia understands that after college there won’t be hundreds of opportunities thrown at her. She explains, “most likely, I’m not going to get something big for a while.” In the beginning, it will be a ton of auditions for her, hoping to get a small role in a show.

Though Julia is only a junior in high school she is ready for what the future will throw at her. She aspires to leave her mark on NHS through the Thespian Honor Society. She would like to leave her legacy for the next president. “I think theater is a certain place where you shouldn’t feel like an outcast. You should feel like your apart of one single group,” Julia expressed. She hopes to leave NHS as a respected young adult, by all people, not just by her thespian peers.