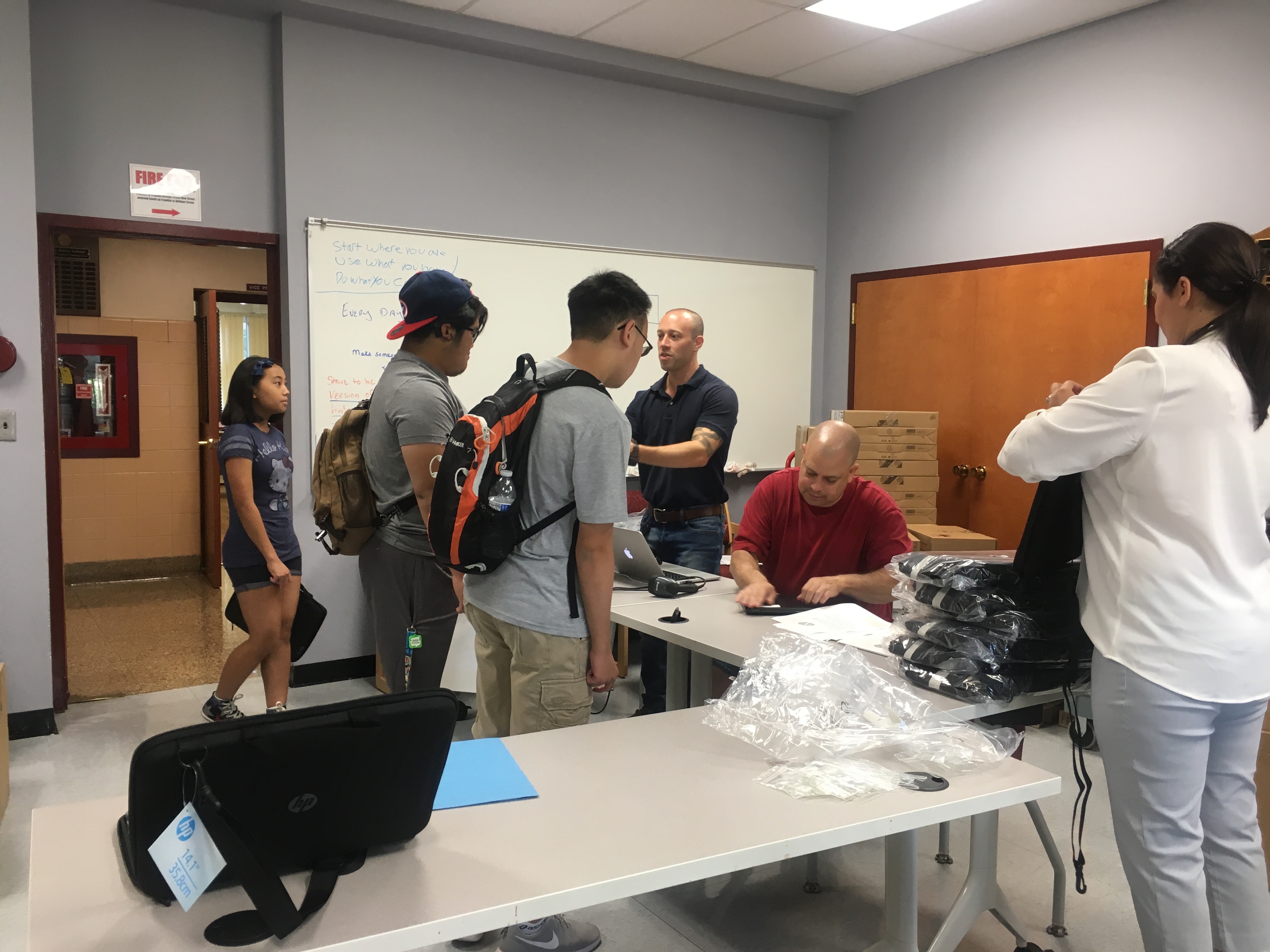 Nutley High School; How the Chromebook Initiative Came to Be

Submitted by Bhuvan Dave on 1 November 2018

Nutley High School is always looking to evaluate, change, and grow for the betterment of the student body, school and staff. The new 1:1 Chromebook Initiative is a perfect example of this. In an ever-changing technology-driven world, each student of Nutley High School received their own Google Chromebook at the start of the 2018-2019 school year. In previous years, students would access communal devices stored on carts, such as iPads or Chromebooks, in their classroom setting to aid learning. Now, with their own personal devices, students and faculty both hope to future develop technology skills. Despite the support of the initiative, some students have found it somewhat challenging to adjust to the Chromebooks.

The development process of the 1:1 Chromebook Initiative was of extreme importance for the district and a head of the technology department was needed to oversee the process and it's successful start. Longtime NHS history teacher Mr. Joe Dwyer became the Coordinator of Integrated Technology for the district halfway through the 2017-18 school year, only months before the initiative took effect. Even though he has since left that position to become Coordinator of Social Studies, Mr. Dwyer said that the mission was simple; “making sure [the Chromebooks] rolled out effectively and making sure everyone physically got one.”

Even after each student got a Chromebook, the job was not done.  “A long-term goal would have been just to make sure that we have teachers using them with students in a way that was not just a substitution for something else, but really allowing for a transformation of learning, where students are doing new things with those Chromebooks that would have been unable to do without them,” Dwyer said. With a Google Chromebook in each student’s hand, the plan was given its footing to become an effective way to learn.

The initiative’s success relies heavily on the students' usage and feelings towards the Chromebooks. NHS senior Natalia Acevedo, feels as though, “the normal daily things that need to be done would be needed to be done either way of having a Chromebook or not, there are no excuses,” she said.

While some students may have been challenged by the transition to the Chromebooks, teachers and administrators have become the initiative’s strongest supporters. “For the longest time, we've been trying to get to a one-to-one ratio with Chromebooks as most of the instruction and learning expectations have shifted,” said Principal Denis Williams.

Now, almost two months after the start of the 2018-19 school year, each student of Nutley High School has successfully received a 13-inch Google Chromebook. Dr. Shoja, the current Coordinator of Integrated Technology, has a vision for the future of the 1:1 initiative. “The focus of the 1:1 Chromebook program in Nutley Public Schools is to prepare students for their futures in a world of digital technology and information," Dr. Shoja said. As we navigate the 21st century, ​excellence in education requires that technology, including access to the Internet, be readily available and seamlessly integrated throughout the educational program."