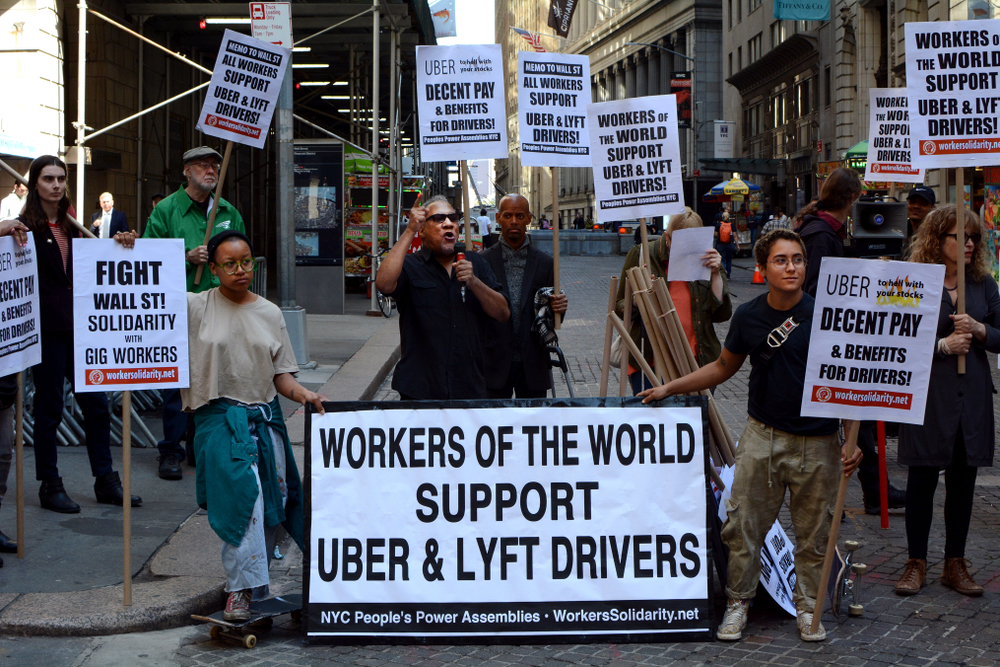 Submitted by Gabrielle Mackiewicz on 28 May 2019

Around the globe, drivers of rideshare companies Uber and Lyft went on strike on Wednesday, May 8 to demand better pay, better benefits, and job security. As Uber and Lyft have completely changed the game for transportation services, backlash from their drivers has raised questions about their ethics and policies.

In San Francisco, California, protesters took to the streets outside of Uber’s headquarters, wielding signs and demanding better benefits. In Los Angeles and San Diego, California, drivers stopped working for a full 24 hours. In Atlanta, Georgia, they logged off rideshare for 12 hours. In New York City, drivers stopped taking customers for two hours, from 7 p.m. to 9 p.m., which is a busy time for rideshares in the city. Protests also took place in the United Kingdom, Australia, and South America.

Many of the issues that the drivers are protesting are due to the fact that they are considered by Uber and Lyft as “contractors” instead of employees, which denies them different benefits. Both companies claim that this is a pivotal aspect of their businesses, and that making drivers employees would leave them unstable.

Because they are not technically employees of the companies, drivers cannot form a union, which has forced them to publicly protest. They also do not have to be paid minimum wage, and don’t get workers’ compensation or unemployment insurance, among other things.

The strikes came just days before Uber’s initial public offering on the New York Stock Exchange, which was expected to be around $100 billion dollars, one of the largest IPOs for technology ever. Though they only reached $69 billion dollars, the expected high valuation left many, especially their drivers, asking why their “contractors” aren’t making a living wage.

Those protesting see this as a clash of classes; the upper class owners of the companies make billions of dollars, while their working class drivers make nothing. As Uber and Lyft dominate the rideshare playing field, they have each seen immense profits, and despite their high valuation, many drivers believe the companies have not been properly paying them compared to the vast amount of money coming in.