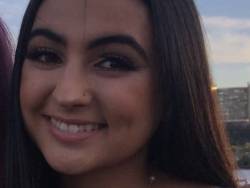 Submitted by Sophie Soto on 10 February 2020

On January 18, 2020, Nutley faced a tragedy like no other. Amanda Russo, 29, and her 7 year-old son, Danny, were victims of a deadly house fire on Park St. in Nutley, NJ.  The house set on fire on a Saturday afternoon leaving the 74-year old grandfather injured and grieving. The blaze was called to Nutley firefighters around 12:30p.m and raged for two hours before it was knocked down.  Sources from NJ.com stated seeing the grandfather, “covered in soot and burns” as he emerged from the burning house alongside his wife walking down the street who broke down in tears once seeing the horrific event.

Fire engines from Nutley, Bloomfield, Lyndhurst, and Belleville were all on scene while the grandfather was rushed to the hospital to be treated.  Michael Diacheysn, a Nutley resident who witnessed the fire, explained to NJ.com that, “Fire was coming out of the roof and windows, pretty much on both sides and the front.”  Firefighters were soon evacuated with fear that the house would collapse on them. A memorial for the lives of the mother and son began shortly after firefighters cleared the scene.  Flowers and stuffed animals have been placed on the steps of their front door in their honor as well as a GoFundMe Campaign, started by Nutley resident Danielle Furman, has raised over $25,000.

Nutley Fire Chief, Paul Cafone, offered detailed ways to prevent fires and take action from future fires in homes.  With a variety of titles under his belt like police dispatcher, patrol officer, fire inspector, firefighter, and fire captain, Cafone was promoted to Deputy Fire Chief in 2010 and continues to run the fire department today.  Handling day-to-day operations of the department and organizing procedures to cover any kind of emergency, Cafone is equipped with all the tips needed to keep families safe from another devastation occuring.

Smoke alarms are a key part of any fire home escape plan.  They should be installed in every sleeping room, outside each sleeping area, on every level, and at least 10 feet away from the stove to prevent any false alarms.  “When there's a fire it spreads fast,” Cafone explained. “Working smoke alarms give you early warning so you can get outside quickly.”

Today’s smoke alarms are more technologically advanced, sounding off all alarms in a house if only one detects smoke, however most people aren’t always up to date with their alarms.  Testing them twice a month and replacing them every 10 years, alarms are made to fit any kind of situation. He explains that, “people who are hard-of-hearing or deaf can use special alarms. These alarms have strobe lights and bed shakers.”  However there’s more that people can do to practice safety other than installing detectors.

Making a home escape plan that is understood among all the members in the household and ensuring there are always two ways out of all rooms, is an essential part. When a fire is first detected it is most important to get out first, leaving any materialistic items behind, and saving yourself and family.  Cafone emphasizes the importance of “Remembering to GET OUT, STAY OUT and CALL 9-1-1 or your local emergency phone number. Yell "Fire!" several times and go outside right away.”

The Nutley firefighters take pride in their fast response time, reporting to any scene within 3 to 5 minutes from the time the call is dispatched.  Since fire spreads quickly, response time is critical, however, Deputy Fire Chief of ten years, Paul Cafone, has trained and prepared all his men to report to any scene no matter how big or small.