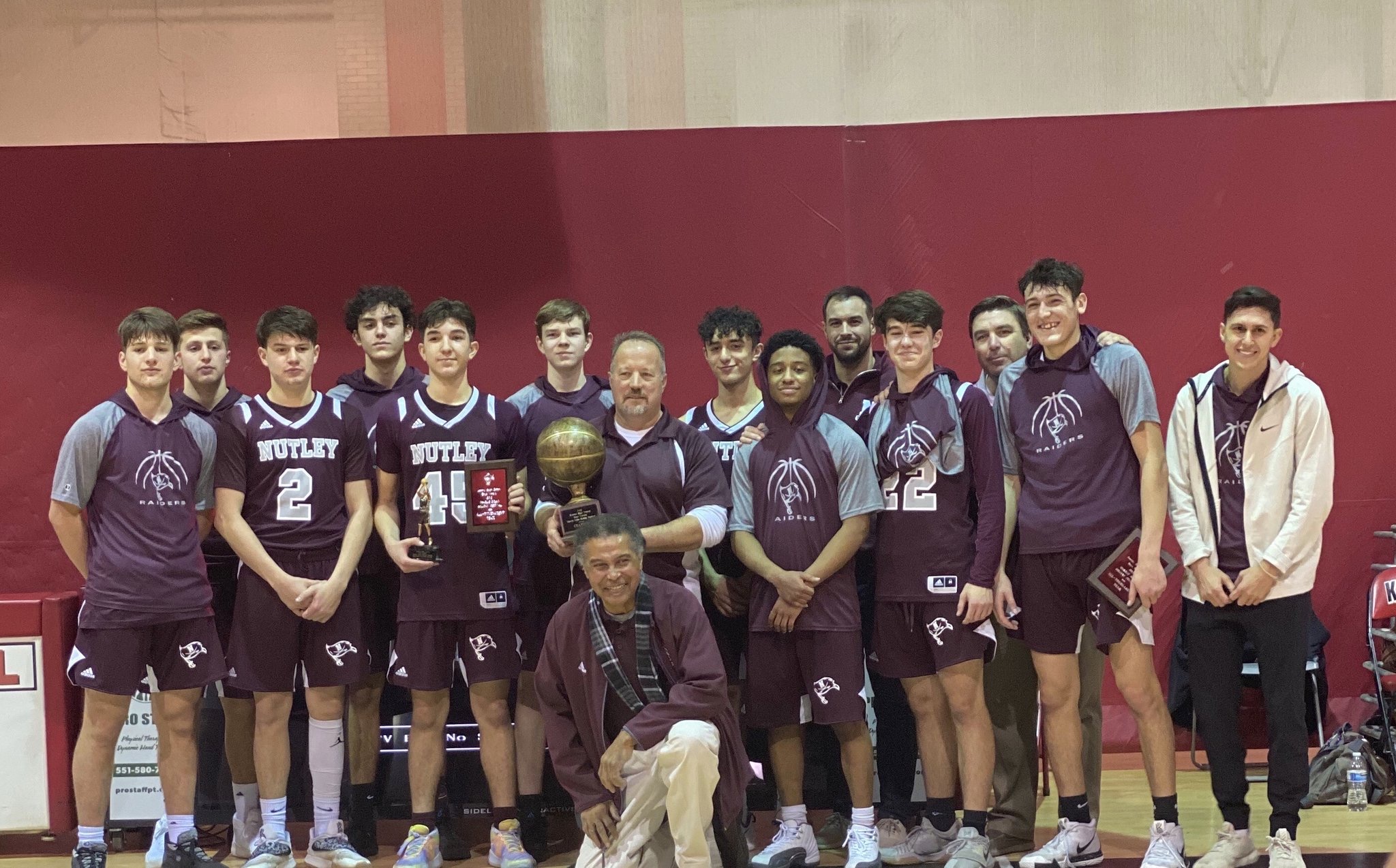 The Newest Addition to the Boys Basketball Team

Submitted by Abigail Scheidel on 10 February 2020

After losing four key players from the 2018- 2019 season, Coach Robert Harbison and the returning 12 players from the NHS boys' basketball team needed something new to boost their confidence for the upcoming season. When the 2019 school year began, Mr. Alec Johnson started his first day as a Nutley High School guidance counselor and he also decided to volunteer to help with the boys’ basketball team. The team is currently 4-13, but Johnson is looking forward to their approaching, more important games.

When Johnson’s high school career ended, he knew he wanted to continue it by coaching. He said, “I always thought I’d be a better coach than player.” Once he received his undergraduate he coached at Hillsborough High School, his former high school where he played basketball, for three years before settling down in Nutley. “I like the idea of using a child’s game to empower and build confidence in young students,” Johnson expressed. With the season already almost over, Johnson has greatly impacted his players.

At practice, Johnson mainly focuses his coaching on defense. Tyler Dick, senior guard for the team, explained, “We’ve become a much better defensive team. We are more disciplined because of his coaching ability.”

Although Johnson centers his attention on defense, he feels his greatest strengths as a coach are his passion and attention to detail. He believes that seeing the smaller things are as just as important as the big things. He continued, “I think my attention to detail is one thing that can really put me forward in the coaching world.” By taking each step day by day and focusing on the little things, the big picture will eventually shine through.

With the season coming to an end, Johnson hopes that the team just continues to work hard and get better each day. The Essex County Tournament was on Saturday, February 1 and, as the lower seed, Johnson intended for an upset game against the higher ranked team. However, the boys lost against American History by just six points. Johnson says, “we just want to improve each day, do the best we can in our upcoming important games, and move on to each round.”

Johnson knows that the team’s current record is not a reflection of who they are as players. He expressed, “the kids are really respectful and they come to work everyday, which is something that you can only ask for as a coach.” The rest of the coaching staff includes, Harbison, Robert Porrino, and Jarret Vick. The whole group is dedicated to keeping the kids up to date and helping them improve everyday. “It has been a great experience for me so far,” Johnson says.