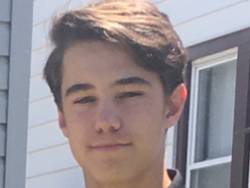 Since the 2014 college football season,  the NCAA implemented a new way to determine the national champion, a four-team playoff with a semifinals and finals. This started because of controversy surrounding the old format. The old format just had the number one and number two ranked team play against each other to determine a champion. Many coaches, athletic directors, and analysts were very unhappy with this format because they felt it did not give all the teams a chance to prove they were the best. This is the sixth annual year of the college football playoff and it is only getting better each year.

This year’s playoff is one of the most anticipated playoffs since the format became official. LSU, Ohio State, and Clemson are all unbeaten and Oklahoma has only one loss. Although all of those teams are the usual college football powerhouses, there is one team not in the playoff that is very shocking to most fans. Since the playoff format began Alabama has been in the playoff every single year, winning the playoff two out of the five years it has been existent. But this year, a new team will take home the crown and will be able to call themselves the king of college football.

As many fans are very excited to see this year’s playoff happen, most people have different predictions as to which team will come out on top. Every year experts at ESPN.com put together their predictions on how the college football playoff will turn out. For the first game between LSU and Oklahoma, most experts are picking the LSU Tigers to win this game and convincingly, “Hurts and an improved Sooners defense make this interesting for a quarter or so, but there's no slowing Joe Burrow, Ja'Marr Chase, Clyde Edwards-Helaire and the nation's most exciting offense.” As for the other semifinal matchup, the experts are picking the defending National Champion Clemson Tigers over the Ohio State Buckeyes. “The defending champs use a big fourth quarter to advance to the national title game.” Along with the semifinal picks, experts also picked the winner of the National Championship game. They have predicted that LSU will beat Clemson with the final score being 38-37, “Burrow throws two fourth-quarter touchdown passes, including the game winner to Justin Jefferson in the final minute.” All of the experts have picked the LSU Tigers to reign over college football once again by winning the 2019 College Football Playoff.

Although that the College Football Playoff has its pros allowing four teams to battle it out to decide the best team in the country, many people feel that the playoff should be expanded to eight teams instead of just four. Most people feel this way because since the playoff was created, every year at least one team who deserved to be in the playoff was left out because only four teams are allowed. Expanding the playoff to eight teams will really benefit the NCAA, it will allow them to have even more nationally televised games which could allow more casual fans to fall in love with the game and become avid fans of the game.

Even though the playoff has some flaws, it was a big step in the right direction for the NCAA as since it has become a thing ratings of the semi final and championship games have been through the roof. I am very excited to see how the playoff turns out this year.