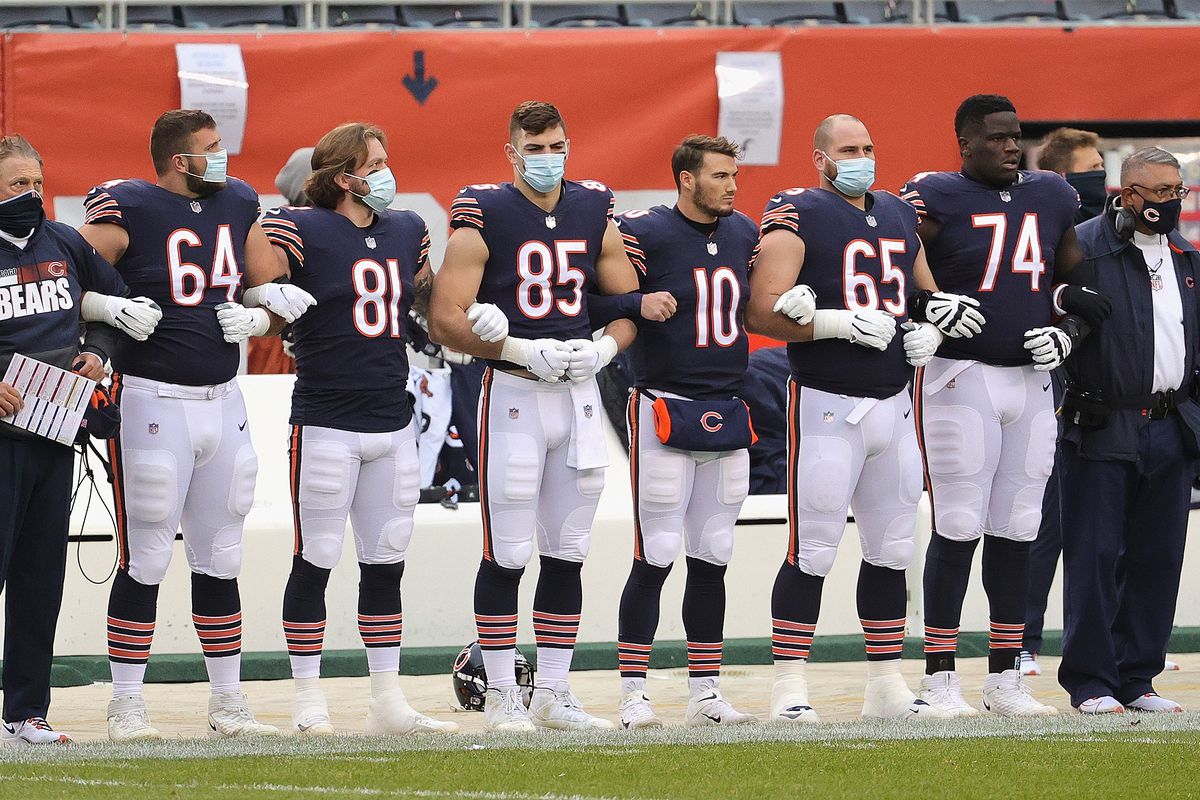 Submitted by Salvatore Intili on 17 December 2020

As NFL fans approached the end of 2020’s summer, one question lingered among all sports fans. Everyone asked themselves if there would even be an NFL season due to the national pandemic of COVID-19. Although the fans got the outcome they wanted, it left many to wonder if it was truly worth it.

Players are being put into COVID protocol in large groups as the number of cases skyrocket once again. The fans are forced to watch football with some of the league’s best players sitting at home due to being near someone who has or had COVID. Not only has it affected the viewers, but certain teams are without a good amount of their top players because one player contracted this unpredictable virus.

Within the past couple weeks, COVID has taken its biggest toll on the NFL. However, fans saw their biggest outbreak in the beginning of November as the NFL was headed into Week 9 of the NFL season. John Breech at CBS Sports explains, “As of Friday morning, 50% of the league's 32 teams are dealing with at least one case of coronavirus. In total, 16 teams have either had to place a player on the reserve/COVID-19 list or had to shut down their facility due to a COVID scare.” From there it only gets worse, as they are forced to have nothing but virtual meetings heading into gameday. While some teams lost players that didn’t mean much, other teams lost some of their most valuable players. The Detroit Lions lost their longtime quarterback Matthew Stafford, the San Francisco 49ers lost their talented young receiver Deebo Samuel, the Chicago Bears lost a majority of their offensive line, and the list goes on. Fans saw a week of football where teams were playing without some of their most vital players and certain teams paid the price with a loss due to this. With this being the most impactful week of COVID the NFL has seen, more recently they saw COVID take one team making a late playoff run and set them back in a way no one has ever seen before.

As the Baltimore Ravens were set to make a good playoff run, COVID spoiled their plans. This virus forced the team to go as far as taking players off their practice squad and have them participate in one of their most crucial games. The Ravens were set to play the Pittsburgh Steelers, their division rivals who were also undefeated at the time and would’ve been a huge game for their playoff race if they won. But COVID got the best of them, as it took the Raven’s quarterback and last year’s MVP Lamar Jackson out of the game. To make matters worse, they were forced to resort to their third string quarterback because at the time their backup was also injured. When you think it couldn’t get any worse, COVID claimed even more key players from Ravens.

Scott Polacek at Bleacher Report breaks it down for fans, as he states, “Running backs Mark Ingram and J.K. Dobbins, defensive lineman Brandon Williams, linebacker Pernell McPhee, defensive end Calais Campbell, and offensive linemen Patrick Mekari and Matt Skura were all placed on the reserve/COVID-19 list in the week leading up to the AFC North showdown with Pittsburgh.” They were left to play against the league’s most feared team without the majority of their best offensive weapons all while making a late push to try and enter the playoffs. The Ravens ended up losing and it forced their team record to 6-5, which would only allow them to barely be in the playoffs. It seems as if COVID has only made the world a worse place as it ruins almost everything we love. However it has reinforced some positive things in the sports world and pushed people to do kind things they wouldn’t normally do.

Former NFL safety Myron Rolle took on a huge challenge as he took his time away from the game to do something that requires a lot of character. He went to expand his horizons as an emergency nurse to fill in for the nurses who were set to work with COVID patients. Although as the virus peaked, he essentially became a multipurpose nurse who dealt with COVID patients, surgeries, and many other issues in the hospital. Rolle spoke to a representative at “The Undefeated” and explained, “When we were a hot spot, our neurosurgical floors were turned into COVID-19 floors. We were all recruited to take part in the treatment.”

As he volunteered his role became bigger as he had many different issues to handle in the emergency room. He leads a positive life and is a great role model for current players who have a younger audience looking up to them. He goes beyond this as he does his best to give players and coaches pointers on what is best to do as they progress through this odd season. Players see him take on this role and consider it as an inspiration to make sure they follow all COVID guidelines because they realize they are putting their own kind at risk if they don’t. Rolle emphasizes the importance of guidelines to these players and works closely with teams to ensure their safety as they move along through these wild times. He sets a walkway for players to follow as he inspires many people daily to volunteer and stay safe. The impact he has had on the sports world is great, as many fans and players have expressed their greatness for someone like him. He took on a hard job and works as much as possible and not only does it affect his bank account, but it affects the world as we all learn and aspire to do something as great as he did.

From the fans, to the players and coaches, all the way to the retired players, we see COVID impacting the NFL as a whole in many different ways. In one case, it is inspiring and allows fans to see life from a different perspective and motivate them to go out of their way to help those around us.

But from another perspective, fans see it has taken the game we love and has turned it into a disaster as teams lose players one by one as weeks go on. Regardless of whether it has a positive or negative affect, it is changing the NFL to make it something no one has ever seen before. It only seems to get worse as it goes on, but from another lens, fans see the motivation it sparks inside of some people and it gives fans a reason to smile through these tough times.