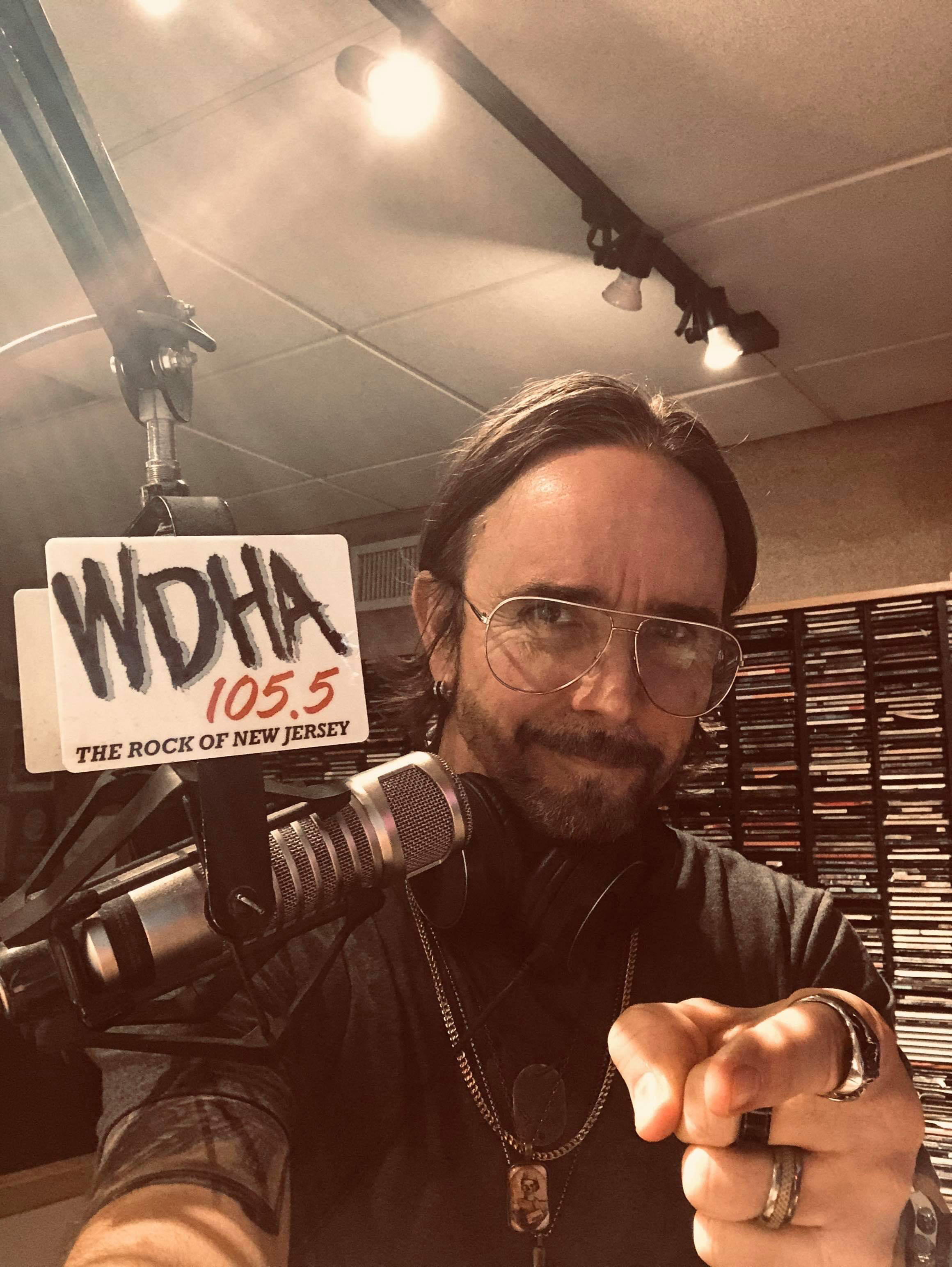 Host of 105.5 WDHA’s radio show, “Rockturnal,” Scotty B., also known as the “Southern Fried Maniac," has been in radio for about 35 years, and he knows everything there is to know about the industry. He learned about the music business through hard work and dedication. Rocking out from 7pm to midnight on weeknights, the northern Florida native knows how to have a good time on air.

Starting at the age of 15, Scotty was working in more than just radio. He started out at a roller skating rink in a small town with about 9,000 people. The DJ at the rink let him stand at the booth with him and play around one night and he eventually was able to work as a DJ at the rink and got a new pair of skates because of it.

In high school, he rode his bike with his records to the radio station in town when the full-time people were off on the weekends and would learn how to “do radio.” That is where he learned how to mix the records and how to talk on the radio from the people who worked at the station while he was there. He started buying records and took the records to an AM radio station in town where they would take his mixes and play them on air. “He told me to get a newspaper and a tape recorder, and start talking in it and he worked with me on my voice and showed me how to edit real tape,” said Scotty.

He would get out of school at 2:30 p.m., go to the station after school and do a show from 3 p.m. until 6 p.m. He saved the money he made from mowing lawns and jobs like that to buy a portable DJ system. He worked his school’s and neighboring towns’ school dances, the rink on the weekends, private parties, and made mixtapes and sold them throughout high school. When he was 16, he wanted to play at a bar in town. “I took some mascara, dyed my mustache and told them I was 18. You had to be 18 years of age in Florida to work at a bar but you couldn’t drink so I ended up working there Wednesday to Saturday nights, but I always had to dye my mustache,” said Scotty.

During the late 1980s and early 1990s, he worked at an all black radio station and he was the only white man there and they called him Red Hot Scott. He eventually worked his way into nightclubs and got on a Top 40 radio station. He worked a few nights a week there where he got promoted and made his name known throughout Tallahassee and South Georgia. He would also go out of town and DJ at those clubs as well. He also did a podcast for worldwide music on 12 internet stations around the world. Scotty also believes heavily in being versatile. “If you want to be a Rock DJ that’s fine but you may not start off in that genre. The only opportunity may be at a Top 40 station get to know all the genres of music and listen to those stations and how they do things. And most important be unique! Don’t be or sound like everyone else,” he stated.

Scotty was inspired to be a radio DJ because of the character Johnny Fever on the sitcom television show WKRP in Cincinnati when he was 19 years old.

In 2012, he started working at 95.9 the WRAT located in Point Pleasant, New Jersey and had a Saturday morning show from 6 a.m. until 11a.m. and also a Sunday show from 3 p.m. to 7 p.m. “I have an open mid with music. My favorite music is rock of course and I like techno stuff but I mainly listen to rock,” he said.

A woman at 105.5 WDHA, who was on at night, left and the man Scotty worked with in promotions contacted him that the job posting was up for the spot, suggesting he should apply. He didn’t think he would get hired, but he sent in his resume, and got hired four months later after Terrie Carr, the program director at WDHA, called him in for an in person interview and got hired on the spot. He officially started at WDHA in July of 2018.

Many people wonder how someone from Florida ended up living here in New Jersey. His wife is from New Jersey. She moved to Fort Myers, Florida when she was 12 and attended Florida State in Tallahassee after high school. They met at the school at a party he was DJing. They’ve been together ever since, 23 years to be exact. When his wife got a job offer with Forever 21 in NJ in 2005, he was all for moving up north. They were always visiting here when they lived down south and Scotty was sick of the Florida weather and was ready for a change. They eventually moved and lived in one of his wife’s grandfather’s houses on his property to save up some money to get their own place. Scotty himself worked in a retail job for some time and knew it wasn’t for him and eventually got back into radio.

When he got a job at 95.9 the WRAT, he was on call for 365 days a year and was the first person the station would call if they needed someone to fill in. He was thinking about walking away from the WRAT because he didn’t think he would get a full time position, then the offer with WDHA came up. “Around the holidays at the WRAT I worked 36 days straight, Thanksgiving past New Year’s because everybody was taking off,” said Scotty.

Scotty did not go to college and got all of his experience from his work during high school. For three months he went to school for broadcasting because he was only night club DJing at the time back in Florida and wanted to get back into radio. Because the equipment they had been using at the time was changing, he thought it would be a good idea to gain some knowledge and skills before getting back out there. He had a speech diction teacher to help with his southern accent and learned how to talk and make himself sound not so “redneck”, and of course some of his other voices. He also went to a welding school because he didn’t think he would ever make it through radio in Florida.

His wife always says, “You’ll always be my DJ,” and she always talks him back down to earth to keep him in check.

When Scotty got his own show at WDHA, it came as a surprise for him. When he was at the WRAT, he didn’t think he was going any further because there are too many people working in this industry and he said that stations only hire from within. Now that he is at WDHA, he has a lot of freedom with his show, “Rockturnal”. He sells out the request hour constantly so he can get his 80s at 8 show prepared and doesn’t answer messages and phones while creating his music rotation. His rotation of music is always different and never overplays music because of the amount of freedom Terrie Carr gives him. His Fifth Gear, Southern Fridays, 80s at 8, and request hour segments are always a party. He is one of the very few people who Terrie Carr let’s have as much freedom as he does with his show and is not micromanaged at all.

To go into any field involving radio or television, it takes drive and determination. If someone does not have the right mindset to dedicate their time to putting in the extra time and effort, it is very hard to make it in this industry. Scotty’s advice is, “Don’t expect that you are going to rise to the top immediately. I’ve been in the business for 30something years and it’s taken me that long to get me here, but became I would go chasing my tail to do other things, so if you really want to do it, you need to stay focused, any opportunity you get to put your foot in the door you need to take it.” Scotty thinks it is very beneficial for students at the high school level to get internships, ask questions, learn everything they can, and get jobs at local stations while in school. “Practice makes perfect. I still practice so you want to constantly practice and do the best you can and be the best you can, confidently.” he says. Being in the busisnnes for so long, he still does mouth exercises, reads road signs as if it were a commercial on his way to work all of the time. “Every opportunity you get, take it because if you let one pass you by, God only knows when it’ll come back around in this business.”