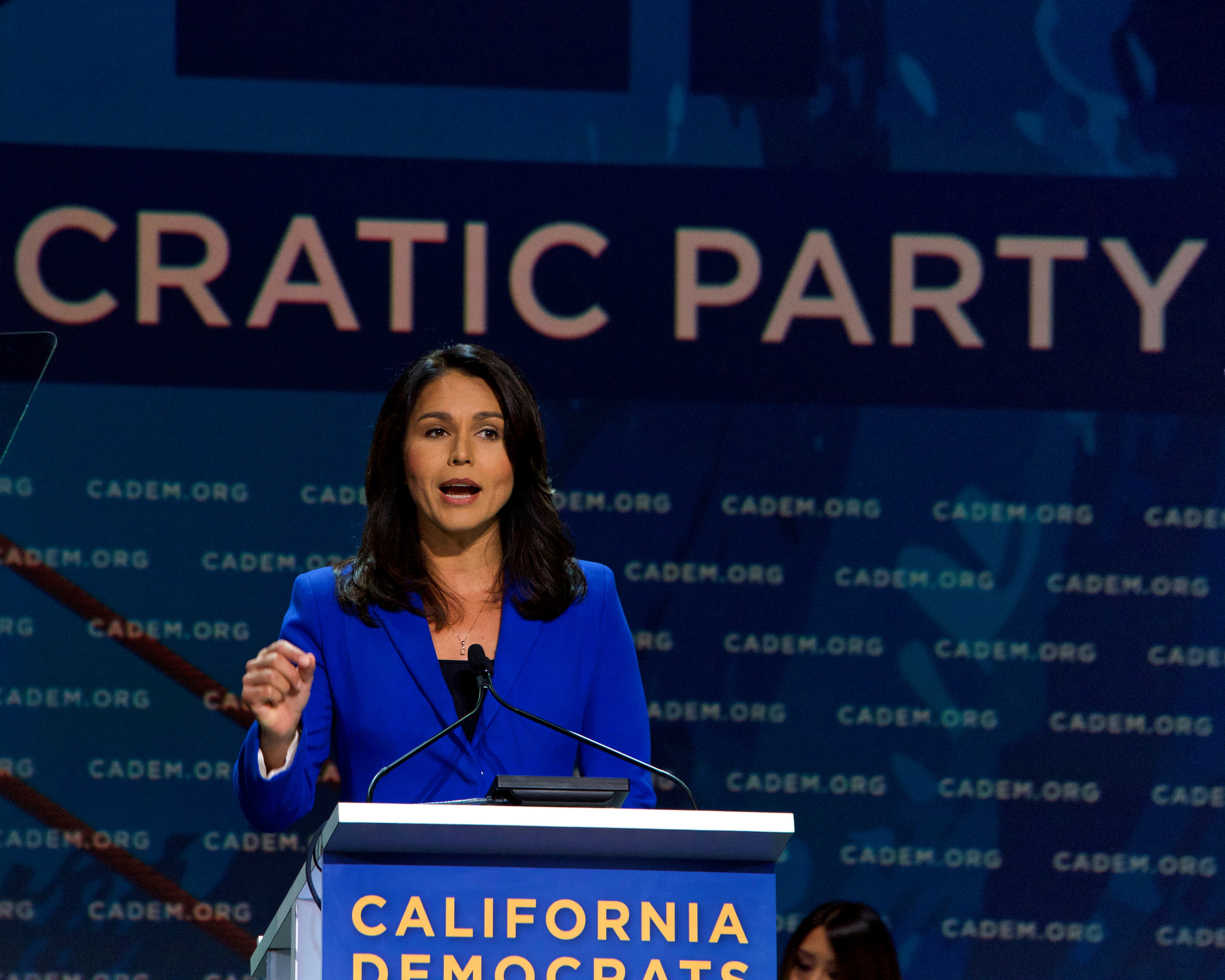 Submitted by Ally Garcia on 10 February 2020

On January 22, 2019, presidential candidate and United States Representative Tulsi Gabbard of Hawaii filed a lawsuit against Hillary Clinton for $50 million in damages. Democrat Gabbard filed a lawsuit for defamation against Clinton due to slanderous remarks Clinton had made about Gabbard being a “Russian asset.” The Representative stated that the former First Lady had “carelessly and recklessly impugned” her reputation when she insinuated in an October 2019 interview that Gabbard was a “favorite of the Russians.” Yet, the presidential candidate was adamant that the accusations were false, and that Clinton should have been aware of that at the time.

However, Clinton and Gabbard have had a rocky relationship since October of last year. Representative Gabbard released a series of statements on Twitter about Clinton in 2019 saying, “Great! Thank you @HillaryClinton. You, the queen of warmongers, embodiment of corruption, and personification of the rot that has sickened the Democratic party for so long…” She added, “From the day I announced my candidacy, there has been a concerted campaign to destroy my reputation.” Hillary Clinton also stated in her October 2019 interview that the presidential candidate was being “groomed” by the Republicans for a third-party run. Therefore, the two congresswomen have shown the public that they have had a hostile and aggressive relationship over the years.

Though, the two congresswomen’s associates have also responded to the report of the lawsuit. When asked about Clinton’s insinuation regarding Gabbard being a “Russian asset,” Clinton’s spokesperson replied, “If the nesting doll fits;” a reference to Russian nesting dolls.

The law firm that is representing Gabbard stated that it hopes to hold Hillary Clinton responsible for “distorting the truth in the middle of a critical Presidential election.” A partner at the law firm, Brian Dunne, said that “although Rep. Gabbard’s presidential campaign continues to gain momentum, she has seen her political and personal reputation smeared and her candidacy intentionally damaged by Clinton’s malicious and demonstrably false remarks.” Dunne continued to say that Clinton had displayed a “personal hostility” toward the Representative last year.

Despite the controversy and the public’s reaction, Gabbard continued to say on Twitter that Hillary Clinton was destroying her reputation through “powerful allies in the corporate media and war machine, afraid of the threat I pose.” She also said “It’s now clear that this primary is between you and me. Don’t cowardly hide behind your proxies. Join the race directly.” As a result, tensions have only grown worse between the two Democrats.

The final lawsuit states that Tulsi Gabbard endured an economic loss to be proven at trial and that Clinton had felt insulted that Gabbard endorsed Senator Bernie Sanders over her for the presidential race in 2016. In spite of the heat of the lawsuit, Gabbard is continuing to carry out her campaign for the presidency and hopes to advance in the 2020 presidential debates. Lastly, the public is waiting for the trial to take place at the U.S. District Court for the Southern District of New York.