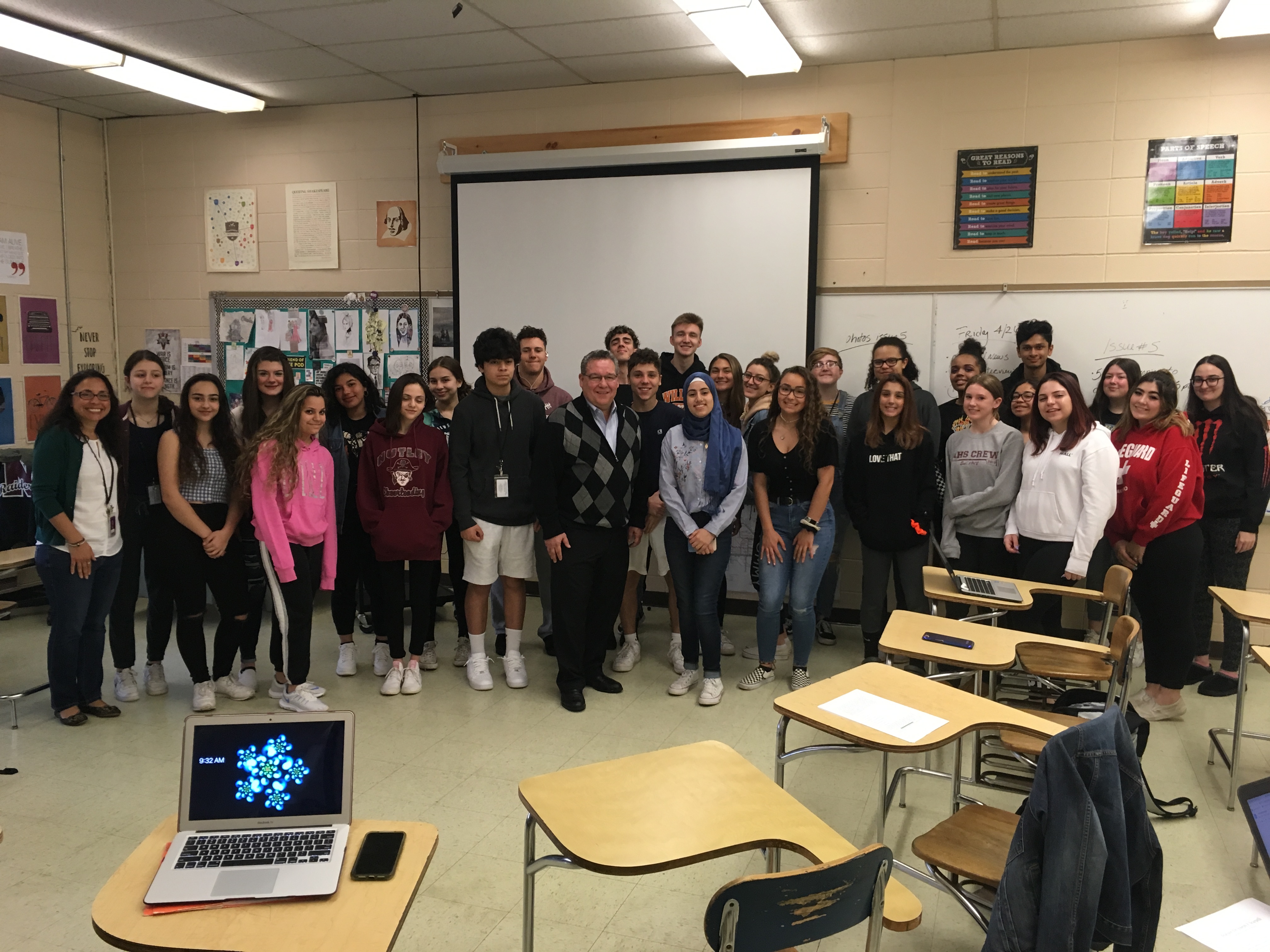 Mayor Scarpelli Visits the Maroon and Gray at NHS 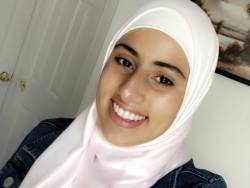 The town of Nutley has many influential people who keep it in order; one of those people is Dr. Joseph P. Scarpelli, who currently serves as the Township's mayor.  Dr. Scarpelli is also serving his third term on the Nutley Board of Commissioners as one of the five commissioners in town. As a commissioner, each has a specific department to run. Mayor Scarpelli is the director of Public Works.

Mayor Scarpelli was born and raised in Nutley and attended the Nutley Public Schools. He graduated from NHS as Vice President of his class and a three-sport varsity letterman. In 1976, Dr. Scarpelli was named among the Who’s Who Among American High School students.

Scarpelli was elected in Mayor in May 2016. "Even though I'm the mayor, each commissioner is still responsible for their own department," Scarpelli said.

When asked about a his typical day, Scarpelli described an upcoming Friday which would begin at 7 a.m. with a staff meeting with all the supervisors of the DPW. Then, a second meeting with attorneys was scheduled.  After that, Dr. Scarpelli starts his chiropractic office hours at 10 a.m. and works until 1 p.m. Once it hits 1 p.m., he drives around town, viewing any projects that are currently happening at the time such as painting. He then stops at Town Hall to see what is going on that day. From 3 p.m. until 7 p.m., Dr. Scarpelli returns to chiropractic office, ending the day there. When managing both jobs, it can be difficult at times and challenging. Scarpelli tries to keep set times for each job, but often times, they overlap.

When Dr. Scarpelli was young, he didn't see himself becoming mayor, but his family was always involved in community service. He learned at a young age that he should try to always give back to the community in any way possible. His father, Peter Scarpelli, was widely well known and respected as a community activist. He served 24 years on the Nutley Board of Commissioners and was a former Mayor of Nutley.

“Growing up I never really thought about being mayor, but I did think about giving back to the community,” says Dr. Scarpelli. He also mentions the work difference between being a commissioner and mayor. “It takes time being a  commissioner in town, but it takes a little bit more time being the mayor.”

One of the most difficult tasks when being a mayor is maintaining Nutley the way it was years ago and keeping it as a, “family friendly community,” Dr. Scarpelli says. He is proud of traditions such as the fireworks at the Oval and tree lighting ceremony. He hopes they carry on for years to come.

Dr. Scarpelli has great plans in store for the town of Nutley and the people of it. There are many new buildings and projects in progress to increase Nutley's economy. One of the most significant plans for Nutley is to repurpose the Hoffman La Roche campus. “Our immediate goal is to repurpose the Hoffmann-La Roche campus. We have a good start with the Hackensack Meridian Seton Hall medical school,” said Dr. Scarpelli.

Ralph Lauren will also move into one of the large buildings on the site by the end of this year. “The long-term goal is to repurpose that site," he said. "It's the economic driver for the future of Nutley and it produces jobs. We'll have 8,000 to 10,000 people going in and out of the campus on a daily basis.”

When Dr. Scarpelli was in high school, he had many influential people through his four years, one being his football coach and JV baseball coach, Mr. Affinito. “What I remember about Mr. Affinito was that he was very respectful to the students and he always called you by your first name still does today,” said Dr. Scarpelli.

For those interested in pursuing a career involved with public service, Mayor Scarpelli advises students to start small such as in high school clubs. He says that there are plenty of opportunities to get into community service and helping the town. Dr. Scarpelli was in student council and also was a class officer. He then volunteered as a coach during high school and college. 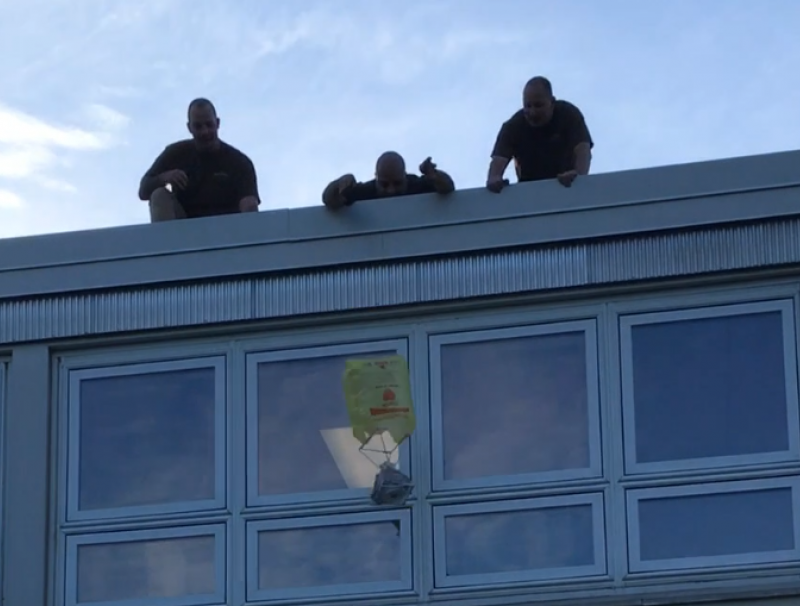 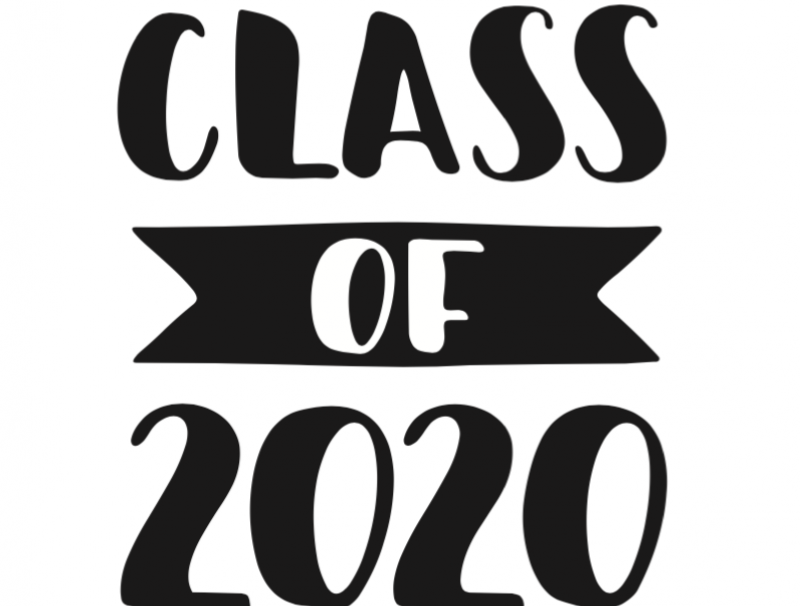 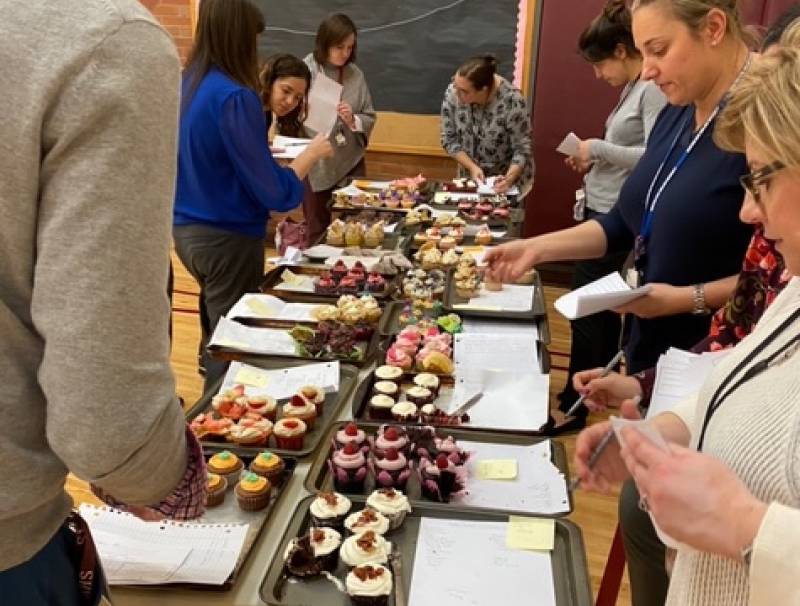 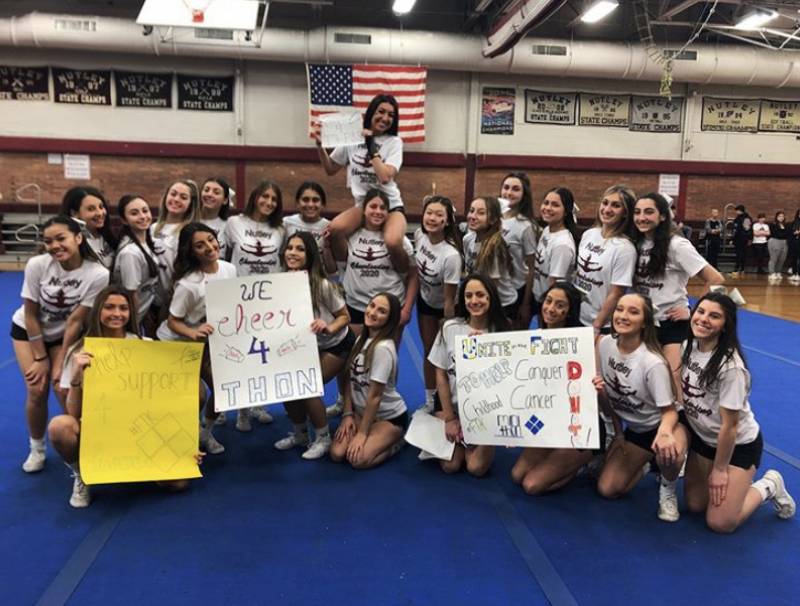