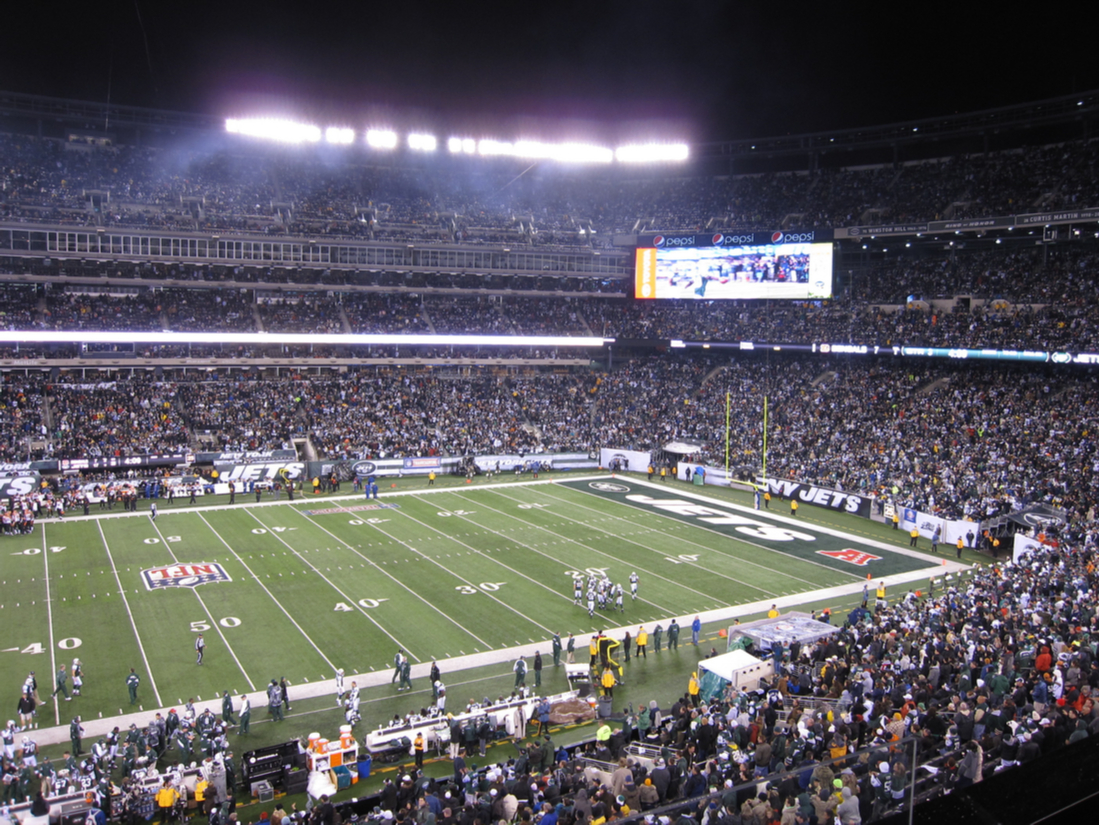 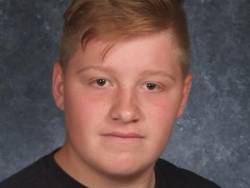 Before the 2017 football season started, the New York Jets were predicted to be 0-16 by ESPN reporters.They drafted rookie safeties in the first and second round of the 2017 draft: Jamal Adams out of LSU and Marcus Maye out of Florida. They signed cornerback Morris Claiborne to a one-year deal. They also signed quarterback Josh McCown to a one-year deal. They traded Sheldon Richardson and a 7th round pick to Seattle for Jermaine Kearse a 2nd round pick and a 7th round pick. They also signed former Jets receiver Jeremy Kerley back on a one-year deal. Despite the predictions, the Jets kept on fighting and competing and didn’t listen to the rumors.

The young Jets team traveled to Buffalo to take on the Bills in the opening week of the NFL. It was the rookie safeties first NFL games. Jamal Adams and Marcus Maye played a hard-fought game. Demario Davis led the team with 14 tackles. Justin Burris had an interception in the red zone that stopped the Bills from scoring, but the Jets lost the game, 21-12.

During week two of the NFL season, the Jets travel to Oakland to take on the Raiders. The Raiders are a playoff-caliber team. The Jets played hard, it seemed they still weren't used to playing with each other. Jermaine Kearse scored his first touchdown as a Jet and had 64 yards and two touchdowns. Josh McCown had 166 passing yards and two touchdowns, but the lost their second game in a row, 45-20.

The Jets then came home to MetLife Stadium to face the Miami Dolphins, in week three. It was opening day for the Jets, playing at home for the first time this year. The Jets came out unstoppable. Their defense flew all over the field. Robby Anderson had a great game with 95 yards and one touchdown. Josh McCown threw for 249 yards and 1 touchdown. The Jets came out with a victory 20-6 over the Dolphins, bringing their record to1-2.

The Jacksonville Jaguars came into MetLife Stadium the following week to take on a pumped up Jets team, coming off their first win of the season. The Jets rushing game was great. Running back Bilia Powell rushed for 163 yards and one touchdown and Elijah McGuire rushed for 93 yards and one touchdown. In total they had 256 yards.  It was a battle to the end and the game went into overtime.The Jets kicked a game-winning 39 yard field goal to beat the Jaguars 23-20. The Jets record was 2-2, a 500 record.

The New York Jets then traveled to Cleveland to take on the Browns. The Browns were hungry for a win so they came out strong. The Jets turned it on in the second half and scored two consecutive touchdowns. The Jets won 17-14. Rookie safety Marcus Maye had his first career interception. Morris Claiborne also had his first as a Jet. Jermaine Kearse and Austin Seferian Jenkins each had a touchdown. Their record moved to 3-2.

The great New England Patriots came into MetLife Stadium in week six. The Jets took an early 14-0 lead over the defending Super Bowl champions. The Jets were down 24 to17, when Austin Seferian Jenkins caught the ball and was tackled into the end zone. The play was called a touchdown on the field, but they said the ball was moving in his arms and he lost control of the ball and it was ruled a touchback. The MetLife crowd went crazy as they called the touchdown back. The Jets lost to the Patriots 24-17.  Josh McCown had a great game as he threw for 354 yards and two touchdowns. Jeremy Kerley had 61 yards and a touchdown. Buster Skrine had a great game from the defensive side, with a fumble recovery and an interception. The Jets moved to 3-3.

Their next game was in Miami. The Jets offense was unstoppable in the first half. Jermaine Kearse and Robby Anderson both caught a touchdown pass. Jamal Adams had a deflected pass that lead to a Muhammad Wilkerson interception. Marcus Maye also had a interception.  The Jets lost the lead, in the fourth quarter, losing the game 31-28. Their record went to 3-4.

The Atlanta Falcons then came to MetLife Stadium in the rain and cold of week eight. The Jets played well and had two fumble recoveries in the first half. After halftime, Robby Anderson had a touchdown catch. Anderson had over 100 yards. Josh McCown had a good game with 257 yards and two touchdowns. But the Jets once again had a lead in the fourth quarter and ended up losing 25-20. Their record moved to 3-5.

The Jets played in prime time game, the following Thursday night. They came out and played hard. During the commercial break, while the Jets defense was on the field, and the Bills team was in the huddle, the Jets defense started dancing to the music and the crowd went nuts. Matt Forte had 77 yards and two touchdowns. Robby Anderson had 48 yards and a touchdown. The Jets defense lit it up, causing three fumbles lead by Marcus Maye, Jamal Adams and Jordan Jenkins. Demario Davis scooped up the one fumble and took it to the Buffalo 2 yard line. They won their fourth game of the year with a 34-21 victory over the Buffalo Bills. The New York Jets sat at 4-5.

They then traveled to Tampa Bay where they lost by the final score of 15 to 10. They went into their bye week with a record of 4-6. Robby Anderson was really only the bright spot with 85 yards and a touchdown. This loss really hurt them in the long run. If they one this game going into their bye week the season could have been changed.

The Carolina Panthers came to MetLife Stadium after the bye week. The Jets were looking for a big win the keep the playoff hopes alive. In the fourth quarter, a Josh McCown fumble lead to a touchdown. Right after that the Panthers returned a punt back for a touchdown. Josh McCown had 307 yards and three touchdowns. Robby Anderson had 146 yards and two touchdowns and Jermaine Kearse had 105 yards and one touchdown. Combined, they both had 256 yards. Demario Davis lead the team in tackles, with 11, followed by Marcus Maye who had eight tackles. The Jets had a lead in the fourth quarter and they once again lost it. The final score was  35-27 and their record moved to 4-7.

The Jets then took on the Chiefs. The Chiefs jumped out to an early 14-0 lead, but the Jets battled back into the game. Jermaine Kearse lead with 157 yards and Robby Anderson  had 107 yards. The game came down to the final minute as the Chiefs were looking to convert a big third down. But Alex Smith tried to go to Davis Kelce and the pass was broken up by Jamal Adams. The Jets held them on fourth down and the crowd cheered as the Jets get their 5th win on the year. The Jets came to play this game as they won 38 to 31. Their record moved to 5-7.

The Jets traveled to Denver to take on the Broncos in an effort to make the playoffs. The Jets offense got shut down by the Bronco defense. The bright spot was Demario Davis with 13 tackles. Jamal Adams had 8 tackles. The Jets starting quarterback Josh McCown broke his hand in the third quarter of the game and would be out for the rest of the season. That really set the Jets back. They lost 23-0 and their record moved to 5-8. The next game would determine if the Jets made the playoffs.

The Jets traveled to New Orleans to play the Saints. The Jets' Leonard Williams got his first interception of his career. Jamal Adams and Buster Skrine had two fumbles, during the game. The Jets Bilal Powell scored his fourth touchdown of the year. But the Jets lost 31 to 19 and their record went to 5-9. They got knocked out of playoff contention.

The Chargers came to MetLife Stadium on Christmas Eve to play the Jets. Bilia Powell had himself a day, with 145 rushing yards and 1 touchdown. Robby Anderson had 5 receptions for 51 yards. On the defensive side rookie Jamal Adams lead the team with 8 tackles. Also Demario Davis and Marcus Maye were right behind him with 6 tackles. The Jets lost 14-7 and their record moved to 5-10.

The Jets then played their final game in 2017. They traveled to New England to take on Tom Brady and the Patriots. It wasn't a very good game for the Jets from the start they were without many players. Bryce Petty passed for 232 yards. Jermaine Kearse had 5 receptions for 59 yards. Also rookie Ardarius Stewart had  reception for 46 yards. Chandler Catanzaro had all 6 of the Jets points. He hit two field goals. Demario Davis lead the team in tackles with 11. They lost 26 to 6 and ended the season with a record of 5-11.

It was a good season for the New York Jets. They were predicted to be 0-16 in the beginning and came out to be 5-11. The Jets fought hard from the beginning to the end of the season. They never gave up on each other. They will have the 6th pick in the 2018 NFL draft. They look to get better for next year. But it is a team that has a lot of potential for 2018 season. Look forward for the Jets to have a great season next year.