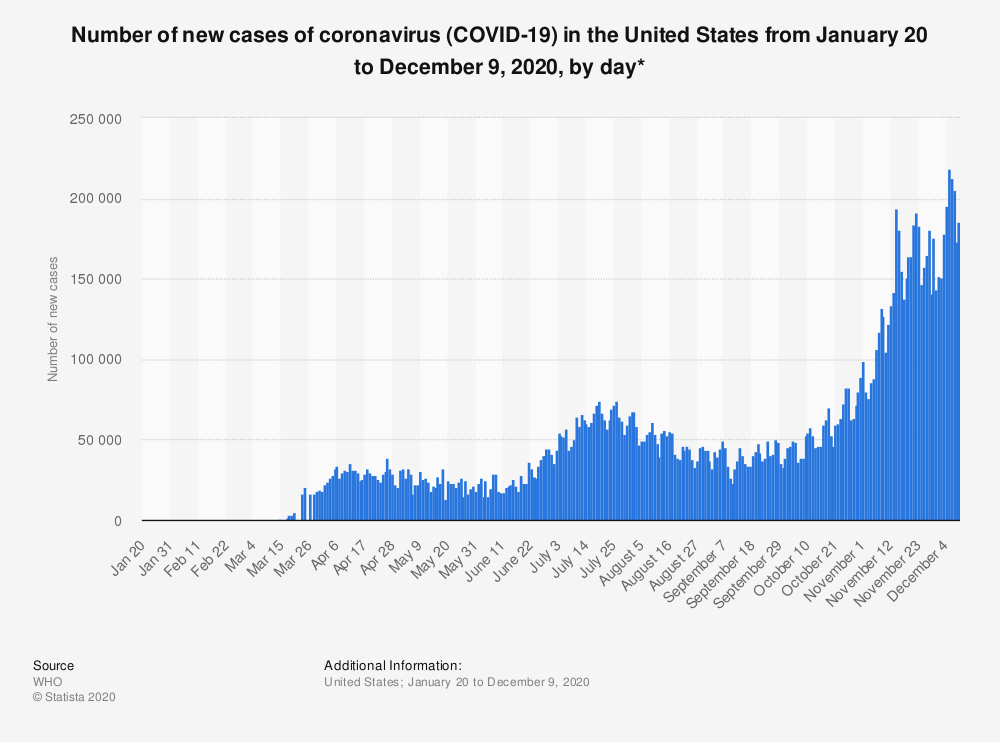 The Surge of Coronavirus Cases 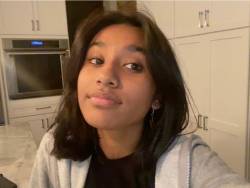 Submitted by Aneesa Yassin on 17 December 2020

It is believed that the first Covid-19 case originated in Wuhan City, Hubei Province, China on December 2019. In February of 2020, the first death of Coronavirus brought the pandemic to the United States. In March, the United States began quarantining, stopping students from going to school, and limiting places allowed to remain open. At first, many thought that this was just a precaution being taken, however no one knew it would last more than nine months. As of today, some schools are doing virtual learning while others are being allowed into school with masks and social distancing.

On September 7th, the United States began to brace for a second wave of coronavirus cases. According to ABC News, “doctors now have more success treating patients with the novel coronavirus.” Up until mid October, ABC News  released that there might be a new vaccine coming in the spring of 2021.

Even though most have been quarantining, the number of cases in the United States have spiked. Today, there have been more than 285 thousand deaths due to this pandemic. Considering this, intensive care units are at its utmost capacity. On November 14th, Washington state reported two thousand cases. An ABC News article had announced “Hospitalization rates have risen about 40%, state health officer Dr. Kathy Lofy said.” After what had happened in Washington state on November 14th, Washington State Governor had announced that “indoor social gatherings with people from outside the household are prohibited unless the guests have quarantined for 14 days or they have quarantined for seven days and received a negative test result 48 hours before the event.”

In recent events of Thanksgiving, many citizens were worried as they had to cancel their Thanksgiving plans in order to secure their safety. Before Thanksgiving, different parts of the country had spikes of cases. Health experts even announced that it would be best if most people could stay home during Thanksgiving. However, many didn't listen and still traveled.

According to The New York Times article, “researchers say the United States is fast approaching what could be a significant tipping point.” When citizens in America began returning from Thanksgiving, there had been new restrictions and strict rules that they had to follow to ensure safety. As of December 8, East Texas hospitals have seen numerous coronavirus cases due to the aftermath of Thanksgiving. UT Health official Tom Cummins said “Stay home. Don't go out shopping in big crowds- as much as I hate that for retailers."

Precautions are still being taken on big holidays and in general. Health experts still believe that it is best to stay indoors as much as possible and to only go out when necessary. As for schools and sports, some sports have been delayed or canceled. While schools had plans to go back and still haven't returned.