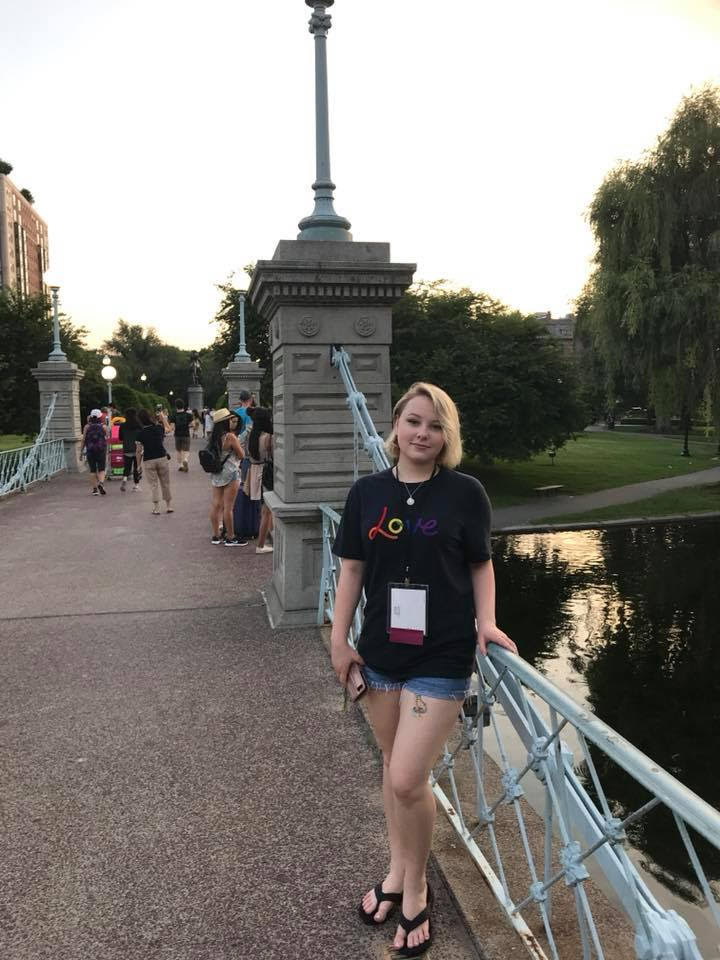 A Future in Technology for Grace Pula

Submitted by Gabrielle Mackiewicz on 7 November 2018

Technology is everywhere in modern society, and with an influx of innovations comes the need for professionals in the field. The Congress of Future Science and Technology Leaders, sponsored by the National Academy of Future Scientists and Technologists, gives high school students an opportunity to learn more about different science, technology, engineering, arts, and math (STEAM) fields. Grace Pula, a senior at Nutley High School, represented the school at this conference at the University of Massachusetts in Lowell, on June 29 through July 1. She was given the Award of Excellence for her participation at the event.

This summer was Grace’s second year at the Congress, where she was able to indulge in her love for technology alongside her peers with the same interests. The event consisted largely of a series of presentations from many different speakers in the STEAM field, from Nobel Laureates to fellow students with great accomplishments. One of her favorites included a producer from the Hellboy and Harry Potter movies. “It’s like a giant TED Talk,” Grace says. “They really invigorate the students.”

The opportunity to hear from and meet professionals who work with technology, as well as peers with the same interests in tech, was especially important to Grace. With her current involvement with NHS TV as a student in the Radio/TV Broadcasting Technology III class, Grace looks to continue with similar work in communications and media as it relates to technology outside of high school. The Congress was a way to dive deeper into this passion and strengthen her interest in a career in tech. “It restated the fact,” Grace says.

The program was very focused on having students meet new people, even going so far as  making them sit separate from their parents so that they can interact with their peers. “We were forced to meet up with people,” Grace commented. “It was really cool because you get to meet people with the same interests as you.” By being surrounded by other high schoolers with the same interests, she says, “It coaxed us out of our shells.”

This definitely paid off, as the new friendships formed were one of Grace’s biggest takeaways from the experience. The Award of Excellence brings Grace memories of the friends she made and the good times she had at the event, “I can always look back at all the people I’ve met there,” she says. She left with a group of people that she could connect to.

For Grace, the Congress was an opportunity to learn more about the world of technology from professionals and her peers. She learned the importance of persistence, and to keep going until you succeed, an idea she will carry with her for the rest of her life. As Grace puts it: “Don’t be afraid to fail.”