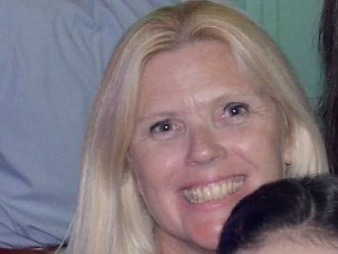 Life of a New Teacher at Nutley High

Submitted by Ally Garcia on 16 December 2019

Mrs. Granelli is a new Geophysical and Environmental science teacher at Nutley High School and has just recently joined the NHS community. While Mrs. Granelli will only be here for the rest of the year, she has come to work as an in-class support teacher in the science department. She stated that she has always had a love for teaching and working with students. Mrs. Granelli spoke about her experience at Nutley High so far, her teaching history before she came to NHS, and what she hopes to accomplish for the rest of the year.

Mrs. Granelli shared that she has had 15 years of experience in education and has taught in Jersey City and Wayne. She also shared that, as of last year, she went back to school to become a certified in-class support teacher. She continued to say that she had always hoped to get a teaching position in the same town that she lived in. “I really wanted to try to work in the same town that I lived in because I love Nutley and I think it’s a great town,” said Mrs. Granelli. Therefore, after working to get her certification, Mrs. Granelli came to Nutley High School to teach in the science department.

Since teaching her Geophysical and Environmental science classes, Mrs. Granelli stated that her favorite part about teaching would be working with students. Ms. Granelli said, “I like working with students and what we can best do to help them learn.” Though, when asked about the most challenging parts about teaching, she said that making sure she could meet her students’ needs would be most challenging.

She feels like she’s been adapting quite well now to life at NHS, albeit adapting to the block schedule was a bit difficult. “The transition was interesting; it was something new to get used to,” remarked Mrs. Granelli. However, she mentioned that a program designated for new teachers, New Teacher Round Table Discussion, was helpful.

In the classroom, Mrs. Granelli stated that she enjoys doing hands-on activities with her students and likes to have them in small groups. She added by saying that she’s learned a few things while working alongside with Ms. Gumbs, the teacher for geophysical science. Mrs. Granelli said that she has learned more about rocks, fossils, density, and mass. Mrs. Granelli also mentioned that she was very happy to work at the same place her children went to school.  She said, “My kids have done so well here, so I wanted to be here too.”

As for her goals for the rest of the year, Mrs. Granelli hopes to continue the hands-on activities and small groups for her classes. She expressed that she’d also like to get more involved in the science department at Nutley High School. When asked if given the opportunity to teach permanently, she responded, “I would love to take it.” After the year is over, Mrs. Granelli plans to continue teaching and enhance her knowledge in education.