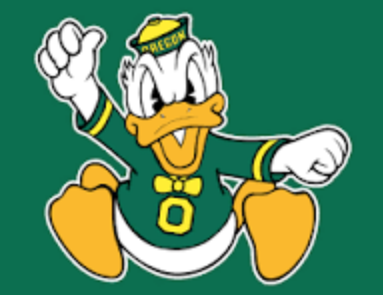 Just the Beginning for Sabrina Ionescu

Submitted by Abigail Scheidel on 26 March 2020

On Monday, February 24, 2020, Sabrina Ionescu made history in both men and women’s college basketball. She became the first NCAA player of all time to reach 1,000 rebounds, 1,000 assists, and 2,000 points. Sabrina, a senior guard, plays for the Oregon Ducks and is projected to be the number one pick in the April WNBA draft.

Led by Sabrina, the Ducks are at the top of the PAC-12 conference with a 31-2 overall record, with losses to Louisville and Arizona State. The PAC 12 Tournament began March 1 with a win against Washington and finished March 8 with a landslide against Stanford.

The morning of her accomplishment, Sabrina was in Los Angeles’s Staples Center, remembering her late friend and mentor, Kobe Bryant. Sabrina also helped Bryant coach his daughter, Gianna, who also passed in the tragic helicopter crash. Several people went center stage to give speeches including his wife, Vanessa Bryant, Michael Jordan, Shaquille O’Neal, and Sabrina. In her speech she expressed, “he didn’t show up in my life and leave - he stayed.” Sabrina has “Mamba Mentality,” “Forever 24,” and “24” written on her sneakers.

After the memorial, she flew back to the Bay Area, arriving 90 minutes before tip-off and led her team to another victory at Stanford where she also got her 1,000 rebound on a defensive board. Sabrina told ESPN, “that one was for him. To do it on 2/24/20 was huge.” The date signifies Gianna’s, Bryant’s, as well as Sabrina’s jersey numbers. Sabrina was also battling the flu. Her mental strength proved stronger than everything else and she came out with an all around victory that night despite all the adversity thrown her way.

Sabrina eclipsed her 26th triple double of her career on the day of her achievement. She had 21 points, 12 assists, and 12 rebounds. The Oregon coach, Kelly Graves spoke highly of Sabrina after Monday’s game. “I don’t know many people who could have done what she did today. I’m glad that it ended in a victory, but I knew that she was going to get that. It’s so fitting that she did it tonight,” Graves told ESPN.

Stephan Curry, Golden State Warriors player, attended the game as well with his two daughters. Curry was also in attendance at the Staples Center that morning. He told ESPN, “she’s out here representing them (Gigi and Kobe) playing her heart out. That is sustained greatness. She’s blazing a trail no one has stepped in.”

Sabrina has become an inspiration for everyone and it is the only beginning for her. She plans to keep breaking records and continue her basketball journey in the WNBA.