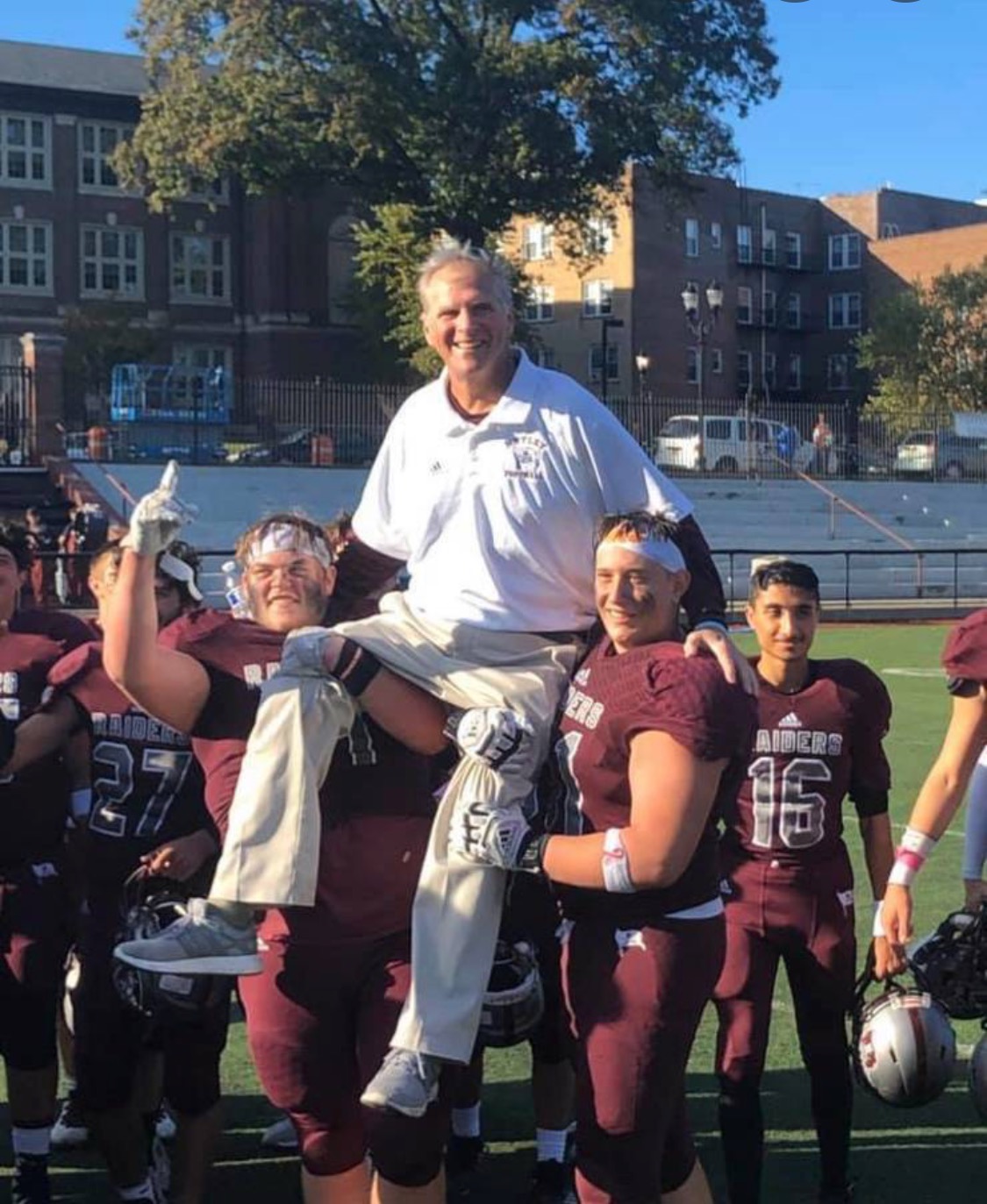 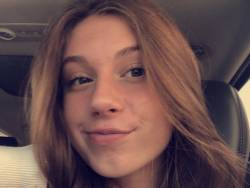 Submitted by Alyssa Ostrowski on 30 October 2020

The kick-off to a new year school usually means a kickoff to another football season. The COVID-19 pandemic has caused not only the school year itself to look different, but also for the 2020 football season. Steven DiGregorio, head football coach of the Nutley Raiders at NHS, has had to work with these changes making sure his team is staying within the COVID precautions while also continuing to have a successful season.

New Jersey high schools that have opted to continue with fall sports this season have to follow certain precautions to try and prevent the spread of COVID. For the NHS football team, coaches and staff make sure that all players are filling out their COVID forms before games and practices, checking temperatures, sanitizing equipment, and wearing masks when necessary. NHS has also blocked access to the locker rooms and weight rooms for this season to control spreading.

Recognizing the importance of these precautions, Mr. DiGregorio explains, “ the other part is knowing that your game might get postponed or canceled up until the last second, which happened with our West Essex game and we couldn’t play that week. We have to adjust ourselves to those possibilities.”

While the following COVID-19 precautions are making the football season change, the thought of games that the players and coaches worked hard for has a possibility of getting cancel last minute is a struggle. DiGregorio explains,  “When you have a game scheduled you want to play, and for that weekend we weren’t able to do it. It's something you can’t control so you just have to move on.”

Having a successful football season as a team, this year specifically, doesn’t just mean taking the precautions at practice and games. The NHS athletics department and coaches make it clear to their athletes the only way that the season can continue through this pandemic is if the Nutley community is aware and cautious. “We warn them basically that their actions beyond practice with their friend or whom they associate with, have to be careful,” says Mr. DiGregorio. “You don’t know who you are dealing with and who may be symptomatic or anything like that. We got to make sure our kids are taking the precaution they can to stay healthy.” Proven by the neighboring towns around Nutley, many schools are having to cancel games, fall sports, and even school as a whole because of cases in their towns occurring. It is important to be cautious not only for the continuation of sports but the overall health of the Nutley community.

To get through any season successfully, a team needs a strong and committed coach to be their guide, especially through a season during a pandemic. Proven by his commitment and involvement as a coach, Mr. Steven DiGregorio was awarded this year as the Lou Rettino High School Coach award of the week for week four of the 2020 football season by the New York Giants during his 12th season as the head coach of the Nutley Raiders. Honored by this award, Mr. DiGregorio accepts it by dedicating it to his team. “And really it's, I tell the team all the time, I’m the guy you can do without,” Mr. DiGregorio says. “It's a testament to our players and their work ethic and their commitment to being good, along with my staff. The honor is very nice and humbling, but it's a testament to my players and my staff not to me.”

Through not only his award but through his actions as a football coach was his dedication and love for the Nutley football program shown. Last year, Mr. DiGregorio was diagnosed with cancer causing his involvement in the 2019 season to change, but it never disappeared. “Last year, last season I was at every game,” says Mr. DiGregorio.“ I talked to my coaches every day after practice so I kept my hands willing to the program as much as I could as I was going through chemotherapy. My staff did a great job of keeping things together as I wasn’t at practices.”

Coming back this year, Mr. DiGregorio was eager to get back to work on the field, even though this year was different he knew it wasn’t going to bring down his excitement for the season.  “This year I feel really good and it's been great to be back on the football field with the guys and my staff,” says Mr. DiGregorio. “It's unfortunate that it's during a pandemic, but again that's not something you cannot control so you don’t really dwell on it. It's  great to be back and I am just deeply appreciative of our players, our staff, and the Nutley community through all their support that they gave me from the time I was diagnosed up until now.”

Through the many football seasons, especially this one, the Nutley Raiders have come together to work for their success as a team of coaches and players. Mr. DiGregorio explains that in order to have that successful team you need, “Players who will share your vision of hard work, togetherness, and commitment. We all win together and we all lose together and this year we're off to a really great start and I hope to keep it going.” Through this uncontrollable pandemic, the Nutley Raiders are controlling what they can as a team to continue their already successful season so far.