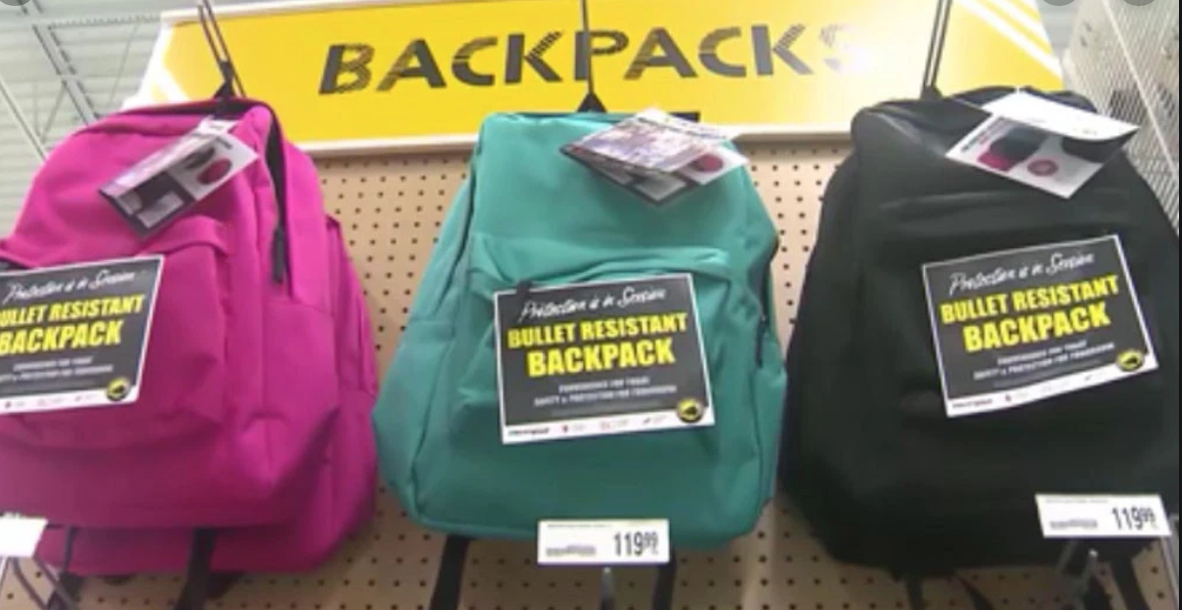 Back to School Shopping Takes a Mortifying Turn

From January to August of 2019, there have been approximately 251 shootings in the United States, making it the country with the most shootings in the world. People all over are astonished and confused as to why this keeps happening and what the cause of it is. Some people blame it on video games, others mental health issues, and recently some have linked these shootings with white supremacy.

Now that the school year is beginning, parents have become more and more worried about sending their children to school, a place that should be safe and secure. Some are afraid to let their kids walk down the street because anything can happen in an instant. The world is becoming a very dangerous place, so how can parents protect their children if they can’t be around all of the time?

This is where companies like Leatherback Gear, TuffyPackas, and Guard Dog Security come in. They are now making everyday objects bulletproof. Abha Bhattarai of The Washington Post wrote, “This is America in 2019, where mass shootings have become so commonplace that consumers are buying bulletproof backpacks, clipboards, even three-ring binder inserts, that they hope will protect them from gunfire.”

The most popular product that seems to be being purchased are bulletproof backpacks and backpack inserts. These are being bought by parents of young children to give them peace of mind when sending their children to school every morning. There’s one thing parents are forgetting, these products are not able to withstand all types of guns,  only a handful. Guard Dog Secuity’s products are advertised as meeting “Ballistic Level IIIA” standards, meaning they can withstand bullets from handguns and revolvers, not against military-style variations such as the ones used in the El Paso and Dayton shootings. According to The Washington Post, these products are often tested independently by the companies selling them and are not vetted by the National Institute of Justice, an arm of the Justice Department that certifies body armor for law enforcement officers. There is also no evidence that these products work, therefore giving parents a false sense of security.

Companies use marketing tactics to make the public fearful and obligated to buy their products because it’s a ‘necessity.’ “It’s just like having a fire extinguisher or using a seat belt. These are personal devices for life-threatening situations. It’s as simple as that,” said said Brad de Geus, founder of Leatherback Gear. People have argued that if lawmakers moved quicker when it came to gun reform, this could all be avoided.

Matthew J. Mayer, a professor at Rutgers University told The Washington Post, “Mass shootings are fluid, rapidly developing, unpredictable events.” There’s a slim chance that a child would have the backpack readily available to use in the time of crisis and to assume the shooter’s position and the bullets’ potential trajectory to position backpack. He says it’s “something so beyond reality that it’s just not logical.” For the hundreds of dollars that these backpacks go for, are they really worth it?