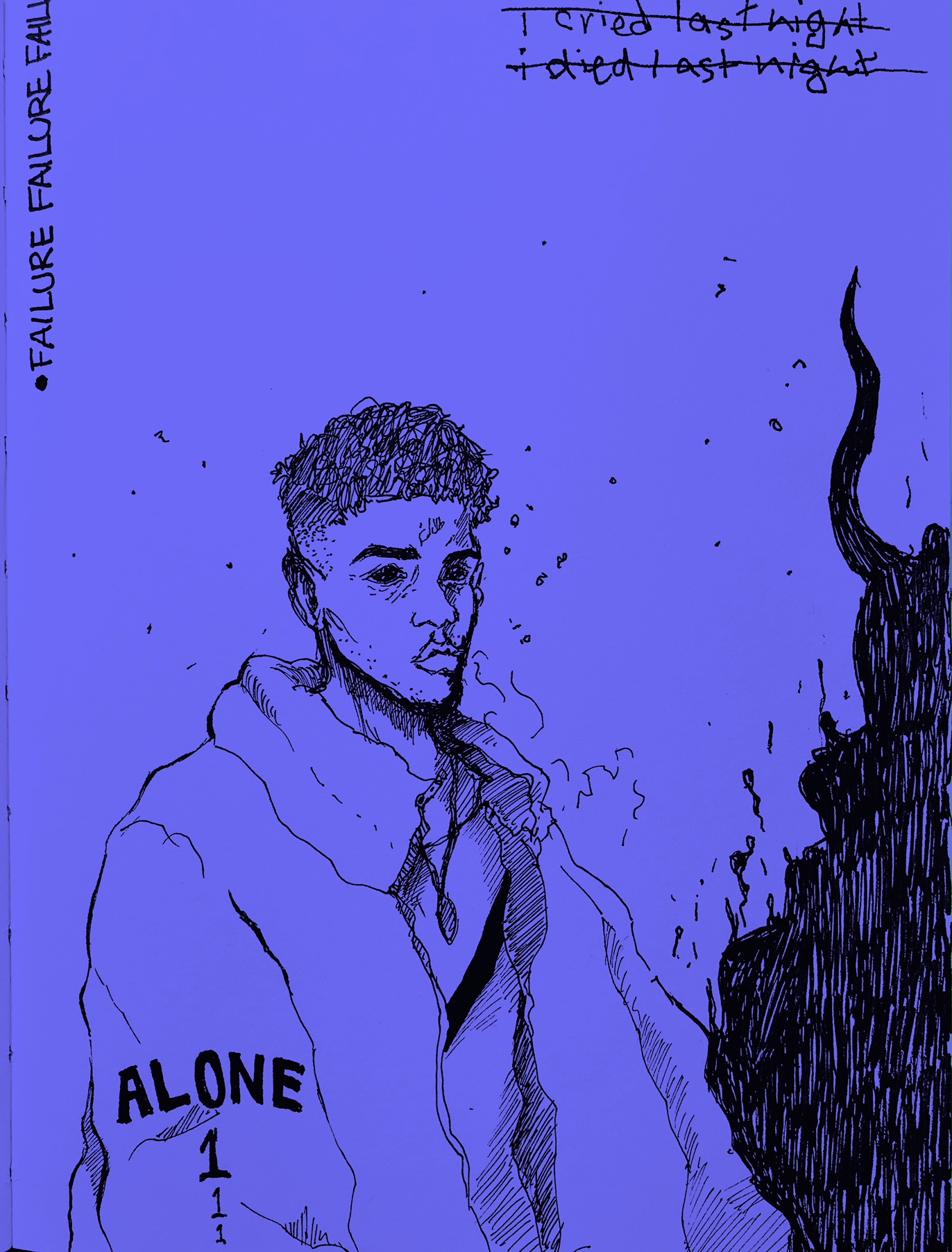 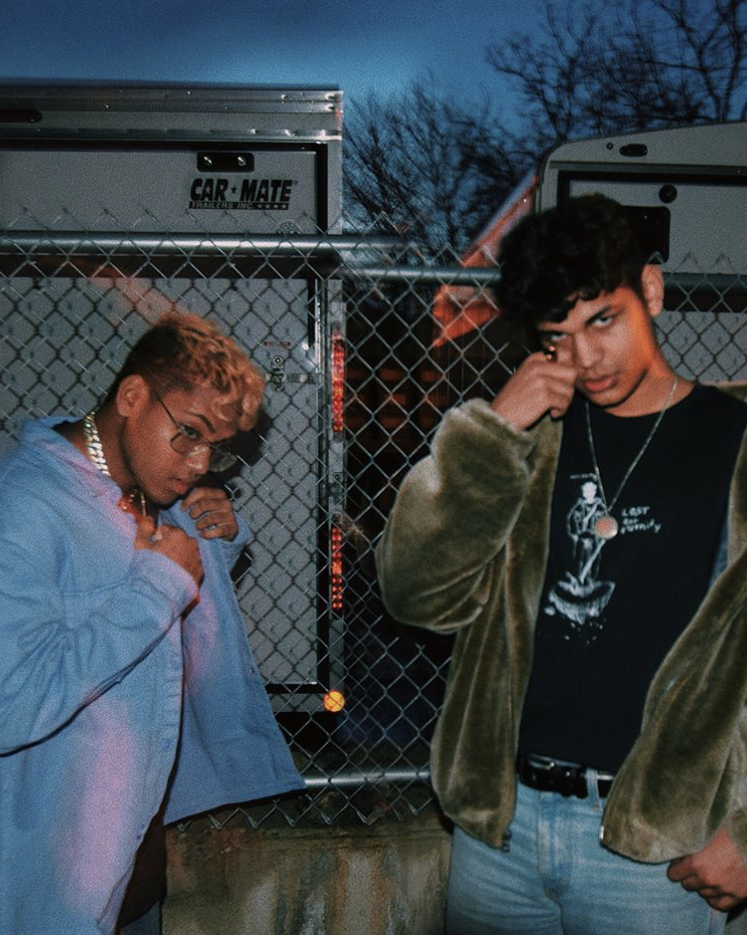 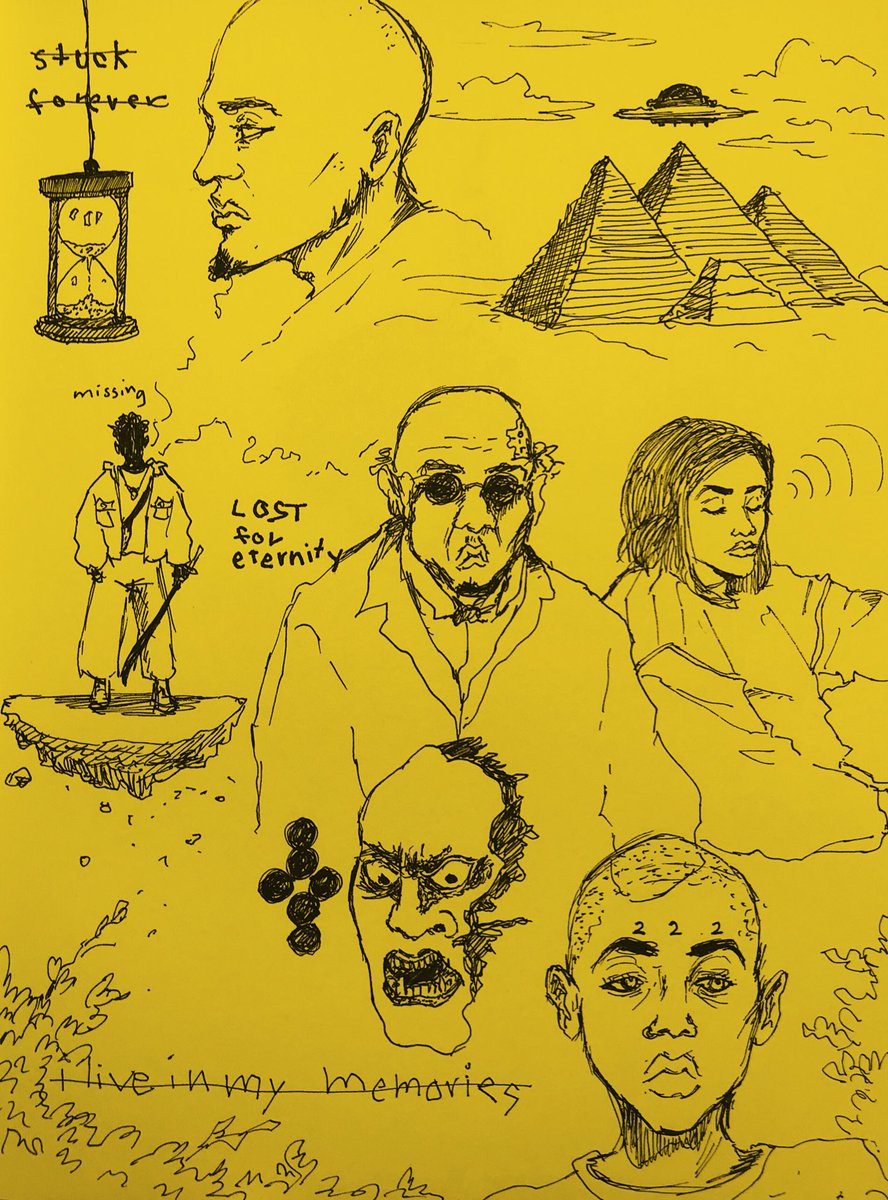 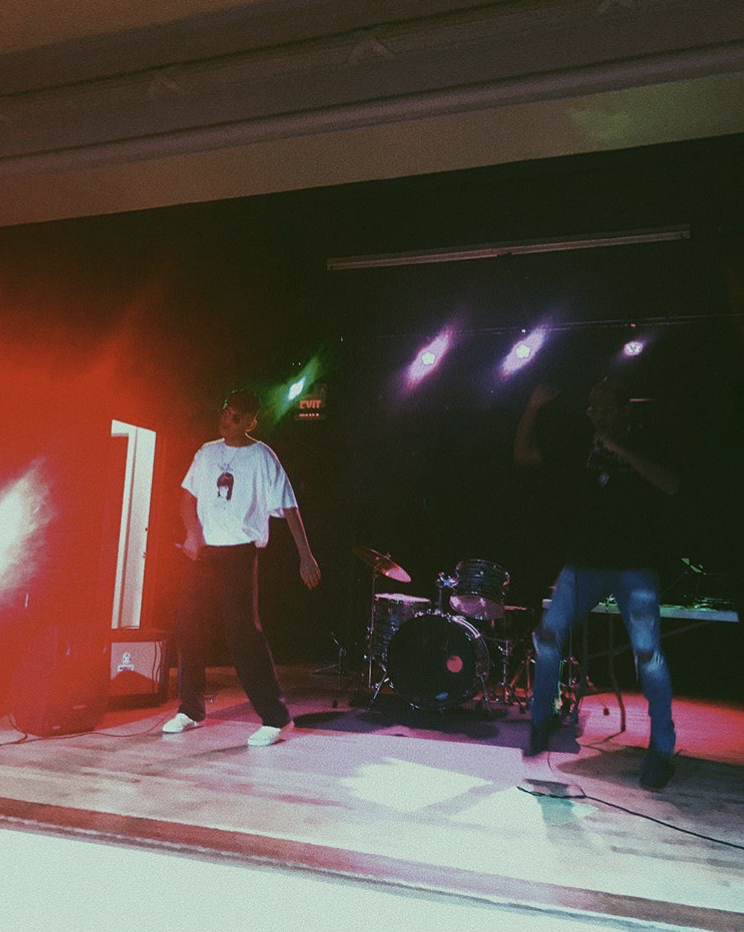 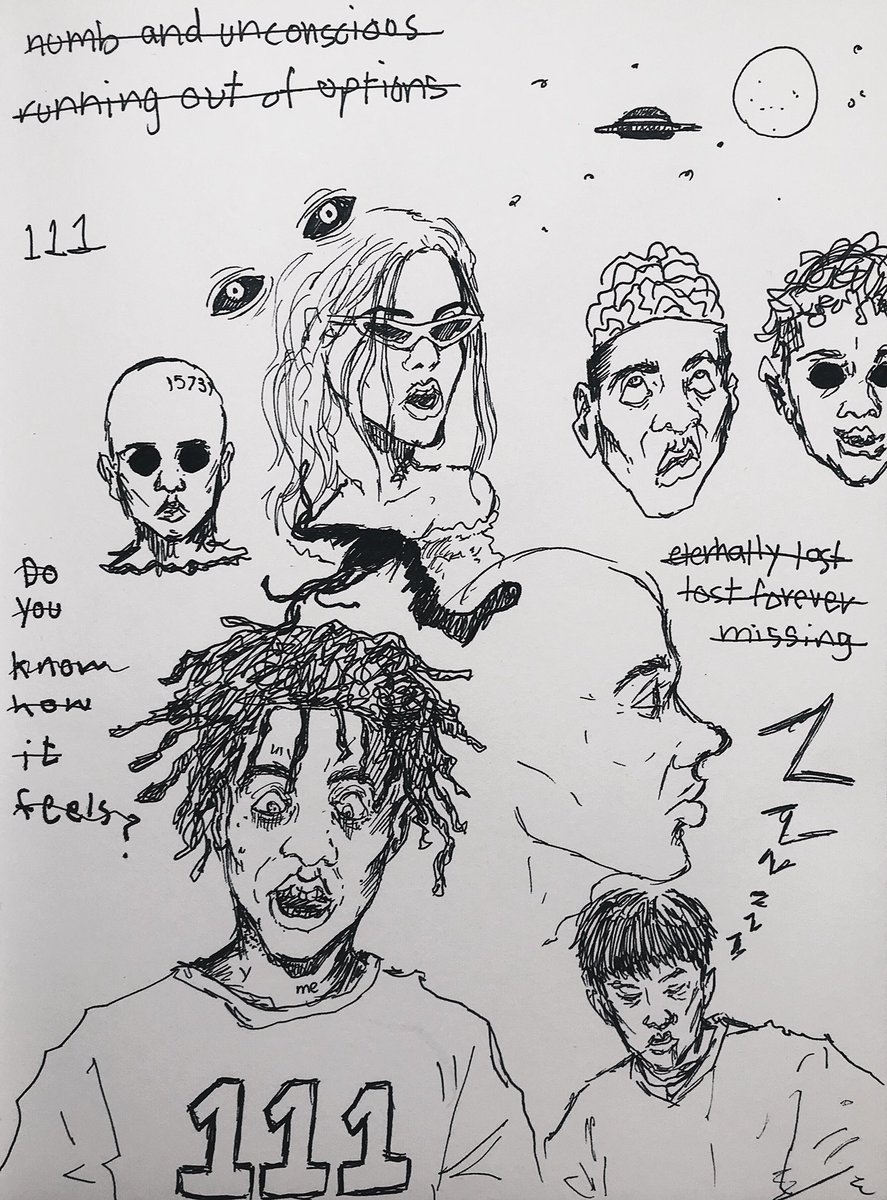 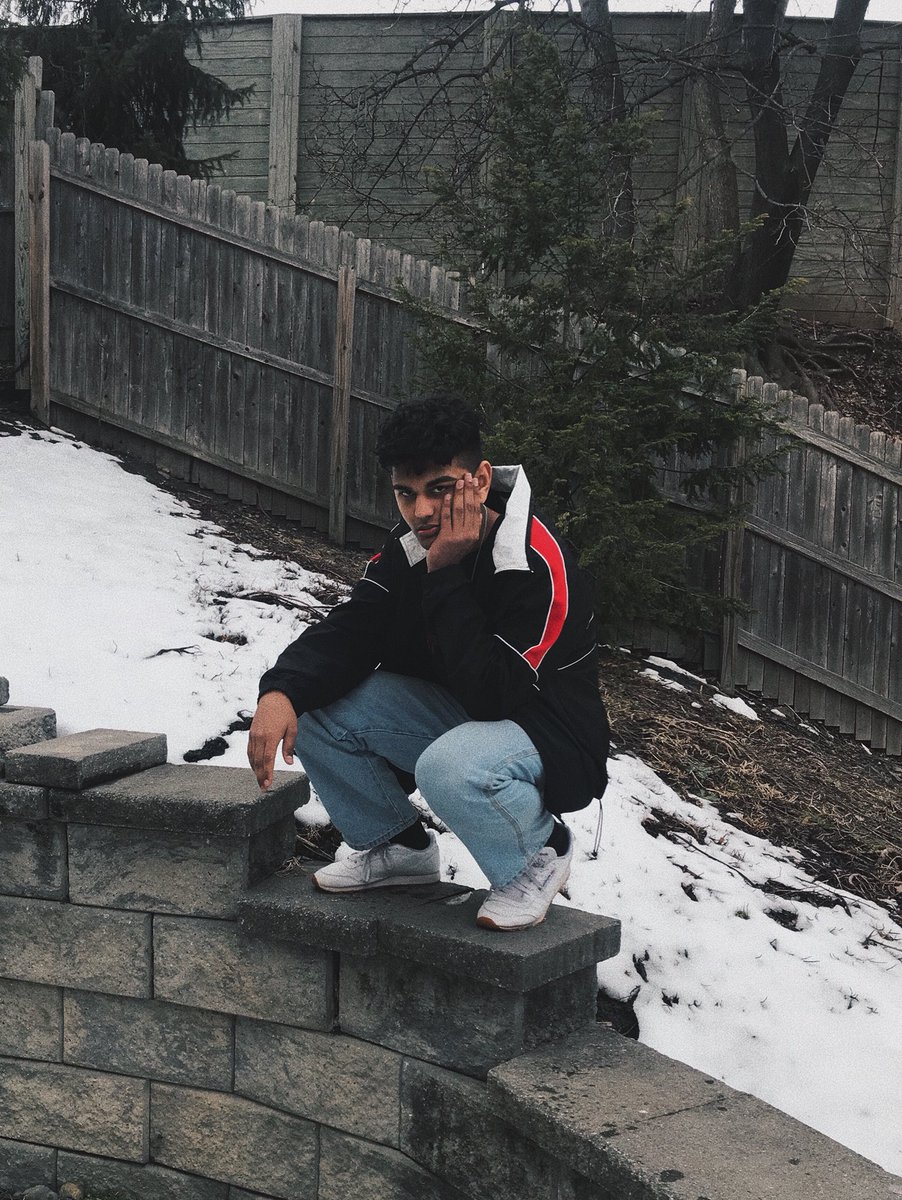 On a New Wave 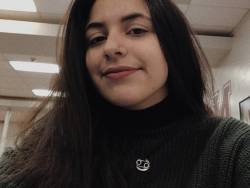 Submitted by Erica Dinardo on 9 April 2018

Art derives from one’s own reality. This proves true when looking at Tallal Ahmed, a Nutley High School senior’s, work. Not only does Tallal create art pieces, he also writes and produces music alongside his friend, Nick Butisingh, a Bloomfield High School senior. Ahmed incorporates his art into his style as well, usually sporting statement pieces like a denim jacket or ripped jeans. One can say he’s the embodiment of creativity.

Everywhere within Tallal Ahmed’s life, there is a pop of color. His parents were both drawn to art until they moved onto other pursuits. Although they never pursued art, their creativity was passed on to their children. Both Tallal’s siblings, Areesha, 15, and Zawar, 16, are active artists. A time that Ahmed notes his spark for art was when he was three and his mother complimented his work. He states, “I liked the attention it [art] got me when I showed it to other people, but soon I realized it was more than that and I can really express my emotions with it.”

Being in art class since eighth grade shaped his love for artists, Basquiat and Bryant Giles. These artists helped mold his pieces such as his favorite one, “I Died Last Night.” (Shown in gallery)

Drawing isn’t his only artistic pursuit, he also is involved in music with his best friend, Nick Butisingh. Their stage personas are 2knickb and 2ktallal, where together they make up the group of 2K. Ahmed describes the group as, “two people that step out of their comfort zone and make experimental music, that aren’t afraid to show a vulnerable side.” Starting on SoundCloud, a music sharing network that artists like Chance the Rapper began on, the 2Ks hope to move onto the mainstream. Ahmed says his goal is, “to become famous.” But for him it’s not just about the notoriety, he wants to connect with others through his lyrics like any performer. Although many might find the 2K’s music “weird,” it is created to challenge the boundaries of what music can be.

The 2K’s started simply in the cafeteria of John H. Walker Middle School. Tallal dropped his books and Nick helped him pick them up. Ever since then they were inseparable. Something came between the two when Nick was set to move to Bloomfield in the spring of Junior year. Tallal recalls, “In the beginning, it made making music harder, but we both had our mics so we could work separately.” He says the separation between made the music more experimental because they took different turns on their vocals when they were alone. In reference to his music, Ahmed states, “It all started as a dumb joke and something I did for fun.” It turned into something more when Ahmed realized the impact of music. His favorite song is “Failure,” which is currently not released.

With dedication and persistence, Ahmed shows no sign of stopping. He’s currently waiting for his admission from SCAD, an art school in Georgia, where he’ll be majoring in Fine Art. Although he claims his goal is to make music, it’s more to make an impact on others life through his expression.

To listen to the 2K's work go to https://soundcloud.com/2kxx.