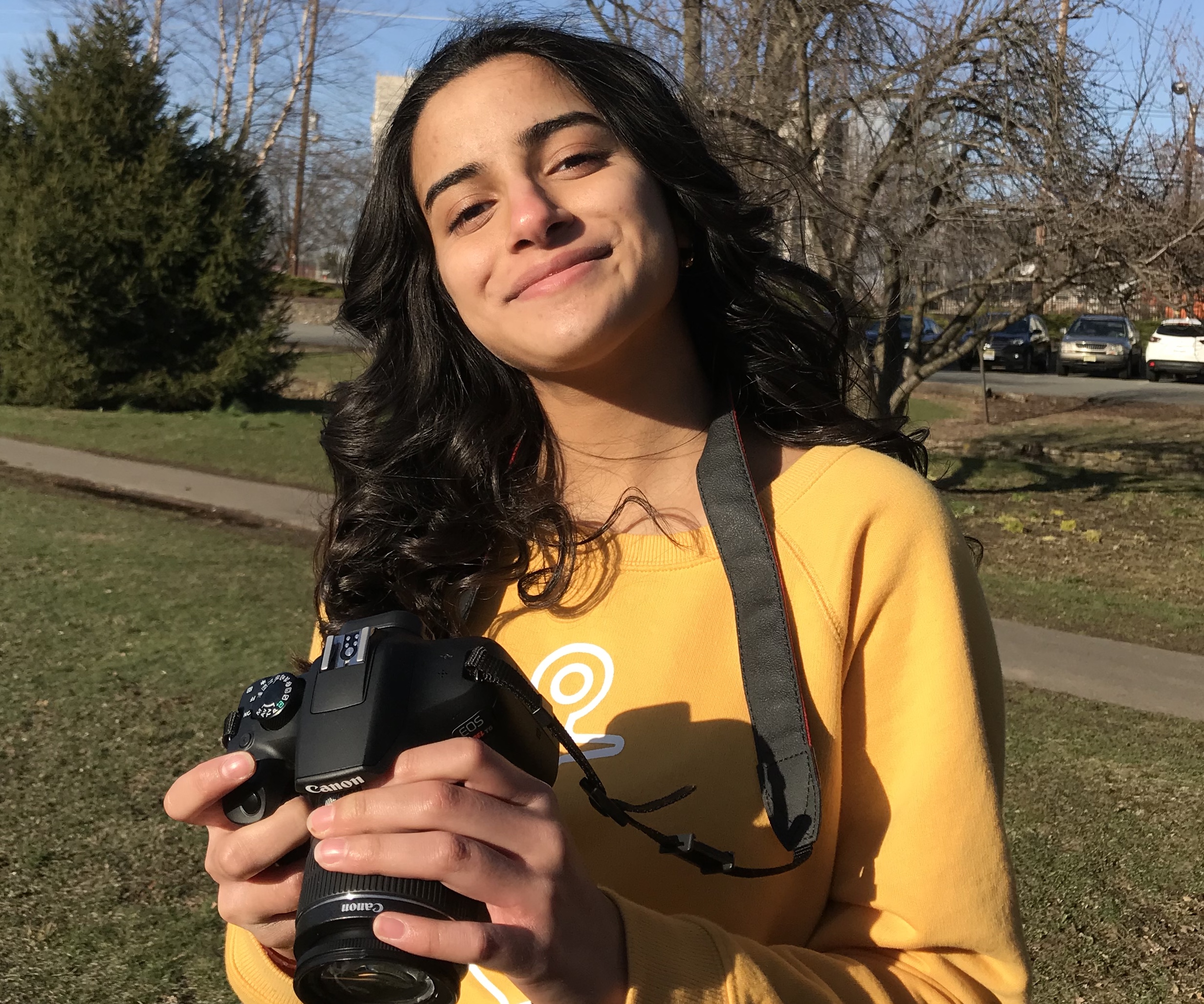 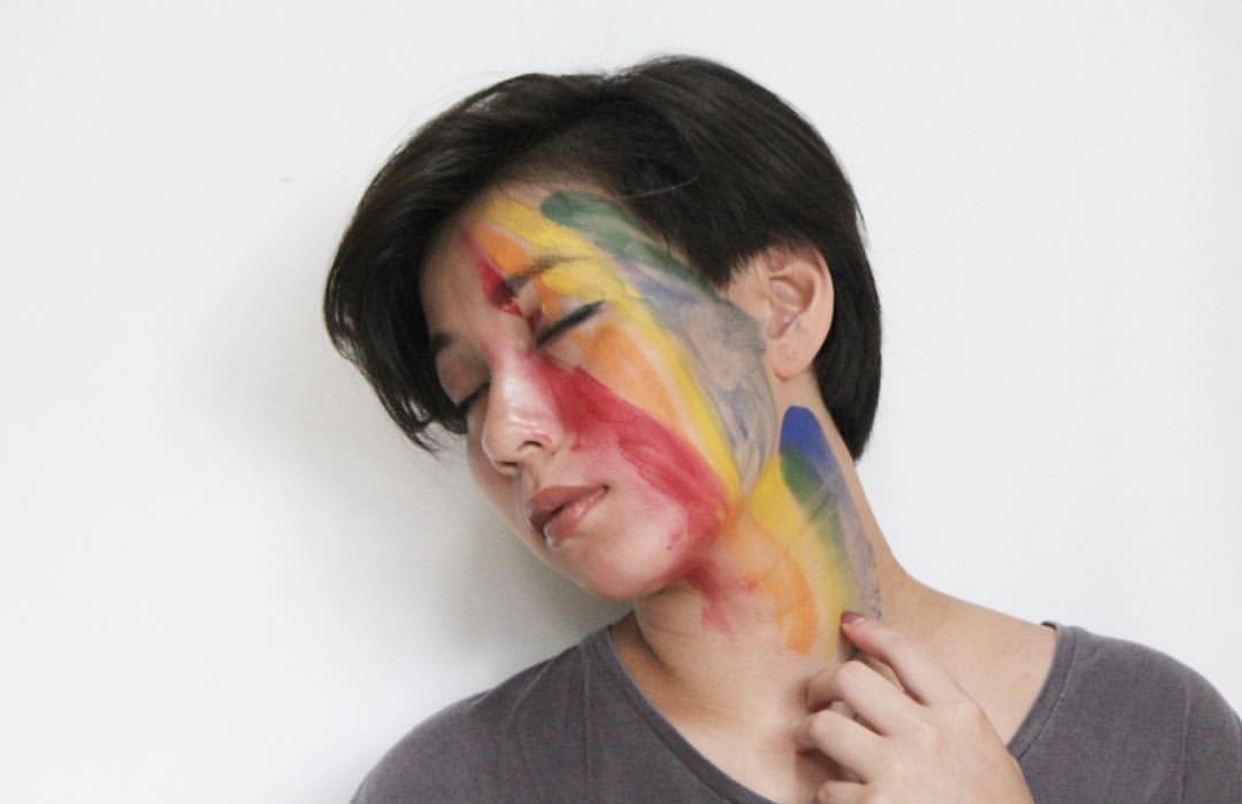 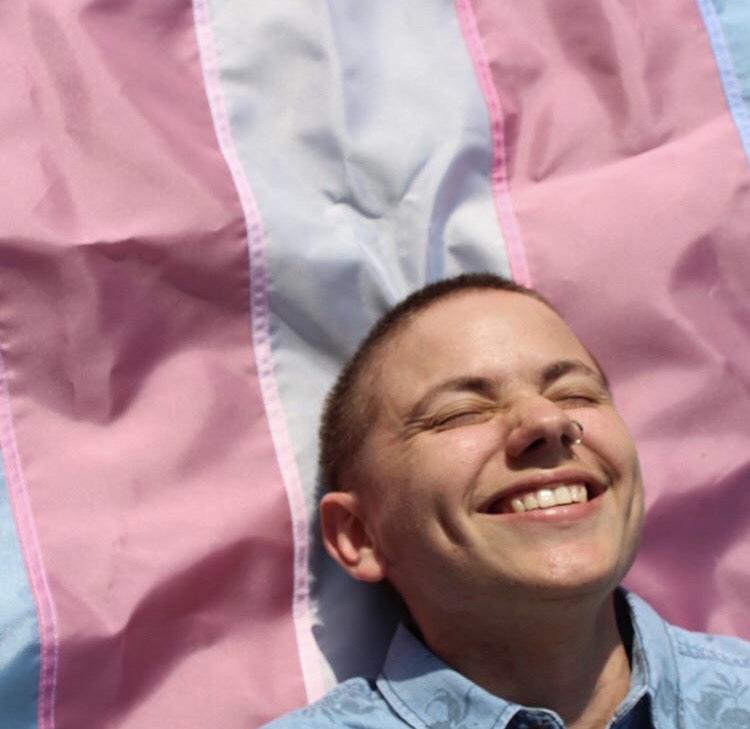 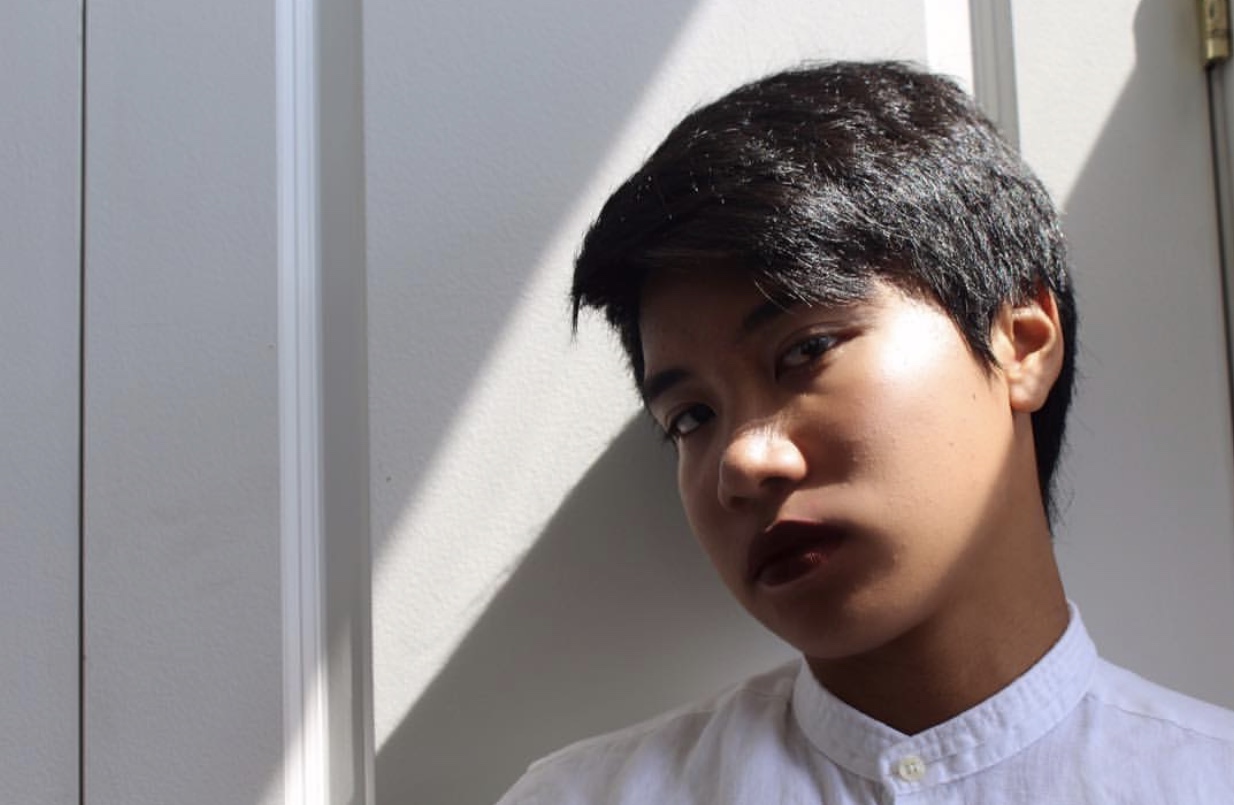 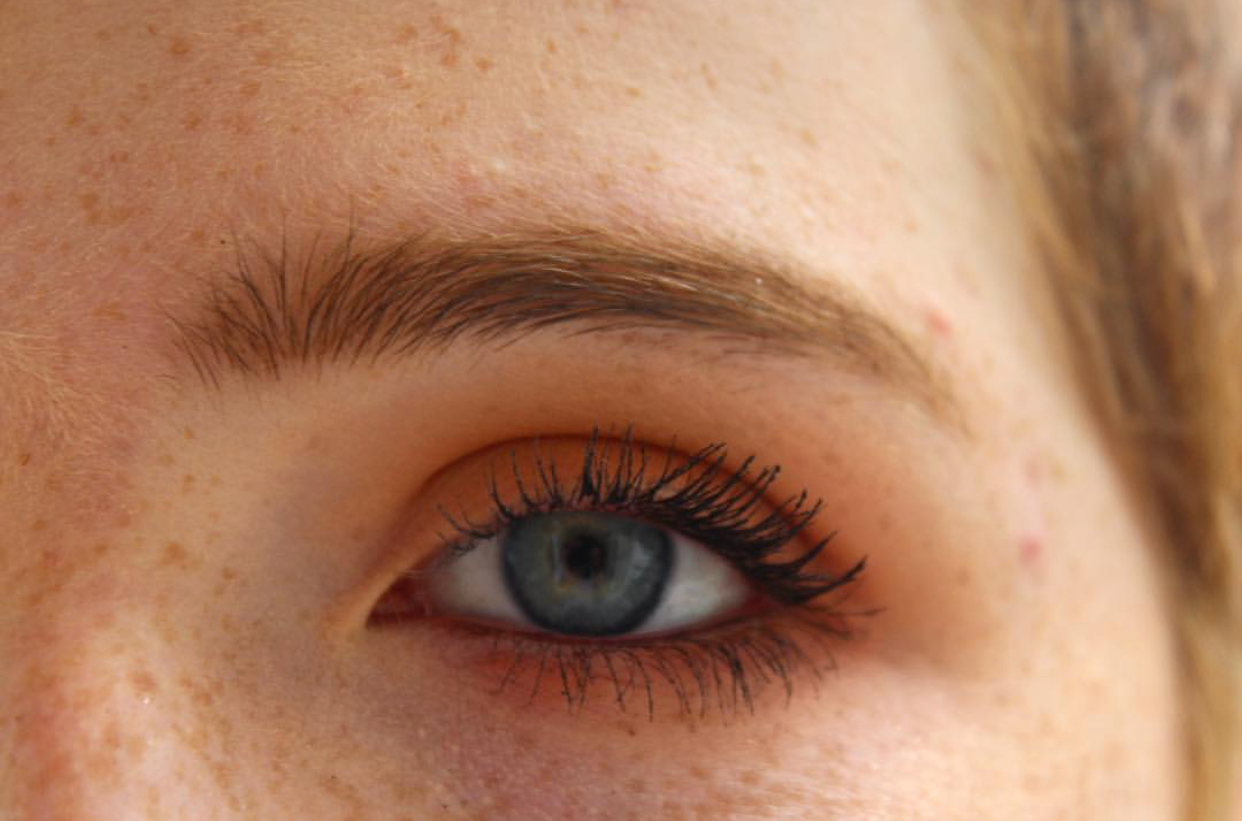 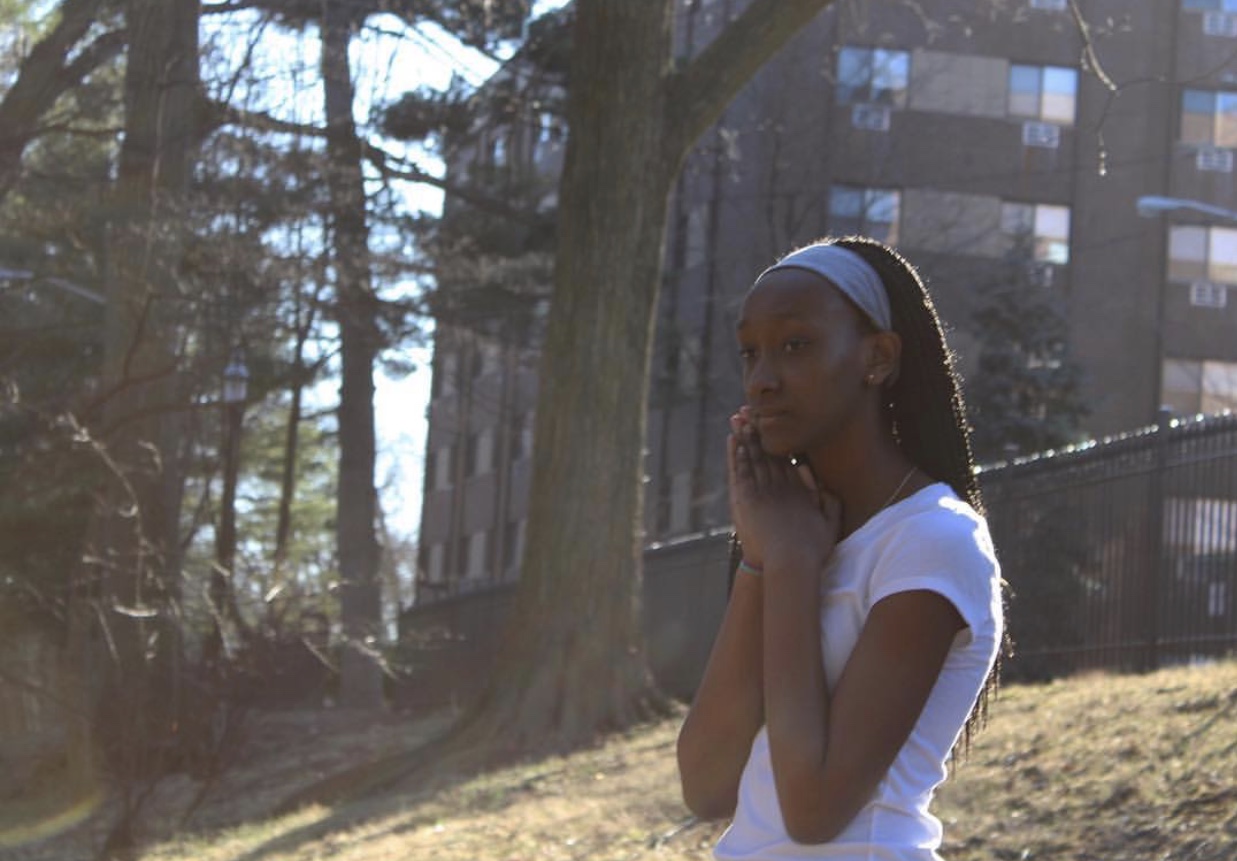 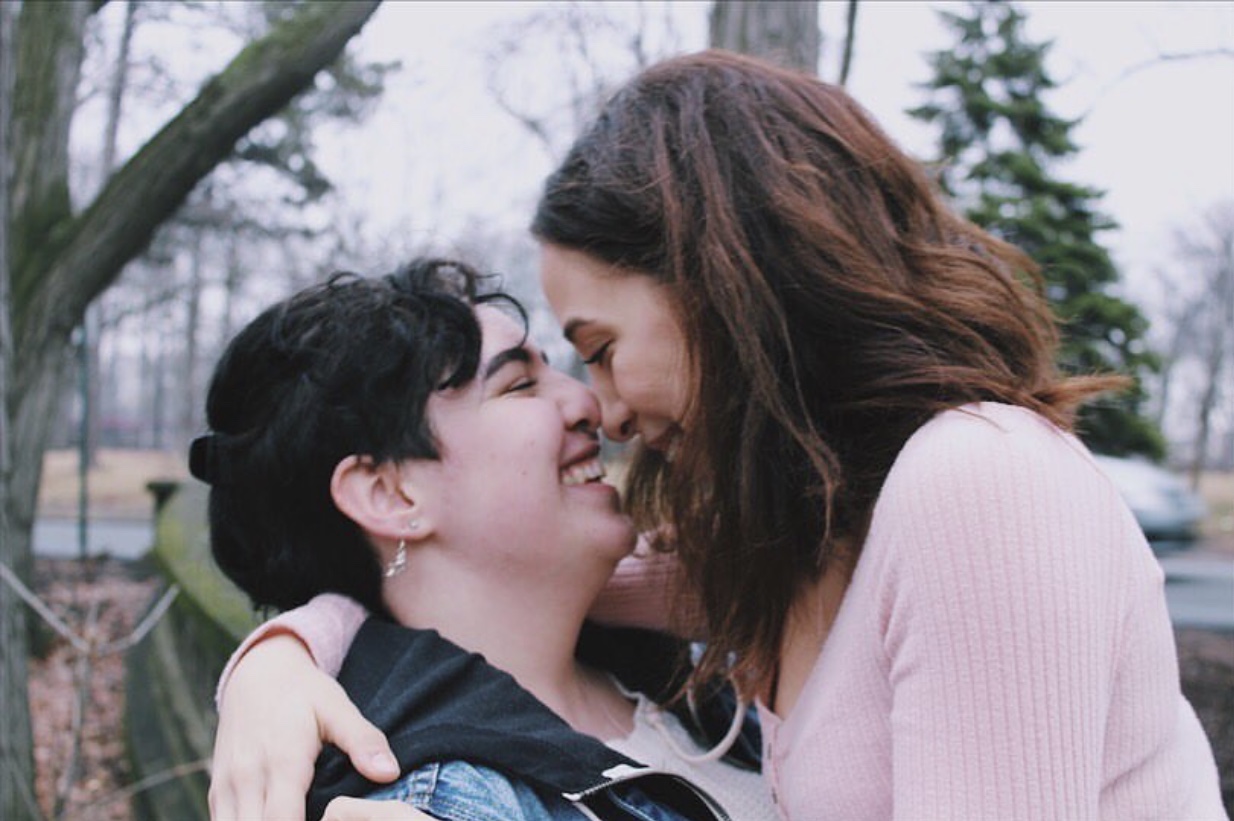 Submitted by Gabrielle Mackiewicz on 9 April 2018

It is not new for young people to be involved in politics and civil rights issues. With the many advancements in technology throughout the last decade, a new age of teenage activism has arisen. Teens now commonly use the internet to stand up for what they believe in. Krishna Desai, a sophomore at Nutley High School, does just this with her photography social media pages and the website she coded. The 15-year-old uses her platform, Empower Photos, to highlight those who are frequently overlooked in media, like people of color and those in the LGBTQ+ community, through pictures.

Desai does not know exactly how she got into technology and taking photos. What she does recall however, is that her grandfather enjoyed the art of photography, and that she has loved looking at pictures ever since she was little. These combined and caused her interest to grow.

In middle school, Desai took on videography before finally focusing on taking single shots. She created a public service announcement in eighth grade at John H. Walker Middle School on discrimination with a few of her peers. “My love for videography kind of evolved into taking photos,” Desai says. She took her passion for “making a difference in this world” and combined it with her photography. This basis was what molded Empower.

Empower Photos started first as an Instagram page, and quickly evolved to other platforms. “I took some photos of my friend Sophy, and I thought they were really cool,” Desai recalls. “I saw the potential in my photography, I wanted to start something new and inspire others.” This casual photo shoot, while hanging out, prompted the start of the Instagram account on July 17, 2017. It only grew from there.

Desai’s message is straightforward: “To defy the stereotypes of females in the field of technology and to feature the underrepresented.”

Since starting the Instagram page last summer, Desai has gained a following of about 290, and is continuing to grow. Her message makes itself heard to her followers: she recounted a direct message she received on Instagram from a follower back in August, who commended her for the representation she gives and the message she shares. Another commented on a photo posted at the end of February, saying how her pictures were very inspiring.

Outside of the online sphere, people have also complimented Desai on her work. “I really appreciate it, because I know the message I’m trying to send is spreading,” she says.

Desai’s photography typically focuses on portrait-style shots, with the main focus being the person. While many photos capture the models in their natural, everyday beauty, some use creative makeup or face paint to make a point, or simply just to create an interesting effect.

In her first photos, Desai’s models were close friends. She took pictures while they were hanging out, just for fun. It slowly evolved with planned photoshoots, and others from around school taking notice to her page, reaching out to her about being in photos. “They seemed really interested in giving representation to their own cultures, bodies, origins, and so on,” she explains.

Since starting, Desai has posted photos with a variety of people, including those of different ethnicities, backgrounds, genders, and sexualities. She is achieving her goal of empowering others.

Sophy Vuong, a sophomore at NHS, has been a model in several of Desai’s pictures. As one of her good friends, Vuong has been taking photos with her since the beginning. “We took the first couple photos and we saw something in it,” Vuong recalls.

She is also affected by Desai’s message, saying, “Through this I’ve found a way to express a different part of me that I usually wouldn’t be able to.”

Empower Photos’ growing popularity and a love for technology on Desai's behalf prompted her to start making a website, which she coded herself. It launched in January of 2018.

The beginnings of Desai’s interest in coding are a bit of a mystery. “Learning to code was a spontaneous thing,” Desai says. “One day during the summer I was bored, so I decided to face a challenge.” She thought it would be a fun hobby.

This hobby grew into a love for coding, and combined with her previous interest in tech and established Instagram page, the site was formed, “since people who don’t have social media would be able to access a website more easily.”

The process was not easy though, and issues were inevitable. Desai had troubles with some of the code processing and the final launch. Since she worked by herself, problems were hard to fix and she was forced to turn to the Internet for help, which could get confusing.

The current final product brings you to a home page, which displays artwork by NHS senior Kasper Della Luna. It also links to Empower’s social media and a portfolio of pictures.

This is not the site’s final form, however. “I’m planning to remodel the site, give it a new fresh look,” Desai reveals. As for her photography, she is constantly looking for new inspiration.

Desai’s love for tech and passion for uplifting others has led her to a platform for photography. With Empower Photos, she works to represent the underrepresented. She shows people simply being themselves, and it is the portrayal that is needed most.

Check out all of Krishna Desai’s work!